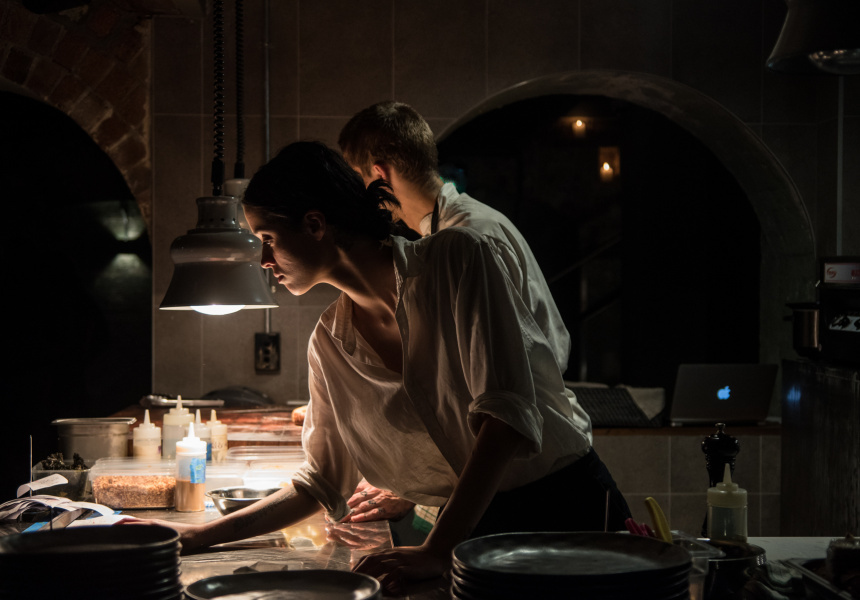 The Speakeasy Group isn’t known for subtlety. After showing off its panache with Eau de Vie, The Roosevelt and Boilermaker House in Melbourne, its opened its most grandiose yet – Mjølner, a Viking-themed, 120-seat underground whisky bar and whole-animal carvery.

Mjølner (pronounced “m-yol-near”) is the name of Norse god Thor’s hammer. Speakeasy owner Sven Almenning says the name created a backstory and concept to worth with – a modern-Scandinavian style bar-restaurant with Viking elements for a dose of fun and theatrics.

The first thing you see when you come down the stairs is part of a Viking ship. Almenning says a local craftsman has carved the head of a dragon to protrude from the wall. Then there’s all the ancient Viking replica weapons and armour pieces collected by the team.

The carvery has a daily rotation of four mains: a bird, a fish, meat and veg. It may be duck on Monday, chicken on Tuesday and pheasant on Wednesday. The animals will be done whole on a rotisserie.

Meat hangs visibly in fridges (converted from old kilns) and carved in a “carving throne” – an extension of the kitchen that flows into the dining space. There is also a “leg service”, where you can buy your own leg of cured meats and ask for it to be brought to your table, where it can be sliced for you on request. The starters and desserts will be more modern-Australian.

There are 450 whiskies on shelf, with plans to expand to 600, and a heavy focus on cocktails. There’s also some craft beers available.