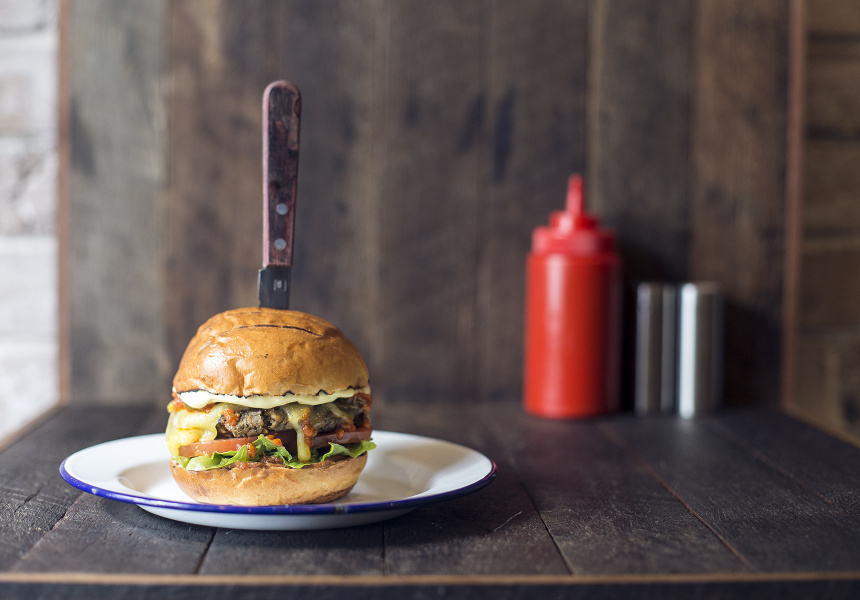 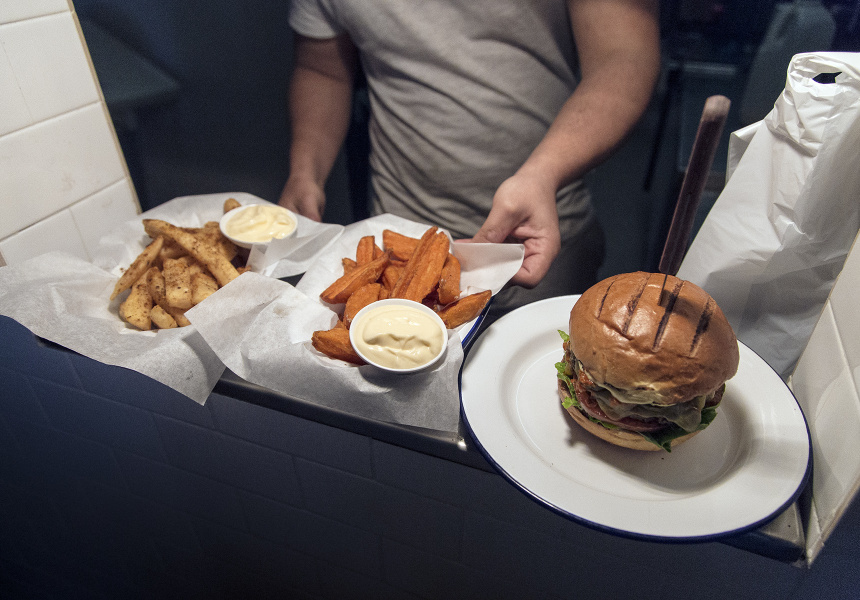 Soul Burger is Sydney's first entirely plant-based burger joint. Situated in a bar-like space at The Spot in Randwick, owner Amit Tewari is serving vegan burgers that are big, filling and packed with flavour. Tewari, who also works in cultured-meat research, imports the best vegan products from the US. The beef replica patties he uses are made from pea and soy proteins, and the chorizos are made like traditional sausage but instead of meat there’s a mix of vegetables, grains, herbs, wine and apple-cider vinegar.

The flagship Sumo burger is a juicy, but structurally sound, layering of vegan chorizo, cheese, plant-based beef, field mushroom, caramelised onion, tomato relish and herbed mayo. While the chili beef could be mistaken for meat and drips with melted cheese and relish, and the falafel burger is crisp, moist and full of flavour.