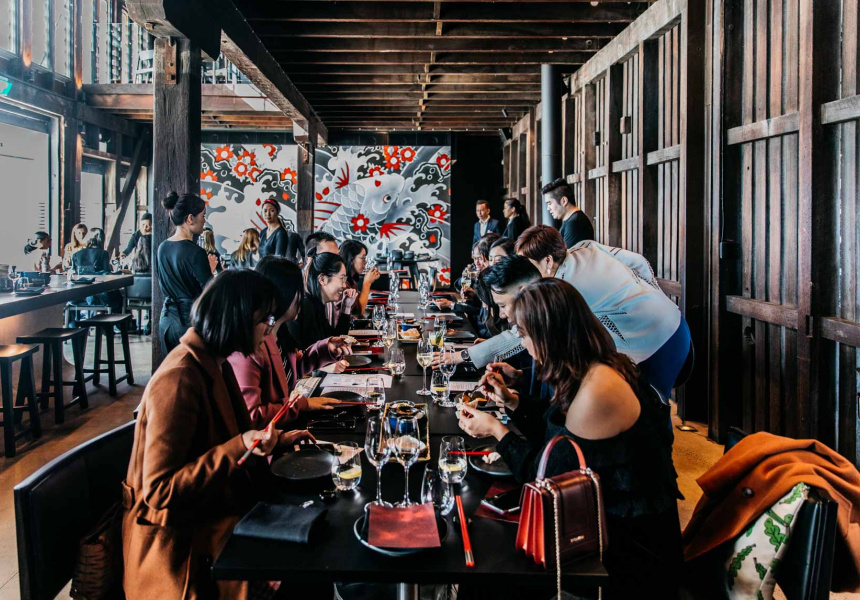 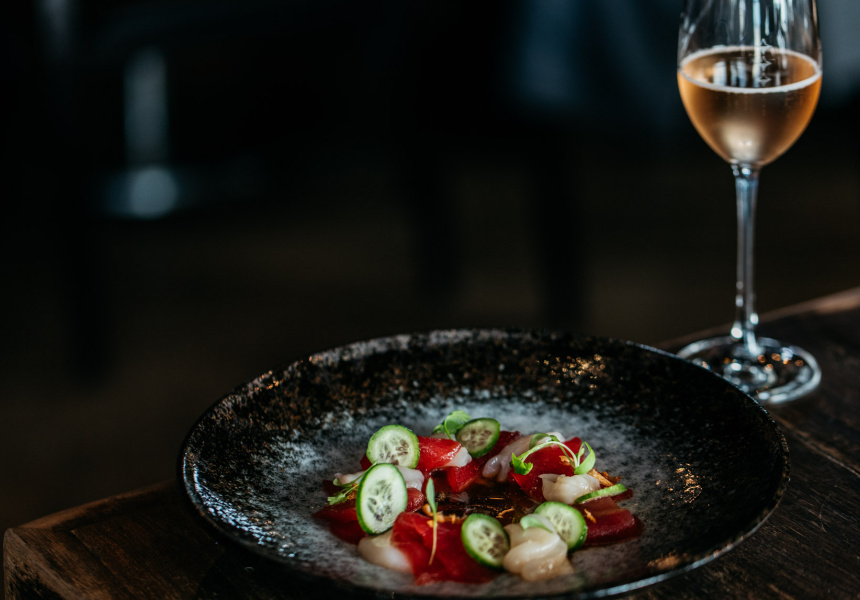 When Flying Fish took up residency in The Star casino in November 2018, its former Pyrmont waterfront location sat empty for months. In 2019, the enviable two-level Jones Bay Wharf space, with views of the Harbour Bridge in the distance, was taken over by Chuuka, a new Chinese-Japanese restaurant led by two of this country’s most highly regarded chefs: Sokyo’s Chase Kojima and Victor Liong, of Melbourne’s Lee Ho Fook (he also did stints in Sydney at Mr Wong and the now-closed Marque). Chuuka is the first property owned and run by The Star not actually within The Star.

The menu meshes the chefs’ two cuisines – Kojima’s Japanese and Liong’s Chinese – with Japanese ingredients and techniques used to make Chinese dishes. The concept has some history, which has given the restaurant its name. “Chuuka” were Chinese dishes introduced to Japan in the late 19th and 20th centuries by Chinese immigrants that were adapted for Japanese tastes.

Here that equates to a much lighter version of the sweet and sour dishes found right across China. There’s tempura-battered chicken coated in a sweet and sour yuzu sauce and then served with scattered dried chilli. The citrus and spice are ramped up. There’s also blue swimmer crab and scallop fried rice with Japanese XO sauce cooked Tenshindon-style, which is Chuuka’s take on a Japanese-Chinese crab omelette on rice dish. A Japanese steamed egg custard, or chawanmushi, isn’t as light – it comes with a steamed foie gras custard so it’s super savoury, rich and not dissimilar to eating pate.

While the food is a mix of cultures, and it most definitely works – the dishes are exciting and energetic, matched well to the handsome, moody and contemporary space. The colour scheme is dark, and walls re covered in floor-to-ceiling murals by local tattoo artist Deepak Munsami.

There’s a separate bar menu so if you want to come in for a drink and a snack you can. The cocktail list has been inspired by the five Chinese elements: wood, fire, earth, metal and water. Wood’s a good place to start. It has barrel-aged hickory-smoked shiso umeshu (perilla liqueur), bullet rye and Campari.