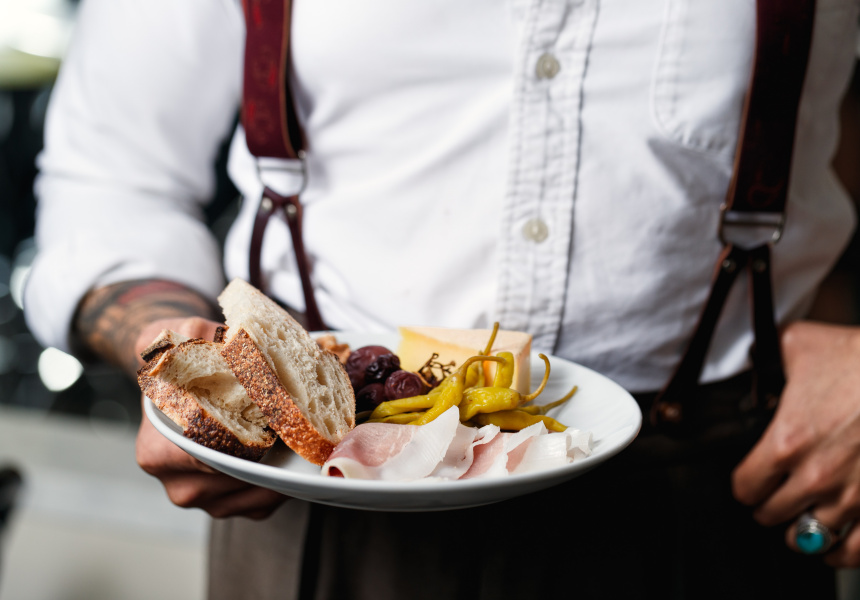 There isn’t a single drink on the first couple of pages of Bar Clementine’s menu. First there’s an acknowledgement of the traditional owners of the land, then a Theodore Roosevelt quote (“Comparison is the thief of joy”), followed by a full-page foreword starting with “I do not believe in cheap wine”.

That’s one way to show people your wine bar isn’t a regular booze counter. The other is to serve good stuff. That equates to 13 wines by the glass and 20 by the bottle – most are Australian, many are French, and several are natural, but there are no rules on provenance or style.

Like the wine list, the food defies categorisation. Before co-owner Eric Mendoza opened Bar Clementine he founded and ran Clementine cafe (just a few doors down the road), and before that was a sommelier at Bloodwood (he’s also worked at Porteño and Baxter Inn).

Bar Clementine looks like a wine bar from another decade. The Brad Swartz design includes a luxurious timber-backed marble bar that wraps around one side of the venue. The other side is elegant timber table seating. The interior is flooded with natural light from the big, window-fronted facade.