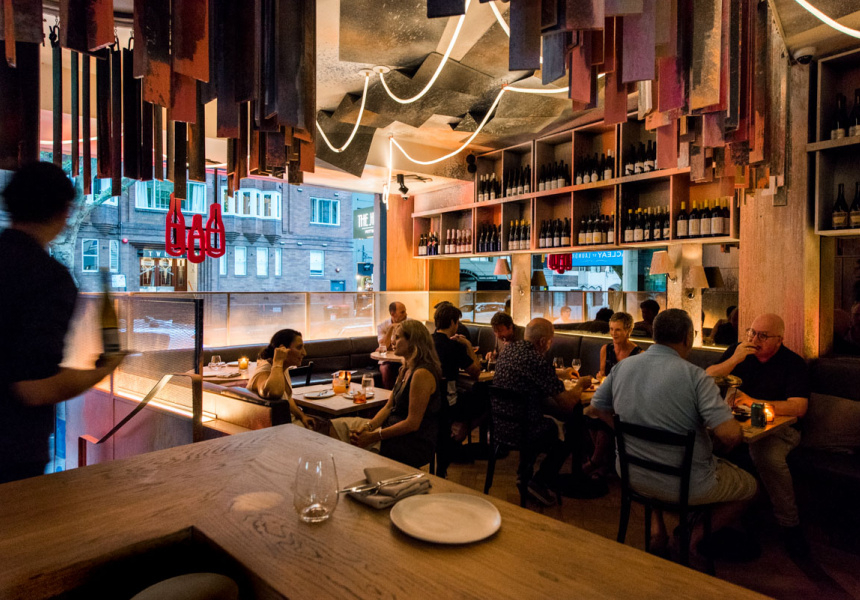 Given that the other venues in the Bentley Group (Yellow, Cirrus, Monopole, Bentley) occupy spots in the upper echelons of Sydney’s dining scene, it’s not surprising Savage has strong opinions about what makes a good pizza. Ria's uses a sourdough base, with a biga (a pre-fermented baker’s yeast starter) that's fermented for 36 hours before we mix the dough. After the dough is made, it’s fermented for another 24 hours.

The result is at first crisp, then chewy – a bit like the pizzas you might find in Rome or northern Italy. Savage describes the pizza style as Australian. Aussie influence is definitely evident in the toppings – which include northern Queensland prawns, octopus from WA, and saltbush – as well as in sides such as Sydney rock oysters, and the use of plenty of fresh produce.

The rest of the toppings are creative. There’s a prawn, tomato, saltbush and XO pizza, and a shaved ham, clam, parsley and capers option. There are also decadent additions such as white truffle, bottarga and Black Pearl beluga caviar (which will set you back $180 for 30 grams). But overall, Ria Pizza & Wine offers a more casual experience than the group’s other venues, with walk-ins and takeaway encouraged.

As always, sommelier Hildebrandt is overseeing the wine list, which is a small, streamlined collection of his favourite producers.

Although the original Monopole dining room remains mostly intact, Ria is dominated by a “recolouring” project by Melbourne artist Ash Keating. The result is colourful and dramatic. Splashes of fluoro paint covers the ceilings, walls and an industrial sculpture that hangs from the centre of the room. Lengths of illuminated ropes hang like bunting from the ceiling, emphasising the paint spatters.