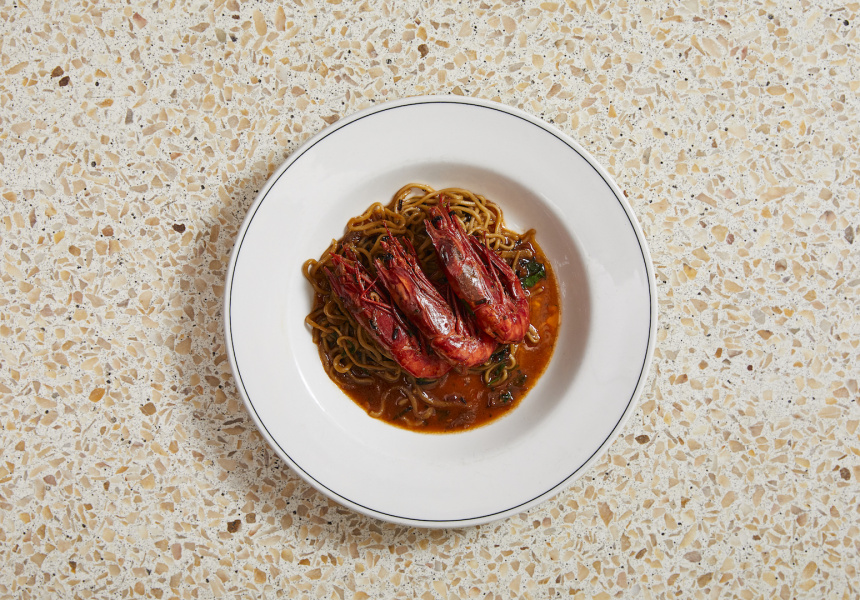 In October 2019, bistro and cocktail bar Lotus reopened on the same site it launched at back in 2002. Executive chef Dan Hong (Ms.G’s, Mr Wong) has returned to the kitchen where he first cemented himself as one to watch on Sydney's dining scene.

The Merivale venue closed in 2012 after a decade in the space. More recently, the site was home to fellow Merivale eatery The Fish Shop, which closed back in midway through 2019.

Lotus is where Hong – now a lauded chef and TV personality – landed his first head chef role back in 2008. During his tenure, he created dishes that have since become the stuff of Sydney legend – most famously the Lotus Cheeseburger, which oozed with thin, caramelised onion, Japanese mayo and American-style cheddar. But for the 2019 iteration, there have been some tweaks and upgrades.

The new patty formula, crafted with help from Gregory Llewellyn from Haverick Meats (and ex-Hartsyard) uses coal-smoked brisket and dry-aged beef fat, while the old burger buns have been swapped out for Martin’s potato rolls. Other classics such as the hot-fudge sundae, steamed fish and tuna with sweet wasabi are also back on the menu.

The bar has a punchy cocktail list that harkens back to the late night reputation of the original diner. Classic cocktails such as the Lotus Martini and the Celestial have made comebacks, alongside some new concoctions.

Sadly for Sydney, Lotus isn't back for good – this is just an extended pop-up. Maybe we'll get a Lotus 3.0 if this one goes well, we'll see.