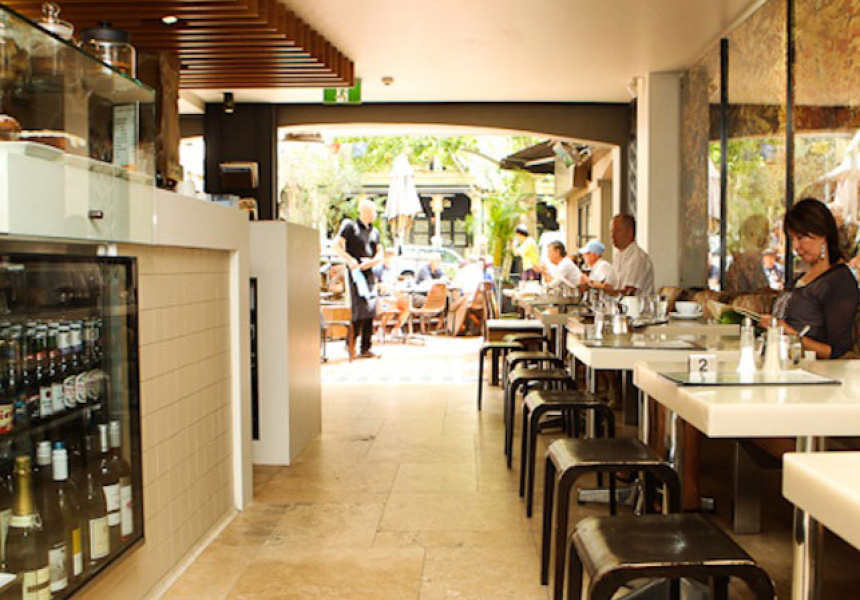 If there is one word to describe Potts Point cafe Uliveto, it’s polished. The Single Origin coffee always arrives promptly and is always perfectly made, at just the right temperature. The food is presented with hotel elegance. There is nothing casual about the service, even though it is a very relaxed place to be.

Walter Rosin has been making and serving food his whole life, ever since his apprenticeship in Austria when he was 16. A succession of successful businesses in Melbourne and Sydney has led to this pinnacle of the cafe genre. With partner Keith Miller, they set up Uliveto, at first in a tiny alcove underneath an apartment block in the section of Bayswater Road better known for noisy pubs.

The formula worked so well that they expanded, doubling the seating capacity and the size of the kitchen. Now they have the space to do all their own baking, and the array of cakes, pastries and croissants laid out on busy weekend mornings is astonishing – more what one would expect in Europe than Sydney.

Breakfast consists of mueslis and classic egg dishes and also includes the traditional fry-up, but accomplished with much more aplomb. The lunch menu includes a great salad niçoise and a good selection of entree-size fish and pasta dishes with daily blackboard specials.

The clientele is hard to define, so you are as likely to be sitting next to a glamorous personal trainer and his celebrity client as a couple of filmmakers discussing their next project, or a writer scribbling in the corner. Oh, and of course, it wouldn’t be Sydney if there weren’t a real estate agent and a model within earshot.