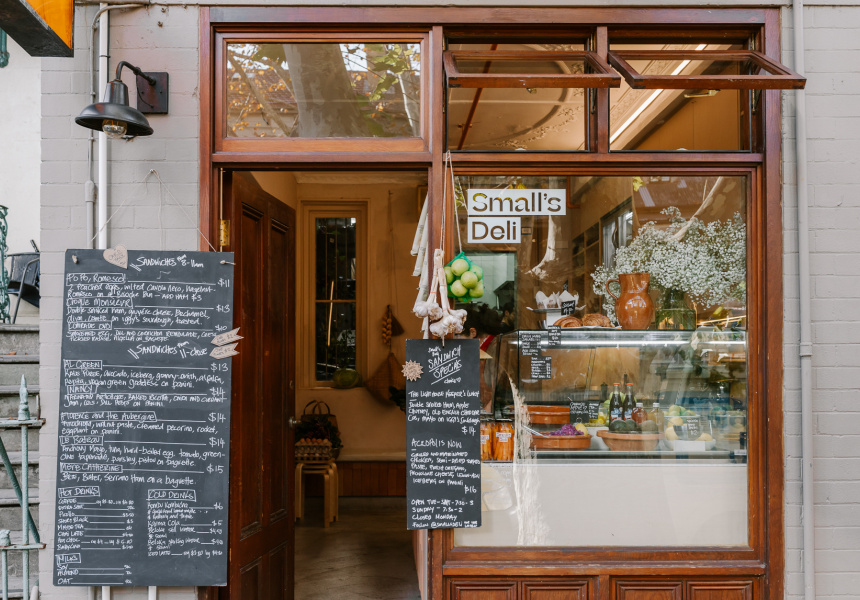 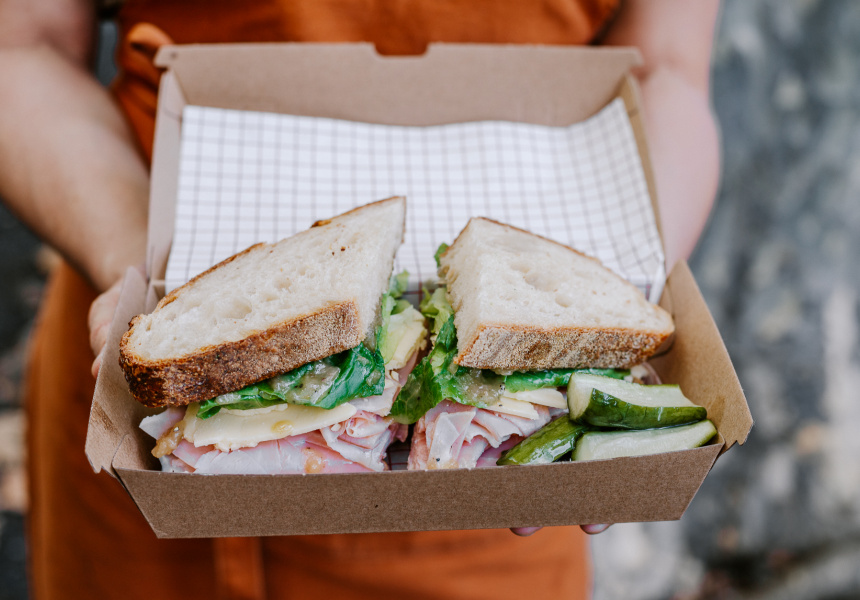 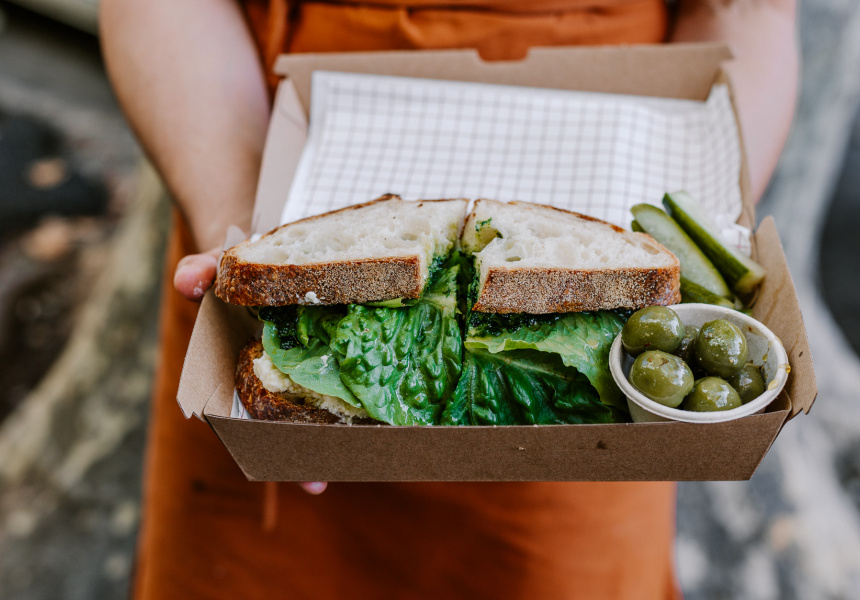 Small’s opens early in the morning for brekkie sandwiches, pastries and Reuben Hills coffee. The croque monsieur is a morning favourite. Shemel's take on the French classic is a melty, gooey, warming stack of double-smoked ham, gruyère and comte cheeses, bechamel sauce and dijon mustard, packed between two slices of Iggy’s sourdough toast.

Lunch is a tight and regularly changing sandwich list offers six staples and two specials. There’s Florence and the Aubergine, filled with finocchiona (a Tuscan salami infused with pepper), walnut paste, creamed pecorino cheese, eggplant and rocket on panini. Meanwhile, the Nancy is a combination of baked ricotta, marinated artichoke, onion-and-currant jam, cos and dill gremolata on a panini. And the Al Green is a vegan-friendly pile of kale puree, avocado, iceberg lettuce, Granny Smith apple, alfalfa, pepita and vegan mayonnaise on a panini. There’s also a choice of salads, as well as a bunch of extras and sides.

Van Loon’s design background (for the past four years she’s worked as a graphic designer, and was a visual merchandiser for Aesop before that) is on show around the store, from the grid paper that wraps the sandwiches, to the cool branding. The couple have made the most of the pint-sized interior. Jars of house-made jams, syrups and preserves line the shelves; garlic braids hang from the walls; and a suspended fridge displays meats and cheeses, ready for slicing.