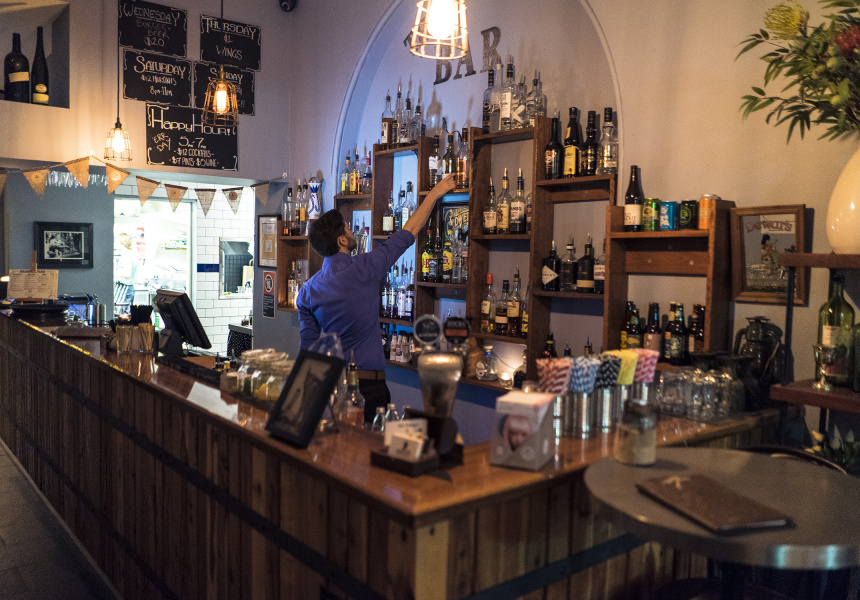 When a cafe or restaurant says it does everything in house, what it often means is that it pickles a few things and make its own sauces. When Joe and Nick van der Heide say that, it means something. The two brothers run Parson’s Bar and Kitchen in Potts Point, with chefs Byron Dunn and Daniele Sciara.

Take the pork burger. The potato buns are baked in Sciara’s home oven and the pork belly is smoked for nine hours in a remodelled pizza oven. The fettuccini at the base of the beef-cheek ragout is made in the tiny kitchen at Parson’s, as is the spinach and feta ravioli, the ice cream, all of their sauces and the bacon salt.

The wine and beer lists show a similar level of care. They’re filled with reasonably priced bottles and cans from mainly Australian makers, with attention to less common names. The cocktails are colourful and creative without being overly showy. Try the Camillo Sling: Campari, Beefeater gin, sweet vermouth, cloudy apple juice and soda.

There’s a surprising level of dedication and craft for such a relaxed, small bar. It doesn’t look particularly fancy, and doesn’t feel it either. The entire fit-out, which is vaguely 1920s in theme, was built by the four friends, who used opportunistic scavenging and a lot of favours. Put dibs on the chesterfield and settle in.