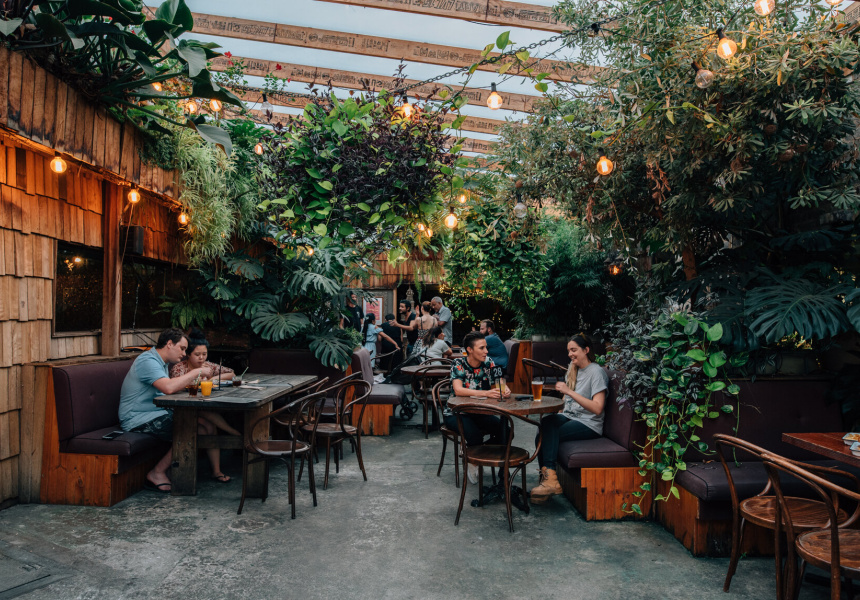 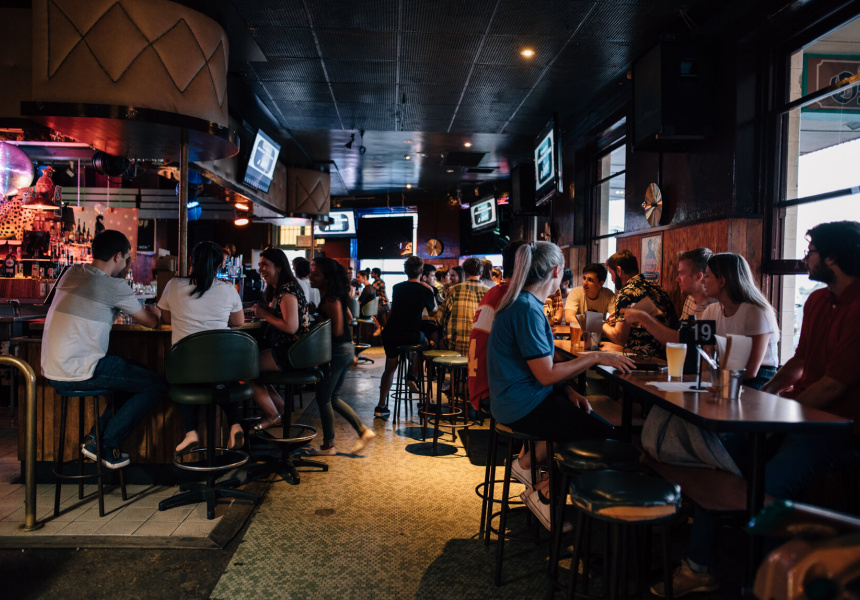 James Thorpe and his brother Josh – who also own The Taphouse in Darlinghurst – took over the Oxford Tavern in January 2019. They brought in a horticulturalist to turn the beer garden into an inner-city jungle and added a barbeque pit to complement the pub’s enormous meat smoker, Black Betty.

Chef Neil Mudie is an expert meat smoker. On weekends The Oxford Tavern barbeques over 200 kilos of meat. But it’s not just about brisket and burgers. On Thursday nights Black Betty is fired up for exclusively vegan fare, like pulled jackfruit and tempeh. There are also two vegan burgers on the regular menu and substantial salads such as the compressed-watermelon salad with watercress, mint and toasted almonds.

In comparison to the Taphouse’s 60 beer taps, the Tavern only has 12, but it looks to the local craft-beer scene for stock. They try to serve as many beers as they can that have been made within a radius of five kilometres. Luckily, they’re in a good radius – Wayward Brewing Co, The Grifter, Young Henrys and Yulli’s Brews are all nearby.