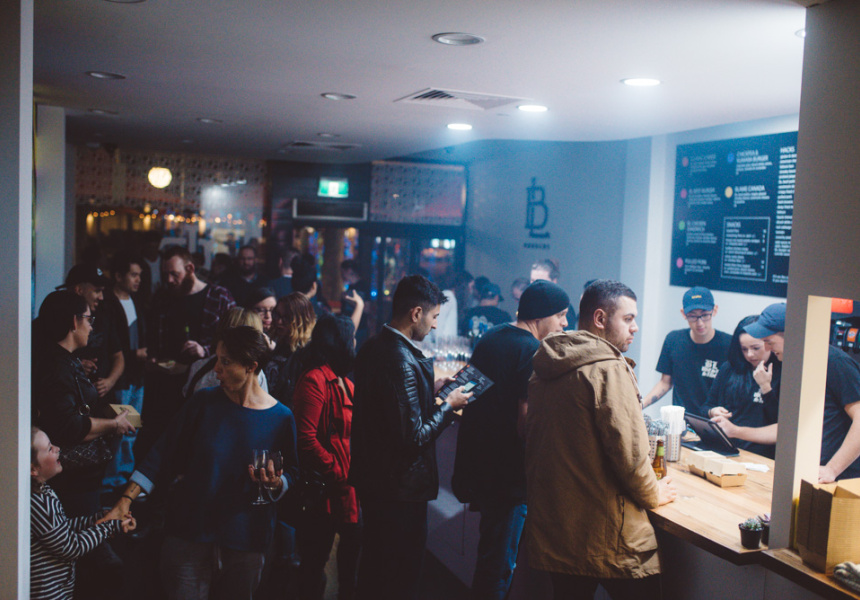 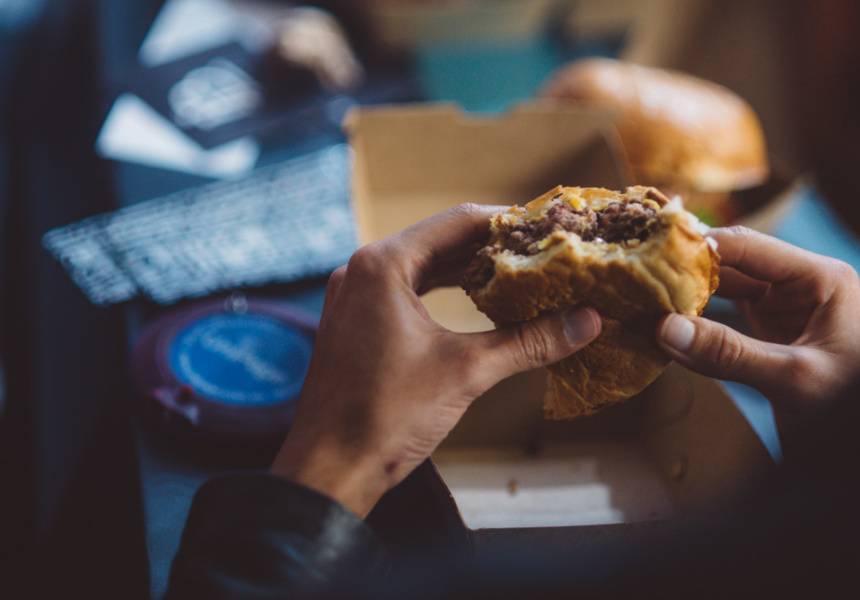 Amid Sydney’s big burger explosion there were a lot of cries that it was too centralised. Western Sydney, for one, was missing out. But things have changed. Bar Luca’s spin-off BL Burgers opened in Parramatta in May 2017 – the third location, following venues in Bondi and Darlinghurst.

The menu features the same weekly classics as the sister stores, such as the 200-gram Wagyu patty with streaky bacon, American cheese, tomato, lettuce and pickles; and a chickpea and kumara version. It also has some exclusive specials.

Like the other venues, the Parramatta store design is far from the diner-style that dominates a lot of burger openings. It’s bright and minimalist, with clean lines and timber benchtops. A mural wall by Brent Smith nods to the area with symbols from the Western Sydney Wanderers and the Parramatta Eels.