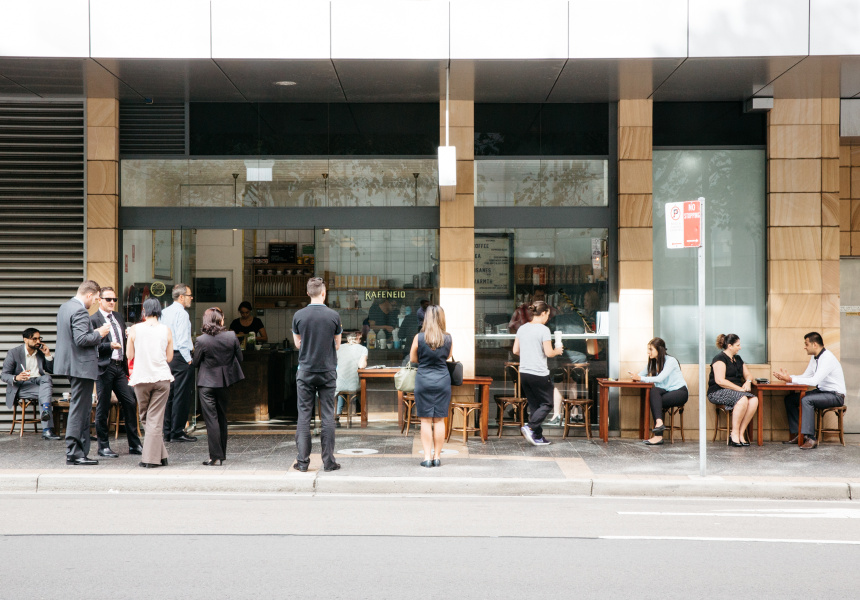 Manuel Mihas has been in the cafe game since he was 17. Back then he was in and out of shopping centres grinding away with the basic norms of the coffee world. Now, several decades later, he’s looking for a different, more interesting experience for both him and his customers. Kafeneio (Greek for coffee house) is his miniature coffee bar.

It’s a simple offering but rather different to what Mihas is used to. Rather than the commercial coffee he’s accustomed to brewing, now he’s working with Alexandria specialty roaster Mecca. Same goes for his other brews – teas are made with leaves from Lidcombe’s Tea Craft and hot chocolates with the increasingly popular African Red Chocolate from Grounded Pleasures. The only thing he’s taken from his previous cafes is Tammy Melashich, a barista he’s been working with for more than a decade.

Breakfast is equally simple with a small range of unadventurous sandwiches (mostly meat- and cheese-based toasties), muesli cups and avo on toast. Most of Mihas creativity has gone into a beautiful fit-out that resembles a vintage hotel lobby, with a timber bar and standing-room-only, newspaper-reading room.