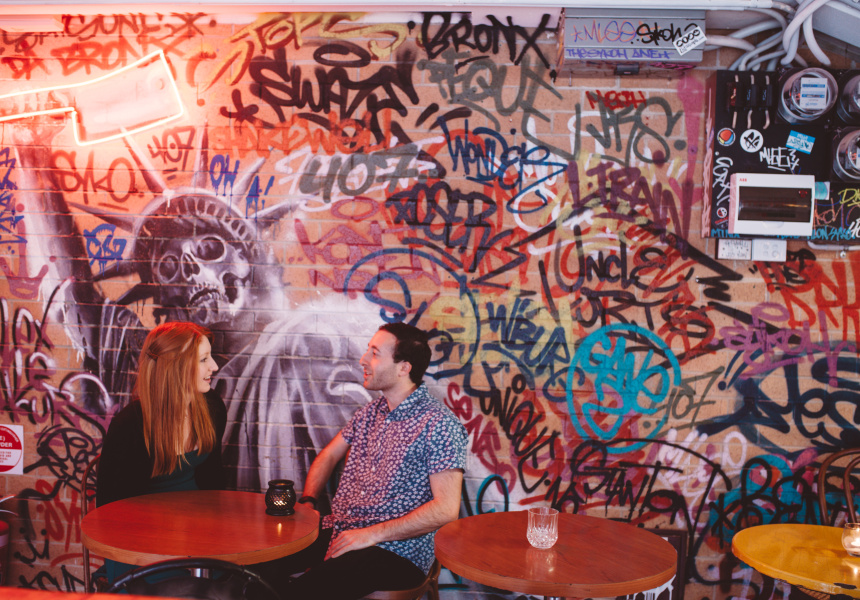 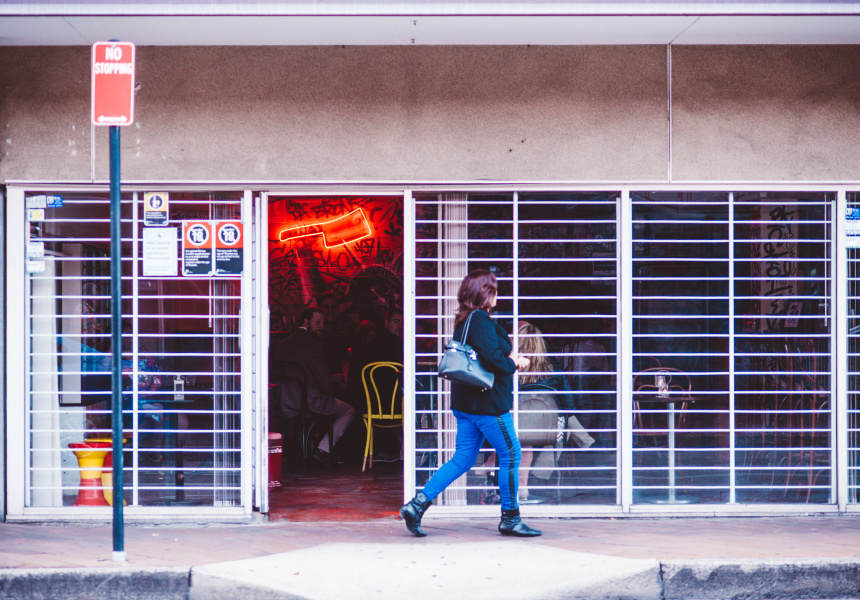 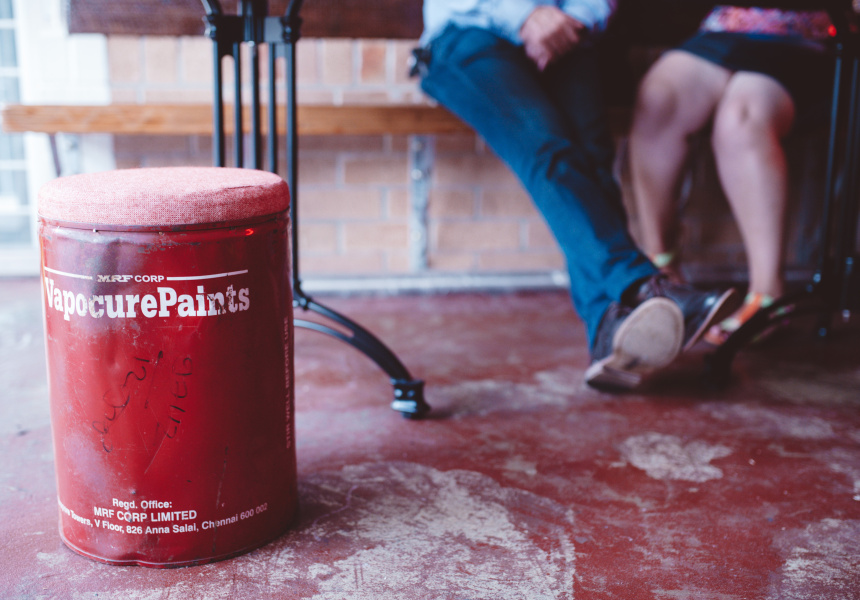 There’s music playing and the sound of people talking. A party must be happening somewhere but there are only cars, concrete and car-park signage. Walk around the front and a few red-faced people stumble from a metal door.

Hidden in that same car park is Uncle Kurt’s, Parramatta’s first small bar. Owner George Makram opened the spot in late 2016, sick of traveling to the inner city for a drink.

The bar is a mash of ideas from Brooklyn, Newtown and Surry Hills. There’s New York deli food and tags all over the walls. The only place not sprayed like a decommissioned train is the counter and Makram’s scavenged second-hand furniture.

Typically the speakers play hip-hop but unlike other bars with similar inspirations it doesn’t serve burgers, fried chicken or barbequed meat. Instead it’s true to Makram’s love of New York delis and serves a simple, five-item menu that includes a pastrami po’boy; a Reuben; a meat board; and a smoked sausage, pickle and mustard roll. All of the cuts come from Challenger Smallgoods.

This contrasts somewhat with the creative but refined cocktail list that flows from New York classics to theatrical creations. The Breakfast at Kentucky uses Bourbon-infused corn flakes, almond milk, Fernet Branca, egg white and nutmeg and is served in a teacup with a flaming stick of cinnamon.