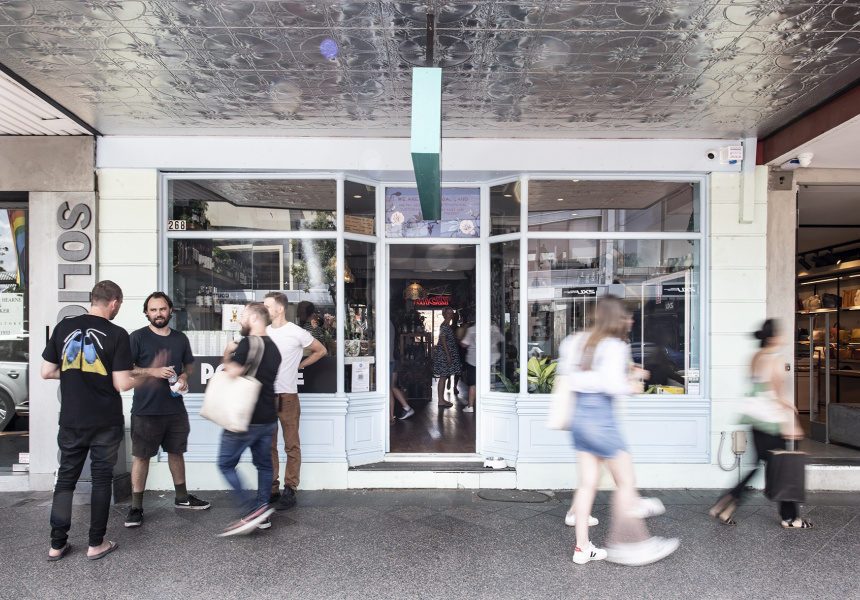 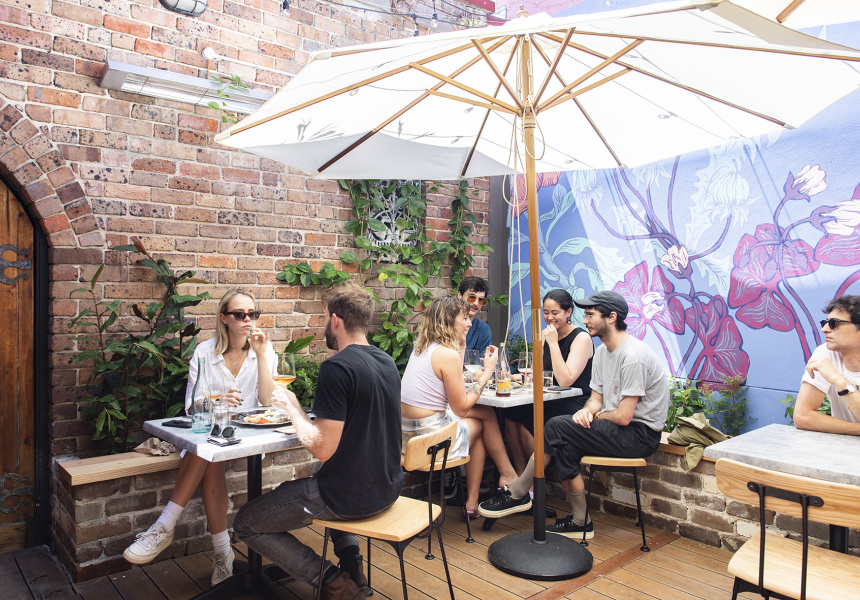 Since 2017, P&V Wine & Liquor Merchants has been making all our booze dreams come true from behind its chalk-blue facade on Enmore Road. Its commitment to stocking interesting drinks – from funky and smashable wine made by Aussie and international producers, to spirits made with native ingredients and beer from local brewers – has drawn clientele from across the city. And, unusually for a bottle shop, it’s dedicated to community; it hosts regular food and booze masterclasses, often roping in local talent to provide expertise. Now, in an effort to make life easier for those in Sydney’s east, it’s opened a second space on Oxford Street. And while it’s retained the same electrifying spirit as the original, it’s also offering a whole lot more.

It has its own courtyard space, so you can take a bottle straight off the shelf and enjoy it right then and there (for a small corkage fee). There's a small list of by-the-glass options to choose from, if you'd rather not commit to a full bottle.

As for the store itself, its inventory is just as exciting as its older sibling. Expect all the usual culprits – Aussie and international reds, whites, rosé, orange and fizzy drops (sorted not by varietals, but under themes such as “reds of impact” and “fancy whites”) – as well as a bulky range of magnums (“Magnum Land”), non-alcoholic options, a litany of vermouth, spirits from independent distillers, loads of condiments and plenty of tinned fish.

When the upstairs restaurant isn’t in use by Porcine (which is open for dinner three nights a week and lunch on Sundays) it hosts tastings and P&V’s masterclass program. Past classes have included a sake workshop with Tim Watkins from Black Market Sake, and an introduction to Italian natural wine with vino aficionado Giorgio de Maria. The space also hosts pop-up dinners and, every now and then, whole-building takeovers with local chefs on snack duty.