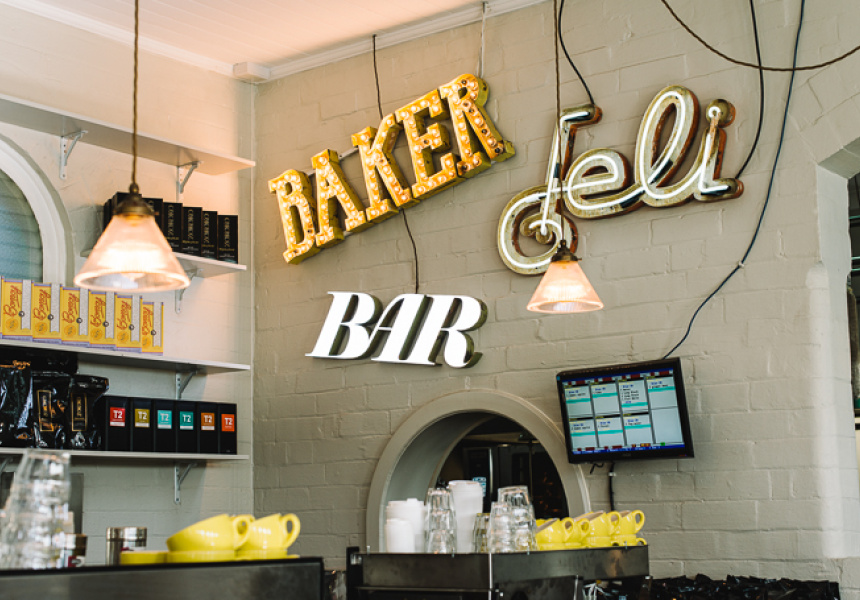 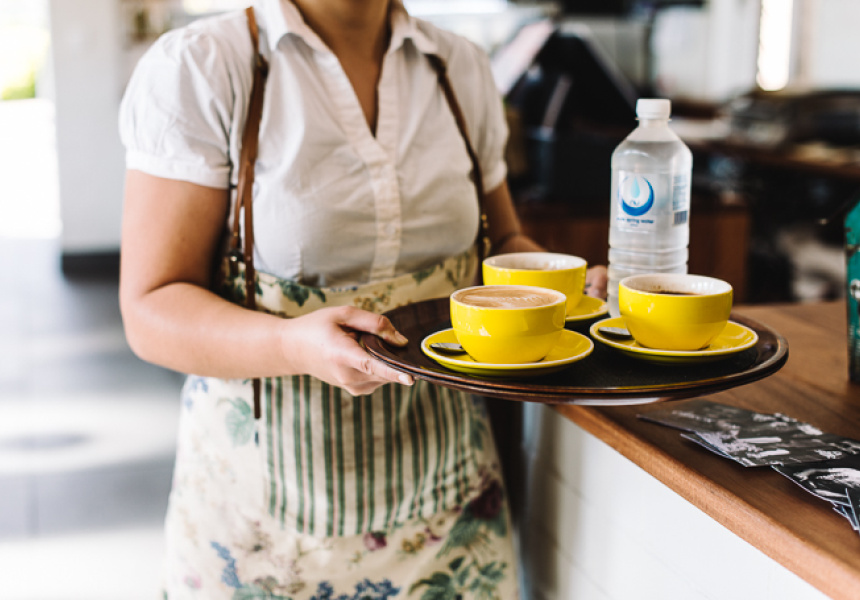 When was the last time you visited Sydney Olympic Park? And did you eat there? Didn't think so. Well, things are on the up at the Olympic venue and one of the jewels in the crown is Abattoir Blues, which joined the fray in January 2013. Housed in the revamped historic state abattoir, there’s more than a nod to the history of the place.

Perched up above the shenanigans of the Olympic playground, the breezy courtyard comes alive as a beer garden (with the licence kicking in at 10am) and includes an original marble drinking fountain from the Flemington Saleyards that was transferred to the site in the 1960s.

Inside, you’ll find plenty of leather and whitewashed brickwork fronting a counter displaying in-house pastries and baked goods as well as a hefty selection of sandwiches and lunchtime fare.

Coffee comes in the form of an in-house own blend from Smokestack Roasters. Past the neon signs proclaiming ‘baker-deli-bar’ you peer through to the kitchen where a busy team turns out breakfasts of prosciutto and ricotta on toast, or breakfast pie of the day, followed by lunches of traditional beef burgers, chicken tenderloins or chorizo omelettes, while smallgoods swing next to bags of nuts all strung up overhead from the old carcass rails.

There’s even live music to celebrate the end of the week, so maybe it’s time to revisit Olympic Park and have a bite to eat while you’re there.