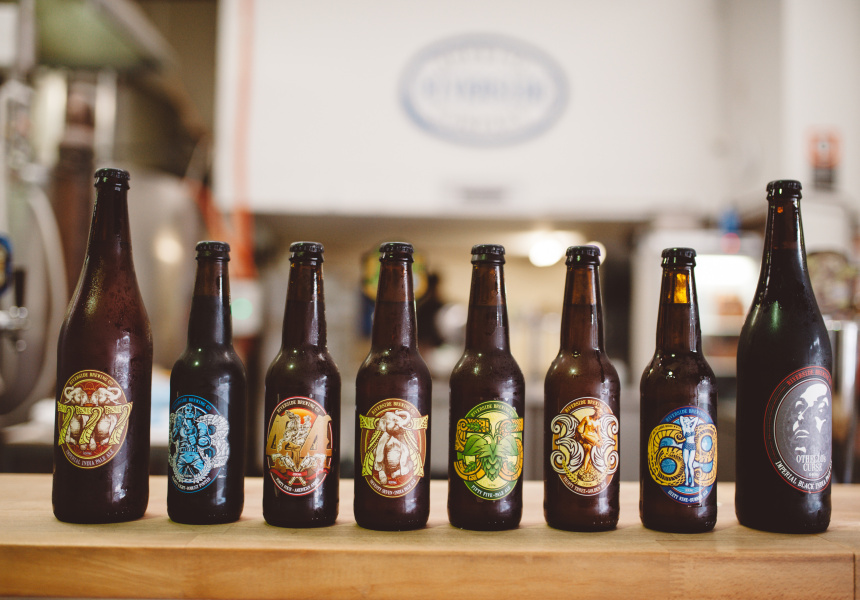 Their beginnings were humble. The initial batches of beer were brewed in the loading dock of Pan’s plastics factory on the banks of the Parramatta River. But the reaction from drinkers was positive, leading to this new brewery in North Parramatta.

Padden left in 2014 to found Akasha Brewing, but Riverside has continued to chug along. The core range now includes eight beers, ranging from the sessionable 69 Summer Ale, through to the hoppy and malty 777 Imperial IPA. The 33 Golden Ale merges American and English-style pale ales, featuring hops from both countries.

The company's seasonal range includes everything from sours to imperial stouts. The Tzar Imperial Red Ale is made with Russian caravan tea, juniper berries and toasted fennel seeds.

The brewery's tasting bar offers the entire range on tap, plus takeaways and growler refills. Located right next to the brewery floor, the bar is a popular stop-off for western Sydney's beer lovers.