We'll Drink to That: Young Henrys Turns One

Young Henrys produce exciting and flavoursome ales from their brewery in the back streets of Newtown. We chat with the team in celebration of their first birthday. 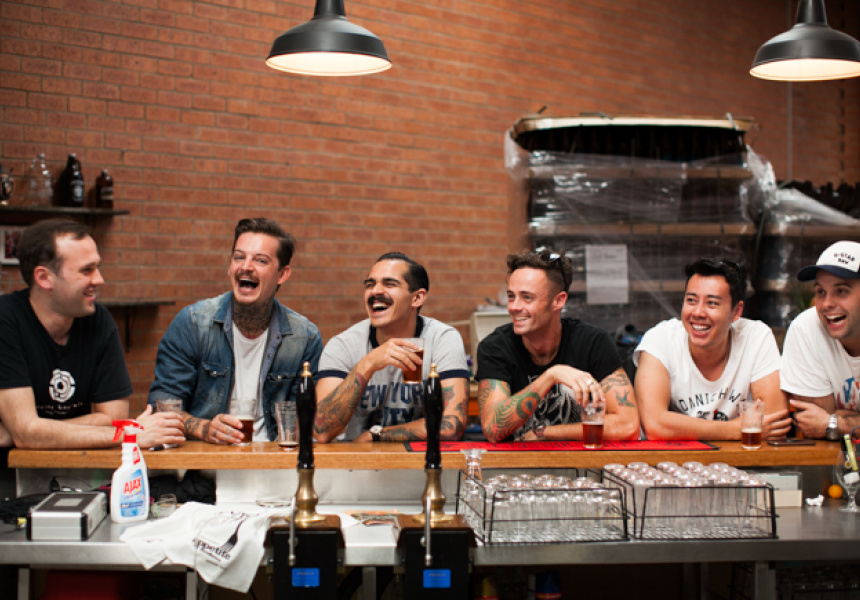 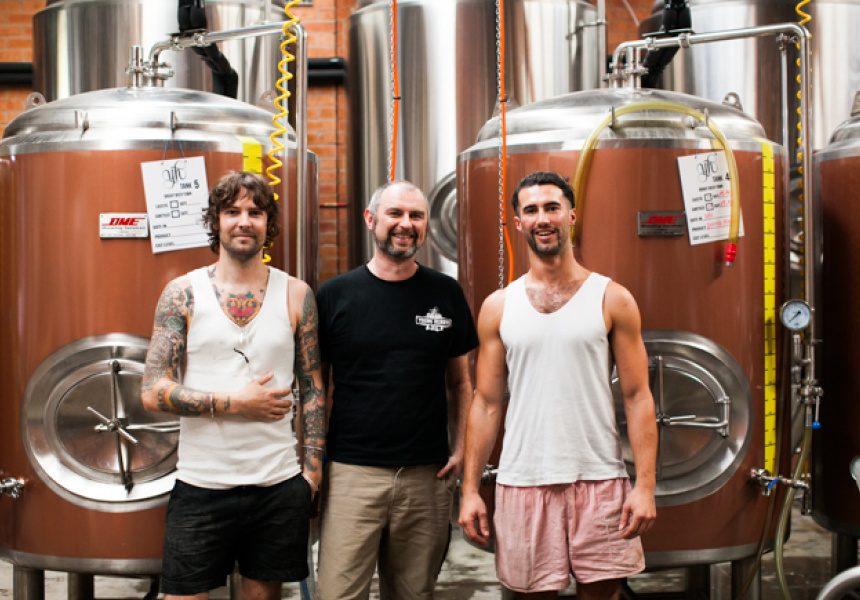 Head brewer Richard Adamson and his partners Oscar McMahon and Ben Joseph had originally planned to set up shop in Surry Hills, where they were going to build a restaurant and microbrewery, but a variety of problems quashed the idea.

But Surry Hills' loss was Newtown's gain. The guys managed to find an agreeable site just off Enmore Road, which was previously home to an industrial abrasives company (sandpaper, mainly). They brought in some tanks, sourced some hops and started producing ales that are bottled into growlers (two-litre bottles that can be brought back to the brewery and refilled). And back in late March, they marked one year in operation.

“We started off doing some contract brewing for the Rocks Brewing Company and 4 Pines,” says Adamson who was previously the chief brewer at Barons Brewing Company. “And then we started making our own beers.”

The result was their core range: Hop Ale, Real Ale and Natural Lager, plus their Cloudy Cider. They've also recently added the Newtowner to their year-round offering, a beer made for the suburb's sesquicentenary (that's its 150-year celebration). “It was originally just made for the day, but people liked it, so we decided to keep producing it for local pubs and bars,” says Adamson.

There have been other collaborations as well. Huge rock music fans (“I remember sneaking into punk rock gigs at the Enmore when I was 16,” says Adamson), the brewers have made beers with bands Front End Loader and Crow and are currently in the process of collaborating with Front End Loader (again), Sydney’s Hell City Glamours and Melbourne band My Dynamite. The three different beers will be launched at Cherry Bar as part of Melbourne's Good Beer Week.

The team have also collaborated with the Sydney Theatre Company for a beer matched to the play The Histrionic, a fundraising beer for radio station FBI and seasonals with brewers like Two Birds, which resulted in Otaku, a beer infused with green tea.

They're also expanding their current stable of beers into more Sydney bars. Woolloomooloo’s Old Growler exclusively pour Young Henrys, as well as a guest tap from another brewery that the Young Henrys guys pick. “They're old friends of ours and asked us if we wanted to be involved. We think their bar is awesome,” says brewer Oscar McMahon.

So how do the guys explain their success after a year in operation? “I think it's a combination of things. It's the rise of craft beers, the rise of the small bars; it's pubs like the Union Hotel promoting craft beer and other pubs offering good food and drink options [and] not just relying on pokies to get people through the door,” explains Adamson.

So what's next for Young Henrys? Well, they've recently begun packaging their beer in longnecks and the brewery is jam-packed with bottles waiting to be filled. They're looking at expanding and getting their beers out to a wider audience, but not at the expense of their Newtown home. “We've really become a part of the local community, and we thank everyone for their support,” says Adamson.

They're also interested in more collaborations and producing more seasonals. “We've got a big collaboration, which will go national, with a big Australian band coming up,” suggests Adamson, not giving too much away.

So to Young Henrys, we offer a happy birthday. And cheers.

Young Henrys beer is on tap at over 40 Sydney bars and pubs, select bottle shops and direct from the brewery.