A Shrine to Beer and Tequila at Tio’s Cerveceria 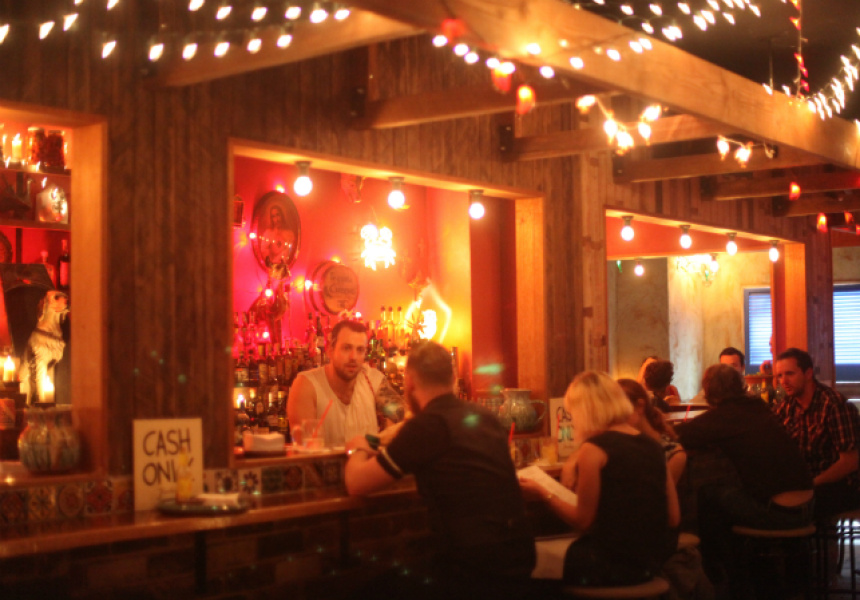 If drinking tequila in the presence of religious statues is considered blasphemous, ex Shady Pines boys Jeremy Blackmore and Alex Dowd are committing some serious sacrilege with this sanctimonious homage to Tequila and Mexican culture.

From the street, Tio’s looks more like a Malaysian brothel than a Mexican tequila bar. A sleazy fluorescent light hums lazily in the front window, sending a beacon of green light steaming across Foster Street. Once inside, Tio’s feels more like the eroded courtyard of a Mexican church by night. Catholic shrines house saintly figures of the Virgin Mary, melted candles line the clay-washed walls and long strings of fairy lights burn a red hue over the darkened room. Behind the taco stand-inspired bar, mixed in with ceramic religious figures are over 100 varieties of agave tequila.

Keeping with the Mexican theme, Tio’s serves a range of Mexican and Central American beers and tequilas. And despite having no official cocktail list, the skilled team of bartenders are quick to suggest a number of custom and classic cocktails (not limited to tequila). Some additional quirks include complimentary spicy popcorn served in brown paper bags, and pickled quail eggs with hot sauce, which is tastier than it sounds.

Tio’s has opened just at the right time, for summer.