You may have seen it popping up on wine lists across the city, but what exactly is orange wine, and why should you try it this weekend? 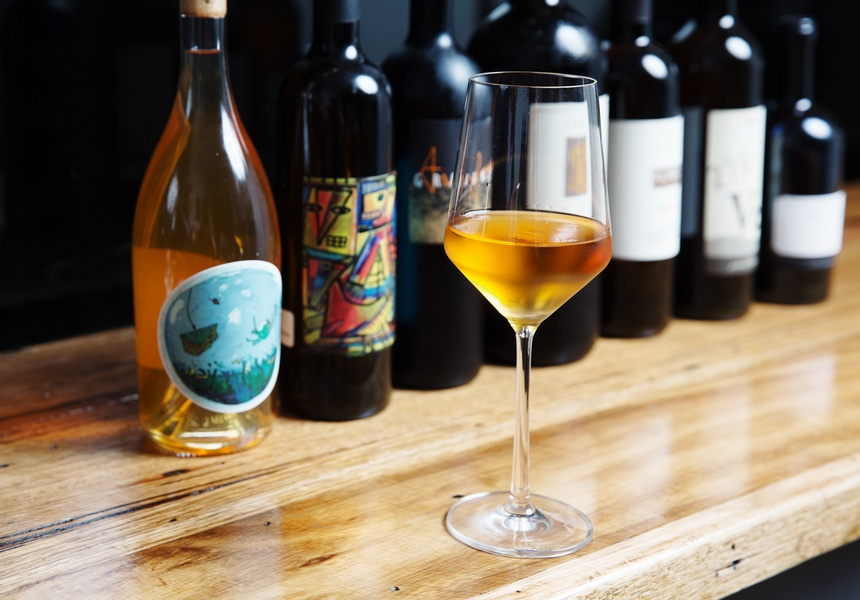 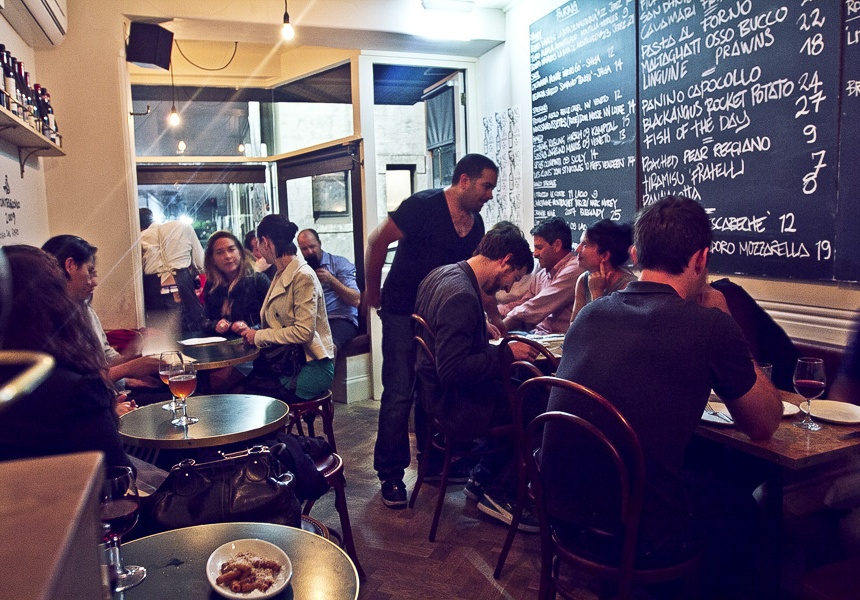 Orange wine may not be for the straight-laced, traditional drinkers among us, but its rarity and relatively unpredictable taste make it an intriguing chase just the same. This somewhat conceptual drop is showing up more and more often on Australian wine lists – even occasionally under its own section – as a curious but welcome alternative to standard varieties.

Orange wine doesn’t come specifically from the high-altitude vineyards of Orange in New South Wales’ west. Nor does it involve any citrus. It has earned its most common title for its gentle apricot hue. Orange wines are somewhere between deep rouges and honey-coloured whites.

Also known as skin contact or macerated wine, orange wine is made using white-wine grapes in a red-wine style of fermentation. “Unlike white wines, where the grapes are pressed and the skins thrown away, an orange wine is made with maceration of all parts of white grapes, including the skins,” explains 121 BC Enoteca & Cantina owner, Giorgio di Maria. He has featured orange varietals on his list since opening in Surry Hills four years ago, and could be credited with starting the trend here. “I did not include it to be fashionable,” he smiles. “When we first opened it was pretty much unknown. I include it for one reason only – I like it.”

While orange wines have settled under the spotlight more recently in Sydney, Di Maria describes the style as ancestral, and explains the method has been used for centuries. “Orange wines have been made for more than 8000 years in Georgia, and for centuries in some areas of the Mediterranean. Orange wine is a style, like red and white, and just like with white and red wines, there are good and bad orange wines. Importantly, an orange wine is not necessarily an organic, biodynamic or natural wine as many people tend to think.”

Orange wine generally appears only in small batches, meaning it can be a constant quest for another decent drop. But this hasn’t stopped several Sydney bars and restaurants from including orange on the menu – 10 William St, Kubrick’s and Love Tilly Devine among them. Co-owner of new venue Waterman’s Lobster Co, Matt Swieboda, believes any good wine list should incorporate orange styles. “I don’t see why any restaurant that has an interest in wine wouldn’t feature at least a few of these macerated styles,” he says. “They work beautifully with many types of food and many diners have a real interest in drinking them.”

Swieboda prefers to consider the style as “rediscovered”. “Many Australian producers are currently experimenting with orange wine, but prior to maybe the 17th century, all white wine would have had skin contact to some degree,” he says. “Certainly, all of the wines made from white grapes in wine’s birthplace, Georgia, were made in this style, as many continue to be today. There are many producers, the best of which probably straddle the border between Italy and Slovenia, who really have the style down to an art.”

As for the taste, Di Maria pins it towards the red side of the spectrum. “Orange styles have more red-wine characters than white. The grape skins contain phenols and tannins. As a result orange wines are tannic and very flavourful.” Playful, surprising, a little sour and sometimes fizzy, the first taste of any orange wine is almost always a new discovery.

“Orange wines can taste drastically different depending on the grape variety used and the winemaker’s stylistic intentions,” says Swieboda. “If one had to generalise, it could be said orange wines tend to be more savoury with many expressing a strong ‘umami’ flavour. The texture is perhaps the uniting factor – many of these wines have a mouthfeel closer to red wine than white.”

It’s well worth seeking out and enjoying the strangeness of your first brave sip. “People in Sydney love new experiences, but they also like to come back to the things they enjoy,” says Swieboda. “People now understand that orange wine is a legitimate style, and not just some fad. One day people will come to expect orange wine on their local restaurant’s wine list just like they expect to see rosé now.”

Where to Try Orange Wine in Sydney:

121BC Enoteca & Cantina
2010 Matej Skerlj Vitovska (Italy)
A wine with amazing sense of place. Vitovska is macerated on its skin for about a week. The wine is elegant and extremely mineral-driven because of the limestone soil of the woods of Carso in northeast Italy. Matej is a young producer, incredibly motivated and with real faith in his land.

Waterman’s Lobster Co
2010 Denavolo ‘Dinavolino’ (Italy)
This is super-fresh and really complex, with low alcohol and vibrant acidity. The skin contact gives the wine a fine, chalky texture as well a bunch of flavours that you wouldn’t find otherwise. This is a very savoury, subtle wine but if you concentrate hard you should be able to taste things like apricot, apple, camomile and sage.

Kubrick’s
2013 James Erskine ‘Somewhere on Another Hill’ (Adelaide Hills)
Refined and playful, this orange zesty number tastes completely fresh and summery. There are notes of passion fruit and ginger yet it breathes sophistication at the same time. Maybe like having a food fight in a tuxedo in the Buckingham Palace gardens.

Love Tilly Devine
2012 Didi ‘Giallo’ (Adelaide Hills)
Made from 100 per cent sauvignon blanc, this is a great first orange wine to show someone. It's just so different from what people expect from this grape variety. Iridescent yellow in colour and cloudy, the aromas are really powerful but once you take a sip, it's really well balanced – mouth filling without being heavy or overly tannic. It tastes like so many things: guava, rockmelon, pineapple, and grapefruit.