This Must Be The Place (to Be)

Two of Australia’s best bartenders have combined to open their dream bar on Oxford Street. 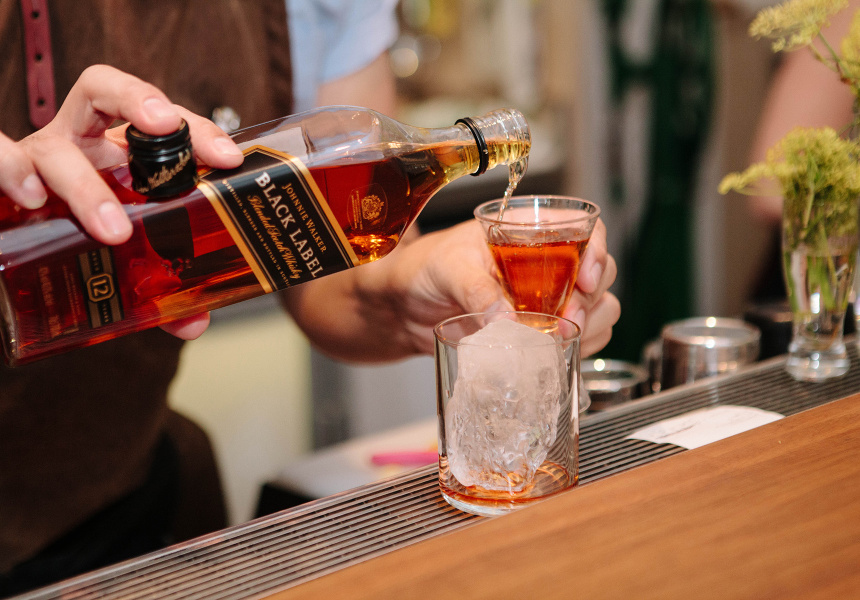 Off Oxford Street, in the somewhat dilapidated strip between Taylor Square and COFA, sits new bar, This Must Be The Place. Two top bartenders have opened the bar; Luke Ashton (ex Vasco) and Charlie Ainsbury (ex Eau de Vie), both winners of Diageo’s World Class Australia Bartender of the Year, in 2013 and 2014 respectively.

Named for the Talking Heads track This Must Be The Place (Naïve Melody), Ashton and Ainsbury have refreshingly broken away from the basement speakeasy theme that is seen so frequently in Sydney, offering a light and airy space instead.

The fit-out has a Nordic vibe; with white walls, plywood and a reclaimed-timber bar. Banquette seating and lounge tables run down one wall, while the other sparsely decorated side features artwork that will change regularly.

Unsurprisingly the cocktails are creative, but without any showy tricks or gimmicks, just a mix of really well balanced, considered and seasonal ingredients. “A lot of places have drinks with eight, nine or 10 ingredients,” says Ashton. “We want to [pull] that back and only use three or four … simplicity over complexity.” Highlights include the Rose Gold, a mix of Quinqiunea (a French quinine-flavoured aperitif wine), crème de violette, rosé and grapefruit oil; and the Shifting Light made with apple and fennel pollen, gin and lemon.

The duo is also attempting to reduce the environmental impact of the bar. “As much as possible we will be reusing things to reduce waste … like making our own syrups and only using fresh, cold-pressed juices.” This extends to the recycled mineral water bottles used to carbonate their drinks.

The bar snack menu isn’t standard-issue either, more akin to a good restaurant than a cocktail bar. Razor clams with fresh bread, salty fish dip served with crackers and celery- and bonito-salt chips all feature.

This Must Be The Place is a work in progress. The upstairs bar and the licensed open deck are planned to open mid-year. Ashton hints this will be a more serious cocktail bar, offering a, “New York or London hotel bar experience, we want it to be a proper adult drinking experience.”