Getting Trolley’d at House Parties 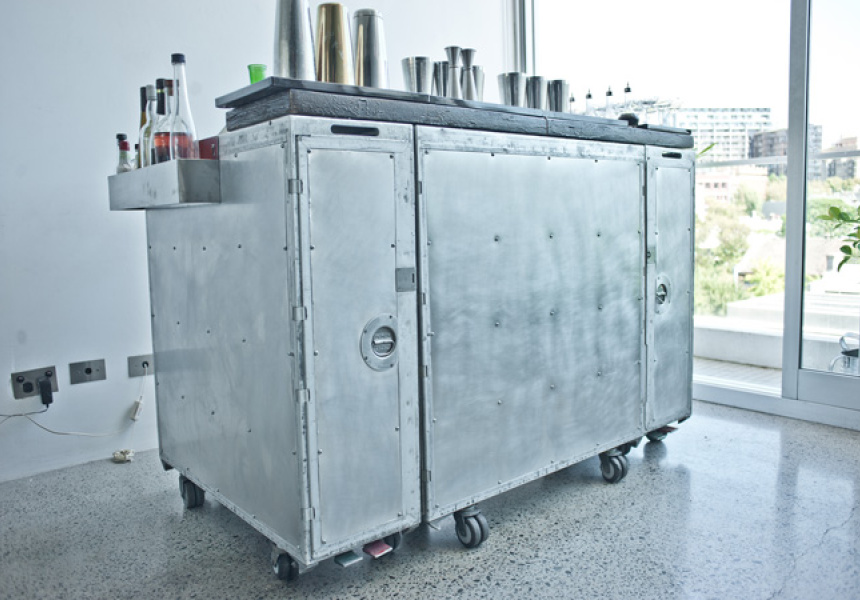 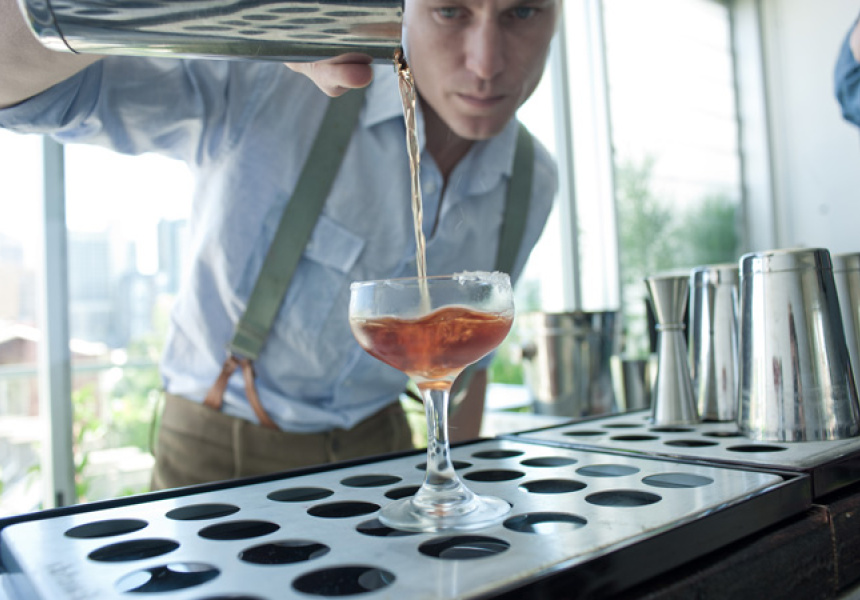 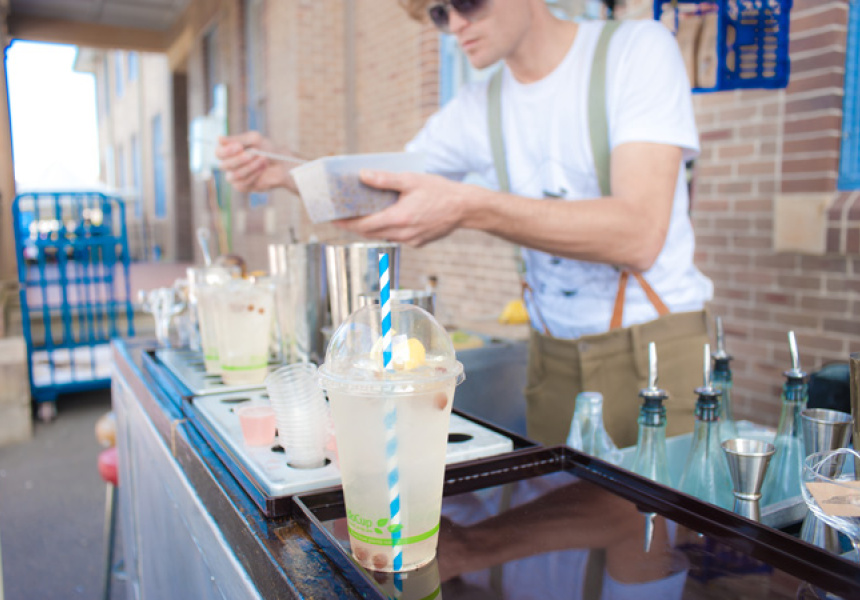 Word on the street is that Three Blue Ducks bartenders Christopher Thomas and Byron Woolfrey make a killer organic cocktail. Whether it’s one of the classics or one of their own unique blends, these two take their cocktails very seriously. Now they want to make you a drink and all in the comfort of your own home.

The story began when Ansett Airlines headed into receivership in 2001. During a public sell-off of its goods, the entrepreneurial Thomas purchased a small fleet of airline trolleys on a whim. Placing them in storage, he then jetted off to London, where he split his time studying photography and managing the bars within Soho House. During the same period, Woolfrey was honing his skills at some of Sydney’s finest restaurants (Tetsuya’s, MsG’s and Pier), where he was head sommelier.

The two eventually reconnected through work (Thomas had since moved back to Sydney) and together they dreamt about setting up their own sustainable events business. That’s where the trolleys come in. Indeed, the duo they converted the Ansett trolleys into bars, crafted a drinks menu with local, organic ingredients and launched Trolley’d.

Catering to house parties and events of all sizes, they provide bartenders and the mobile bar (coming soon will be DJ and turntable trolleys). The aim of the business, according to Woolfrey, is to highlight the distinction between a run-of-the-mill cocktail and those made by true professionals. “[It can] make all the difference between a good party and a great one,” he says.

They also have strong interest in sustainability, with the recycled bars stocking foraged ingredients and local produce. Incidentally, both Thomas and Woolfrey continue to work at Three Blue Ducks, a restaurant that spearheaded the foraging movement.

With ingredients like lemon myrtle, river limes and mints, and riberries, Trolley’d hopes to reinvent the classics with native twists and garnishes. Their Cosmopolitan, for example, has been reworked to create a ‘Sex in the Bush’ with native riberries and a finger lime rim.

And it’s not just cocktails. Woolfrey has just finished designing a trolley complete with beer tap, just waiting to be filled with micro-brewed ale.

Oh yes, house parties are back.