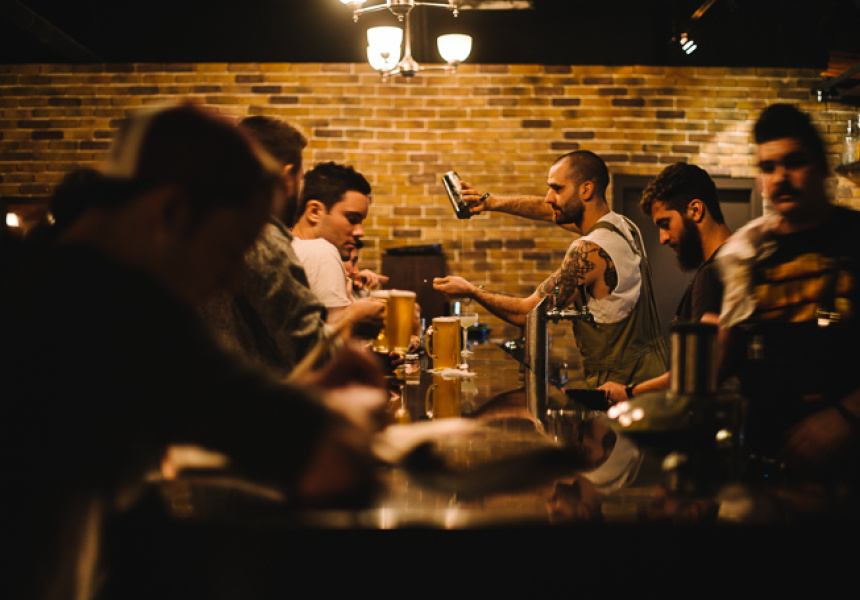 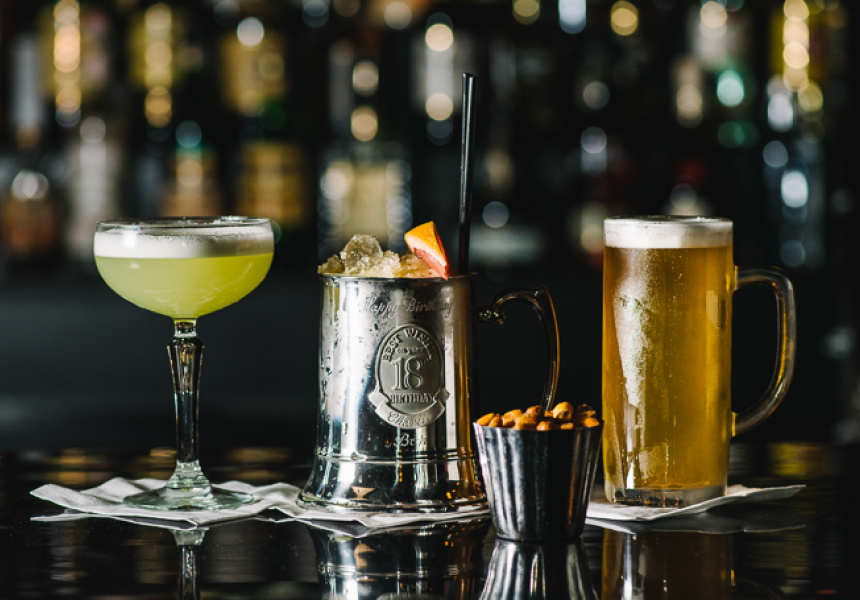 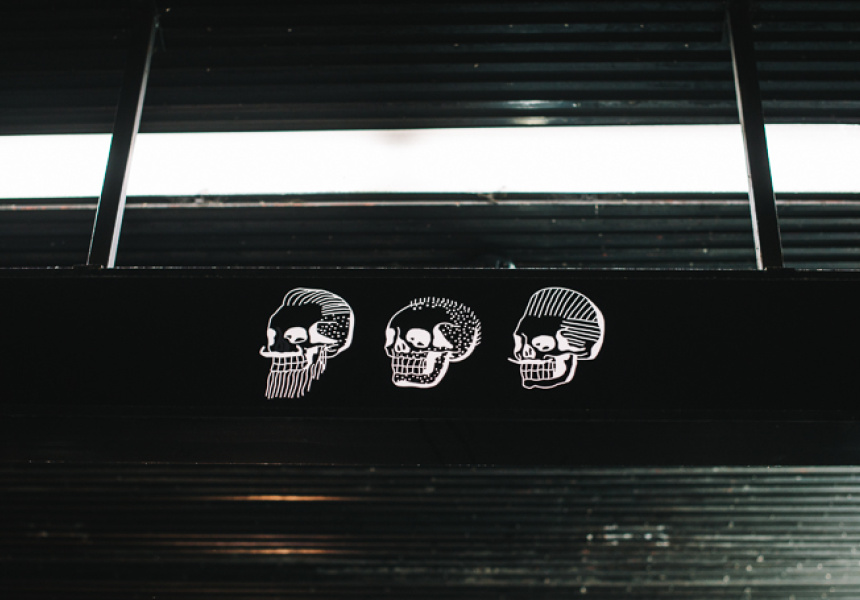 Like many Sydney small bars, it takes a little while to find the door to Ramblin’ Rascals Tavern near the corner of Park and Elizabeth Streets; marked only by a black sign with three skulls.

Housed in the old Laugh Garage, the new venture is by a few of Sydney’s usual suspects; Charlie Lehmann, Cosmo Soto and Dardan Shervashidze, who are all ex-Swillhouse crew fresh from Frankie’s and Baxter Inn.

They didn’t plan the venue with a theme in mind, Lehmann explains, “We’re sticking to the ethos of our hospitality pasts; it’s simply about good service, good drinks, and good times.”

“Dance on the booths if you want to, as long as everyone’s happy,” laughs Lehmann.

The choice of liquors is displayed against the back bar, with the balance weighing slightly in favour of whisky and cognac. The hope is to expand Sydney’s appreciation of cognac, celebrating it as the Ramblin’ Rascals drink of choice. “It’s not very well known in Sydney, so we’d like to educate people,” explains Soto.

Cocktails range from approachable to heavy. The Twelve Gauge Grog, for example, includes “A couple of drabs of over-proofed stuff”, Havana 7, bitters, orange and lemon juice and a splash of grapefruit slush. As for wine and beer, the lists are short and unpretentious; the most important thing for the Rascals is it stays local. Beers are of the craft variety but if you’re down on your luck you can grab a “shit tinnie” for a measly $6. Currently Toohey’s New is the tinnie of choice with rumours of Melbourne Bitter on the roster next.

As snacks go, corn nuts are provided as fast as you can eat them, but Lehmann suggest the menu might expand. “We have the capacity to serve food, but we want to get into the groove first and then we’ll see where it goes”.