Chip Off the Old Block

As Chippendale continues to make its mark in Sydney’s culture scene, The Chip wants to take you back to the suburb’s roots. 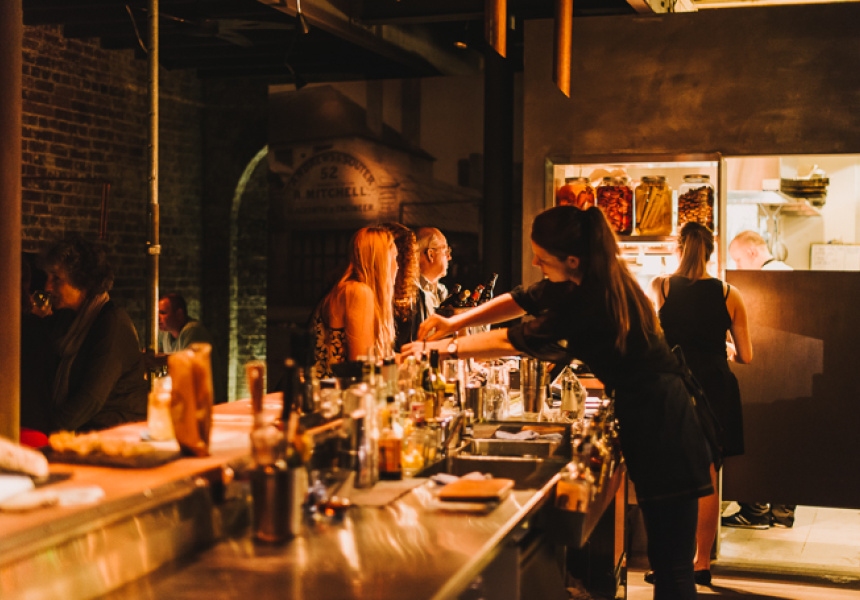 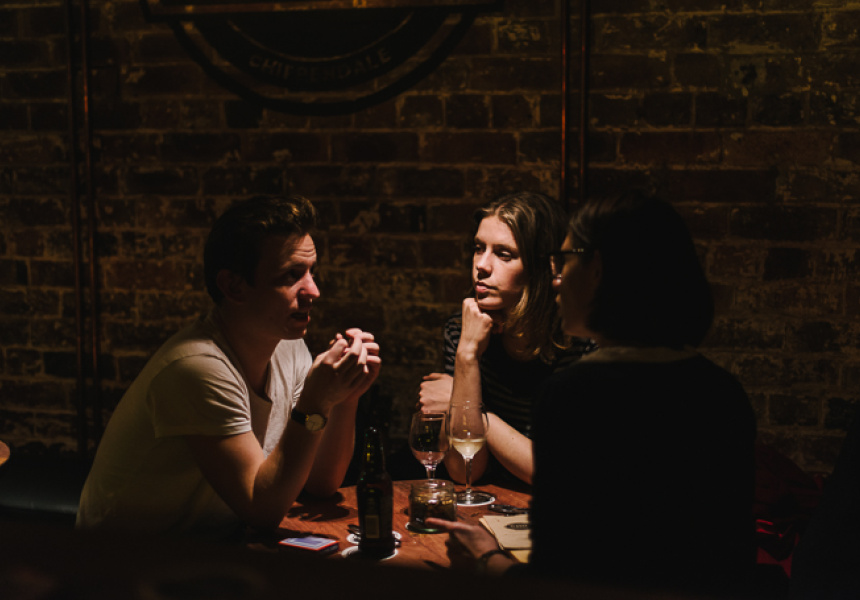 Recent years have seen Chippendale take an artsy turn away from its convict roots. Since the introduction of the Chippendale Creative Precinct in 2010, this gritty, central neighbourhood has been turning heads, as top chefs and artists fill the open spaces.

The Creative Precinct is headed up by Nicky Ginsberg, and it appears she isn’t the only of the Ginsberg family caught in the thick of Chippendale’s restoration. Daughter Katya has recently made headlines with the opening of The Chip Off the Old Block. The new small bar on Little Queen Street is in the downstairs space of a gothic-revival church.

“We’re a hospitality family,” Ginsberg says, “which is how I got the inspiration for the name; I’m a bit of a chip off the old block, so to speak.” Playing on not only the family’s English heritage but on that of the suburb, Ginsberg wanted to introduce a venue which would send expats and travellers on a journey back to the motherland.

Bacon butty sarnies, bubble and squeak pie and fish and chips wrapped in newspaper share space on a menu that is as English as they come. The cocktail list matches well, full of English idioms. Gin & Bear It mixes gin, cinnamon whisky, orange and ginger beer and an English Rose is a sweetly simple mix of Hendrick’s, rose syrup and cucumber.

The beer and wine isn’t as Brit influenced. A list of craft beers only includes four British imports and wines are mainly from Australia, bar a couple of French numbers. Beers come in bottles tucked into brown-paper bags, and cocktails come in an array of jars and haphazard glassware; a likely choice but we can’t help but feel that Sydney may be approaching its capacity for drinking out of a jar. 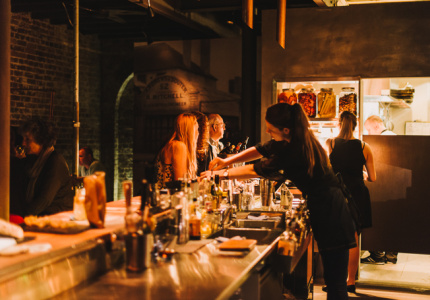 The Chip Off the Old Block