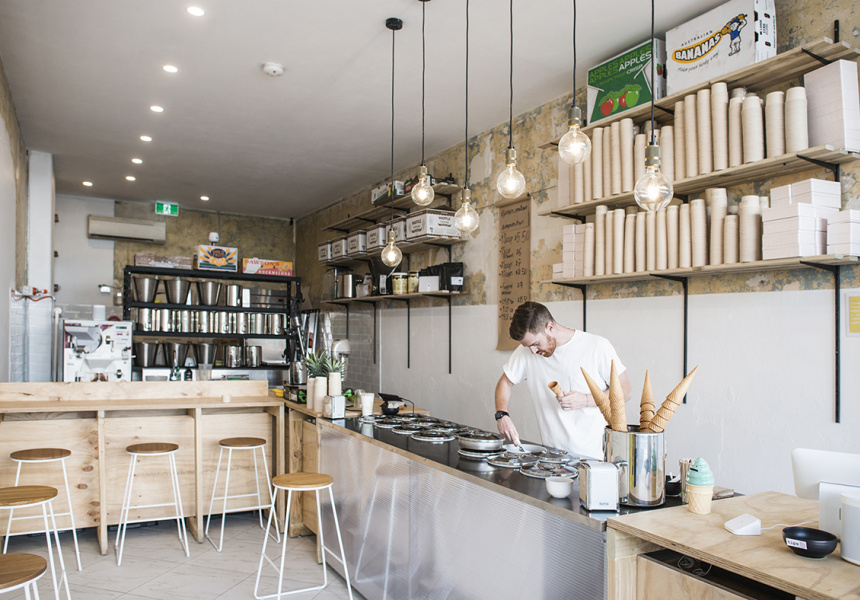 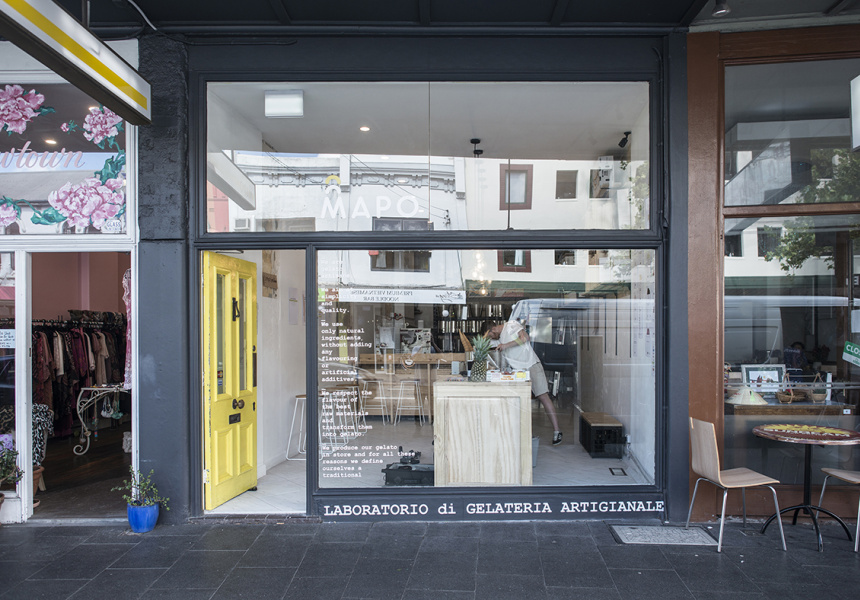 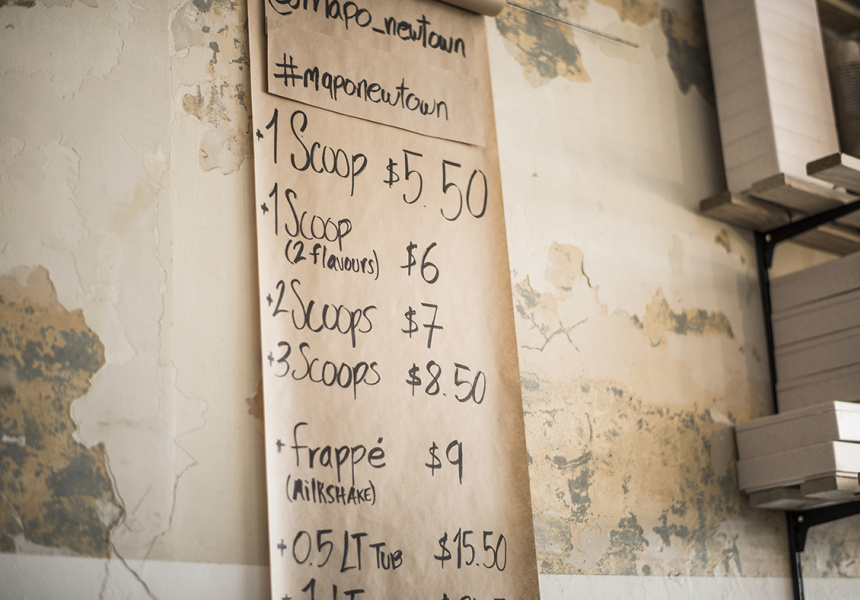 Before he made gelato, Matteo Pochintesta was an architect. It shows in the fit-out of his Newtown shop MaPo, where his clever use of inexpensive plywood and steel makes the space look sleek and contemporary.

Pochintesta’s gelato flavours have only a handful of ingredients. The pistachio, made from imported Sicilian nuts, is nutty, mildly sweet and creamy (yet vegan). His nectarine gelato tastes like biting into the stone fruit at the peak of the season.

Pochintesta learned from the best. Tired of working in an office in Sydney and Melbourne, he moved back to Italy in 2016 to work at Ciacco in Milan under Stefano Guizzetti. He returned to Australia, and over a year planned his venture. He work in Melbourne briefly at gelato store Pidapipo, before moving back to Sydney. He knew the city had a lot of excellent gelato but Pochintesta thought it lacked a traditional Italian gelataria.

The most quintessential Italian flavour here is fior di latte (“milk flower”). It’s a gently sweet, creamy gelato made with organic milk from Queensland’s Barambah Organics. Fruit flavours are seasonal; but in past menus, nectarine, red plum, watermelon and honeydew have featured heavily.