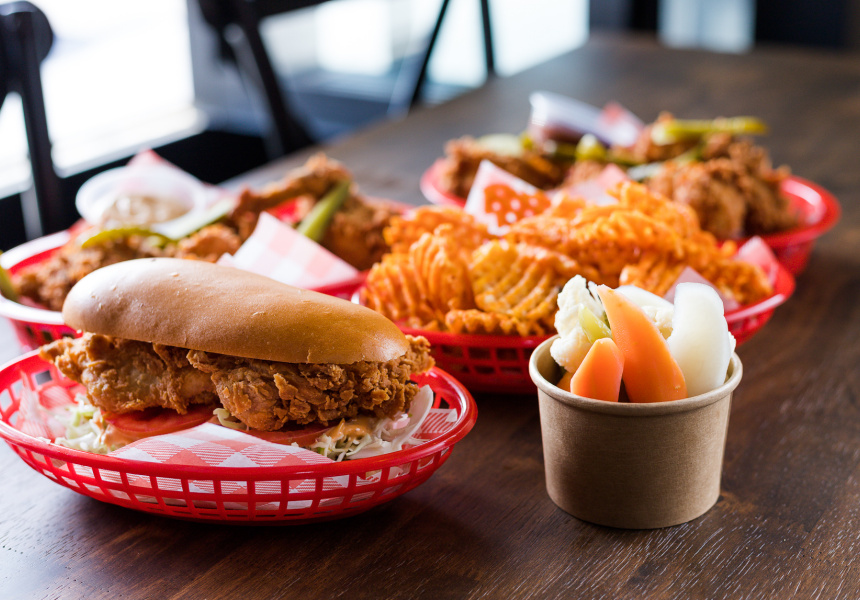 Thirsty Bird has been making its extra-crisp fried chicken at its Potts Point takeaway store since 2017. It’s widely considered to make Sydney’s crunchiest fried chicken (it’s modelled after the Popeye’s chicken chain in America) and now, at its second location in Newtown, it’s deafening the inner west.

The opening is the brand’s first dine-in venue, complete with a tight selection of frosty tinnies. The menu features the same broad mix of chicken burgers that put the Potts Point store on the map. There’s the Japanese-inspired Katsu Burger with crumbed chicken, cabbage and mayo; the Big Kahuna, with fried chicken, grilled pineapple, bacon, cheese and special sauce; and the creators’ favourite, the Thirsty Sanchez.

Thirsty Bird’s signature chicken is also available as bone-in pieces, both in original and spicy variants, and there’s a wealth of sides and sauces. Snack on house-made waffle fries; tater tots loaded with bacon, cheese and gravy; and a traditional French-style mash (with gravy of course) made with plenty of butter.