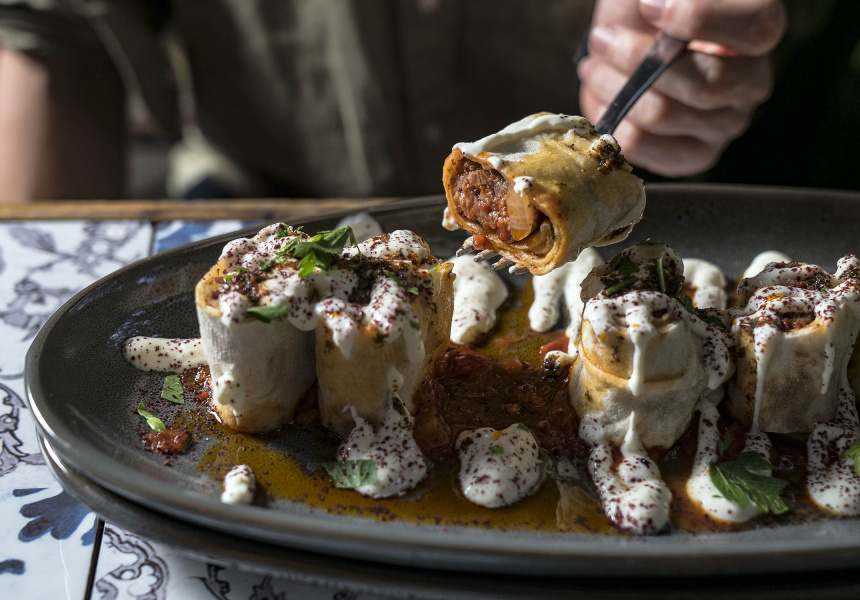 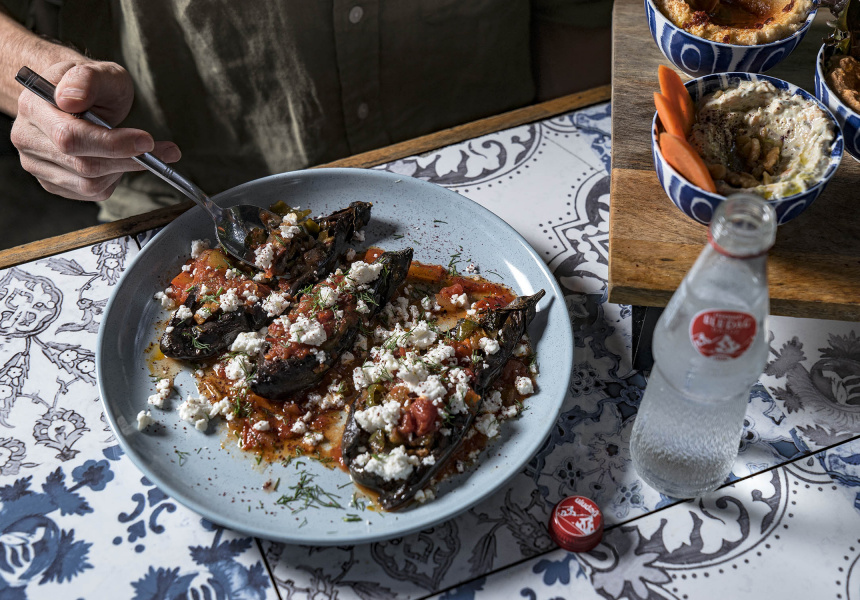 Konak is a Turkish restaurant that focuses on breakfast and woodfired oven cooking. It's co-owned by Ceyda Selleck of Pasha’s and Berkay Salur, the pide chef from Surry Hills institution Erciyes.

Many pides across Sydney are made using electric ovens. The ones at Konak are made using a woodfire oven – which, according to Salur, lends the flatbread an entirely different taste and texture. The house bread (an ideal vehicle for grilled eggplant and strained yoghurt dip) is baked the same way.

Konak is a coastal city on the western coast of Turkey, but the eatery mines the entire country for dishes. The only dish on the menu that actually originated in Konak is Izmir kofte, four massive meatballs smothered in cheese and a spiced tomato sauce.

It's worth coming here for the breakfast alone. Bread still stars in the morning – it’s your tool to eat and enhance all the other things on the table, which includes menemen (baked eggs, similar to shakshuka); pide; sujuk; pastries; a selection of cheeses, olives, fruit, honey, house-made jams, butter, clotted cream, tahini; pekmez (a thick molasses-like syrup made from slow-cooked fruit); and unlimited tea. All for just $25. The only hard thing is getting a seat.