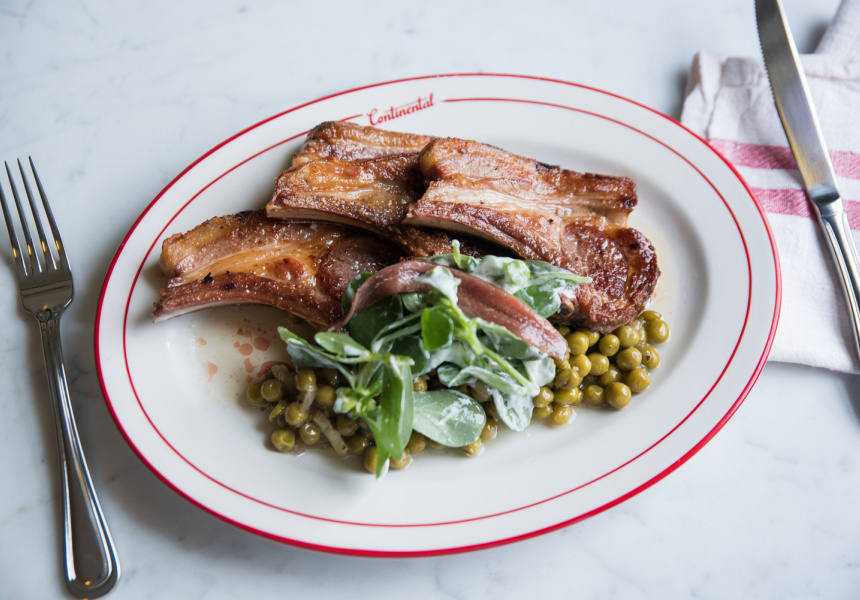 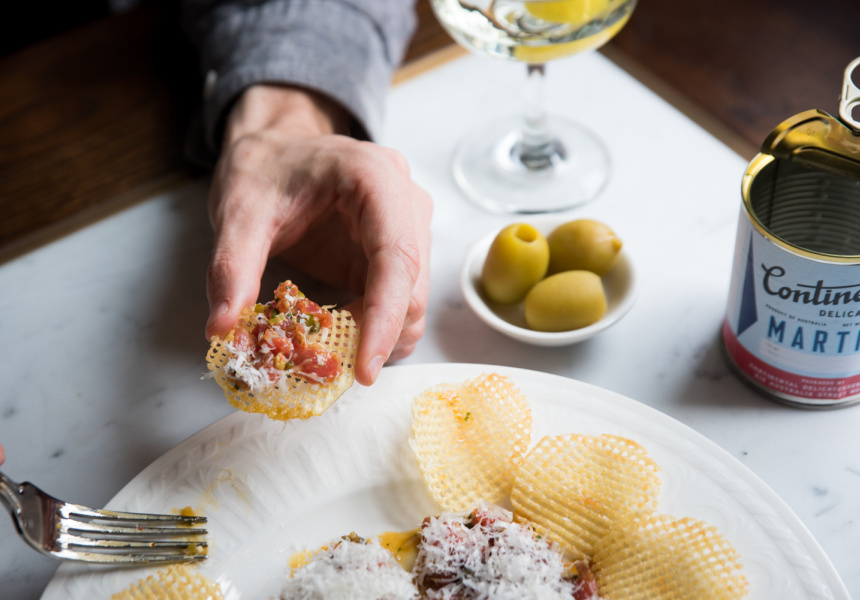 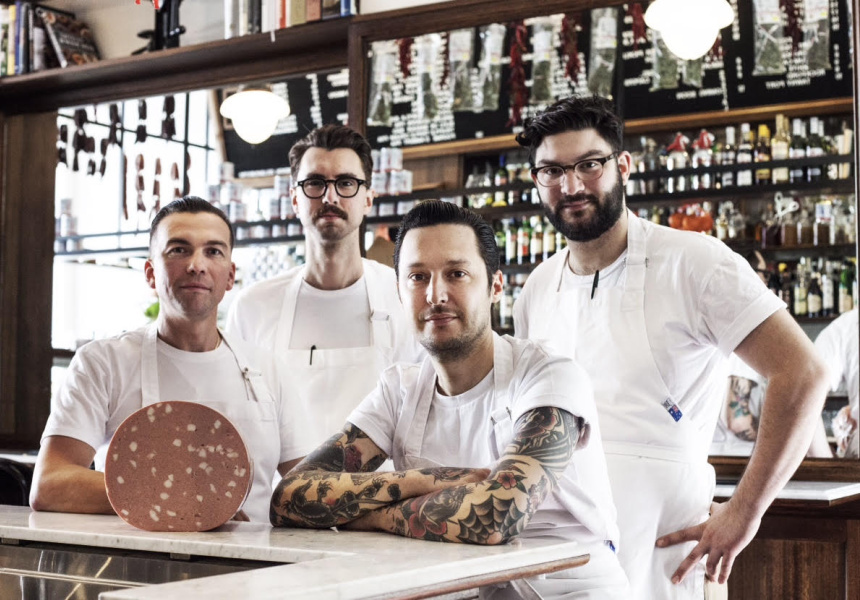 Imagine your grandma’s house designed by Wes Anderson and taken over by a group of hot-shot chefs who are feeling like nostalgic homebodies. With faded pink walls, dark antiques and a giant picture of a fish, that’s what Continental Bistro feels like. It’s by the fathers of Bodega and Porteño, Joe Valore and Elvis Abrahanowicz. Despite literally sitting on top of their other recent venue, Continental Deli – which specialises in sandwiches, canned fish and charcuterie – the two floors will serve complete different menus, but share a drinks menu.

For dessert there’s a cheese platter from the primo selection downstairs, or one of Warkentin’s outrageously boozy rum babas. The brioche-like, bagel-shaped cake is soaked in syrup and rum and served with Chantilly cream, mustard fruits, preserved cumquat and a little side bottle of extra liquor.