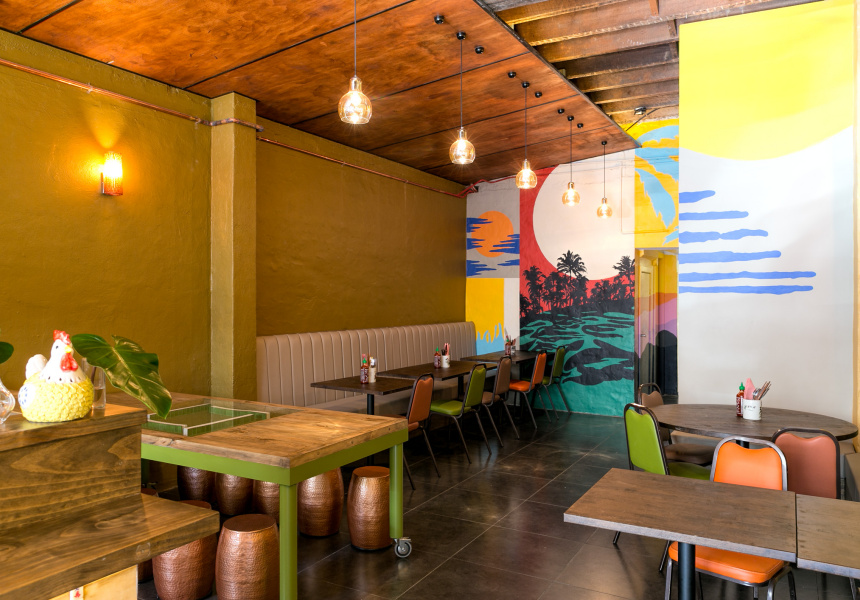 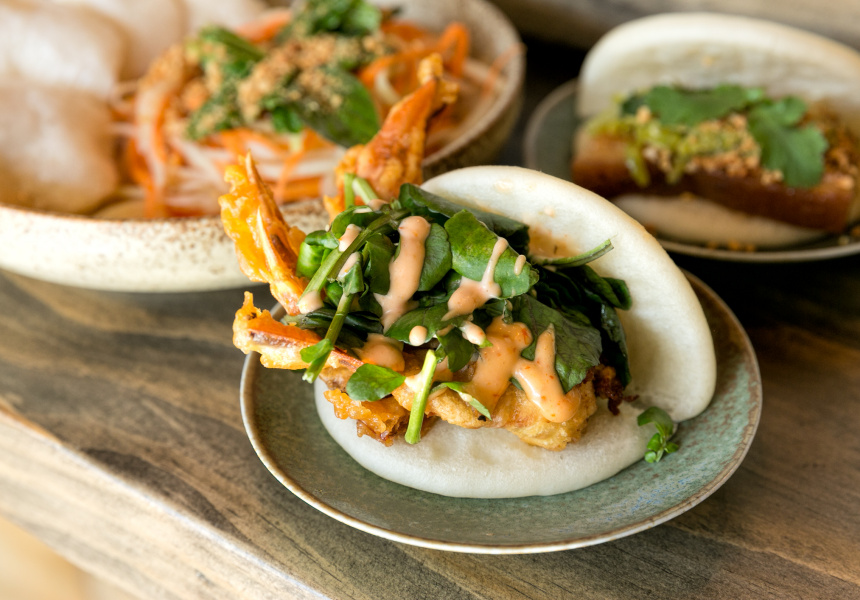 Sylvia Tran and Kiren Chua's former bao and burger market stall and GoodGod Small Club eatery opened its standalone venue in September 2017. It’s by a team that brought Taiwanese baos and bao burgers (which it calls “baogers”, a cheeseburger between toasted bao buns) to Sydney before either item had spread across other menus.

There’s a bao-based noodle (elastic and soft like pad see ew noodles) that's wok tossed with chilli, pork belly, chives and soy. Favourites such as the thick-battered fried chicken with salted-egg sauce have been given an extra punch and South East Asian flavour. The famous baoger and regular baos (including the classic pork belly and pickled mustard greens) are on the menu. As is a five-spiced oyster mushroom bao, salads and vegan desserts.

With a brightly coloured tropical mural by Simon Wheedon lining the back wall, peach-coloured napkins, a bar inlaid with mah-jong tiles and what look like school chairs, the restaurant’s aesthetic is somewhere between a tiki bar and an old-school Chinese restaurant. Tran and Chua designed the space themselves, impressive considering just how different this looks to other burger and bar-food venues.

Behind the bar Chua is carbonating sour mango juice and matcha with fresh strawberries for homemade sodas. There are also Asian beers and cocktails, such as a Green Tea Tennessee.