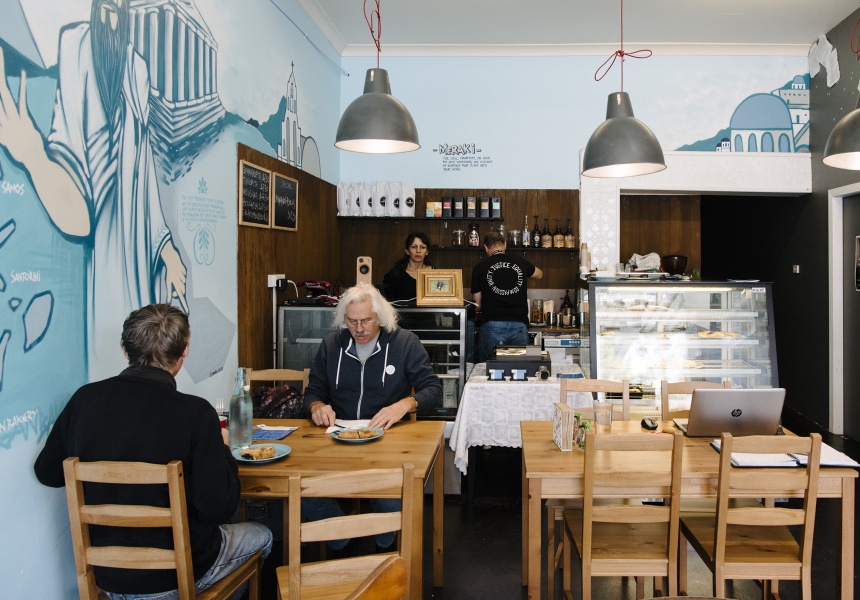 The Greek Vegan Bakery opened in Revesby in early 2018 and expanded to Newtown six months later.

For something sweet try the koulourakia (Greek cookies), which come in cinnamon, choc-chip and orange flavours. Dip them into a cup of stove-boiled Greek black coffee made with ground beans imported from Greece. There’s also bougatsa (crisp filo pastry injected with custard), made with almond milk and oranges.

There’s a giant mural of the Greek philosopher Pythagoras (one of first known vegetarians) along with a map of Greece painted on the wall by artist Camara Felipe. This artwork, along with the dark wooden tables and chairs in the cafe, could easily be mistaken for furnishings borrowed from your typical Greek restaurant located in some small costal town in Greece.

But the retail shop is only one part of the business. On weekends you’ll find the owners’ stall at the monthly Sydney Vegan Market, as well as the Windsor and Paddington markets.