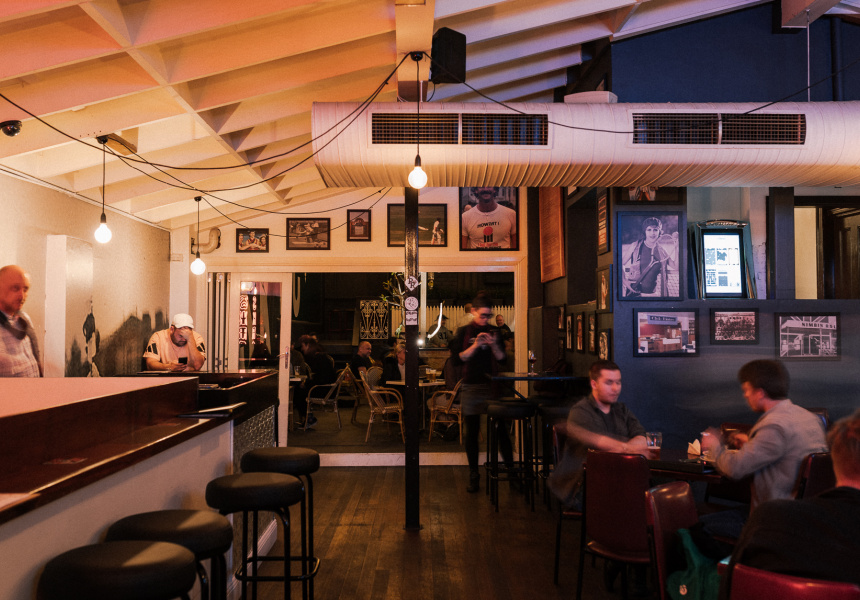 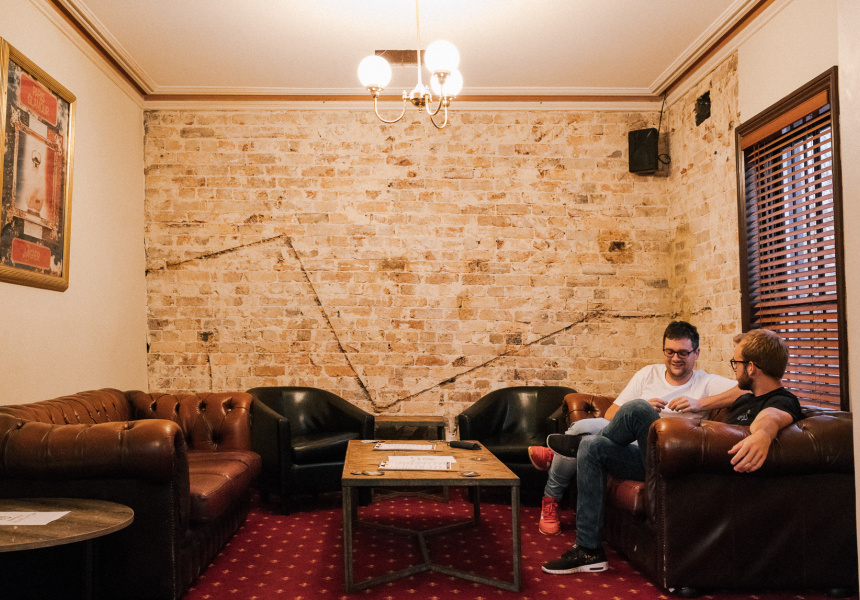 South King Recreation Club combines a traditional pub offering with contemporary accents. It’s in South King Street, which has always had a different vibe to the main drag further north. SKRC has elements of the trendiness that’s crept into the rest of Newtown in recent years but still leans on the more muted charm of the area.

The drinks at South King Rec are a cut above those you’d find at your local RSL. It has a changing cocktail list, and cocktails are $10 from 5pm to 7pm on weekdays. Local craft beers are on the taps, and the wine list focuses on minimal-intervention wines from a host of small producers.

The menu features typical pub grub, including $12 schnitties on Wednesdays and $12 burgers on Thursdays, but there are also twists on classics, such as beer-flavoured lamingtons.

Despite being on the first floor above the Botany View Hotel, there’s a small beer garden with plenty of natural light. The music is eclectic: ’60s and ’70s vinyl, and local DJs regularly grace the turntables.

The fit-out is affectionately kitsch. On the walls photos of old sporting legends such as John McEnroe are joined by ‘80s era merit boards (nicked from now-closed RSLs from around the area). There are Pokie machines, but they’ve been refitted to instead play Pac-Man and other arcade games.