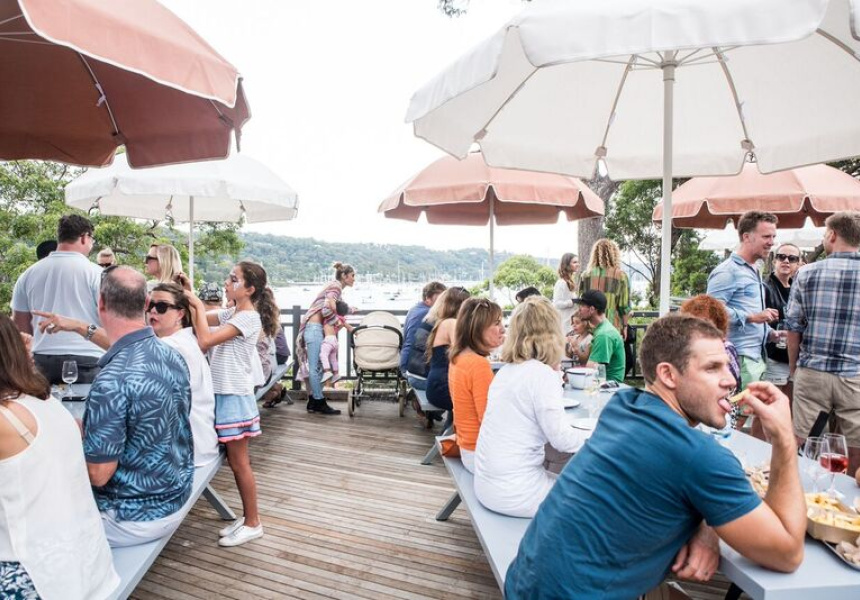 The Newport’s waterfront position has made it a northern-beaches go-to for decades. When it opened in the 1880s it was known as Newport Hotel, then The Newport Arms. It donned its current identity in March 2016, courtesy of hospitality powerhouse Merivale.

The space has a food-festival feel. Each area has its own look. There’s The Kiosk, The Shack and Vinnie’s Pizzeria, overlooking Pittwater. It’s designed for all kinds of patrons, including kids, families and groups. Come in the morning for coffee, stay for oysters at lunch and move onto drinks, then a burger.

The Kiosk serves platters. Options include hot-smoked salmon, rotisserie chicken and Ranger’s Valley brisket. The Shack offers burgers, fish and chips and salads, such as chicken with roasted pumpkin with cavolo nero (a loose-leaf Tuscan cabbage), and green-soba-noodle salad with smoked prawns.

Convenience is at the centre of The Newport’s design, but in a fun way. There’s no table service. Rather, diners use The Newport’s app to order from their seats and avoid queues. You can also use the app to order and pay for car valet on weekends.

The design draws on influences from the Mediterranean, Montauk, and the Hamptons. Certain touches come from The Coogee Pavilion (another Merivale venue), such as the giant-sized games area with ping-pong, badminton and a magnetic Scrabble board. For those who can’t do without their mobile, or for kids who need to burn off some steam, there are exercise bikes that double as phone chargers.