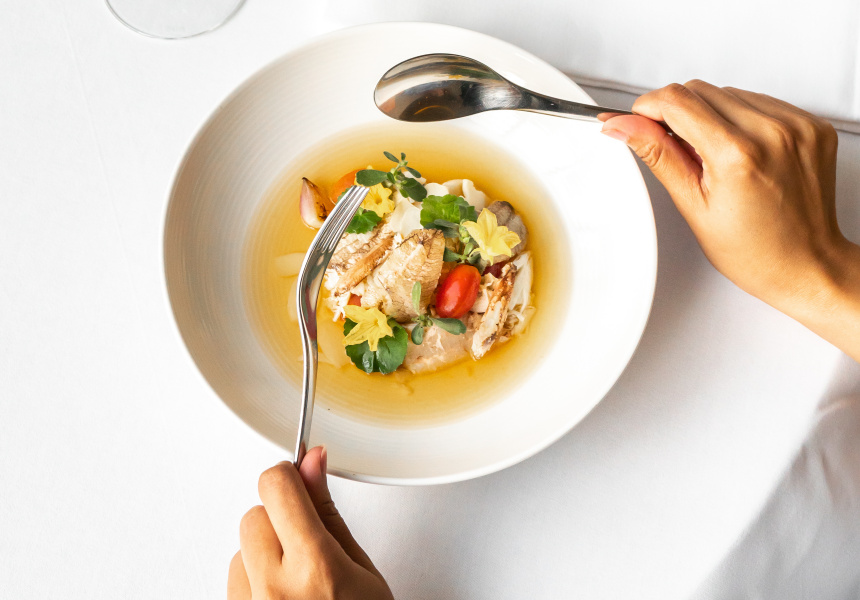 In the eight years since it opened, Bangkok fine diner Paste has kicked a lot of goals. It’s been awarded a Michelin star three years in a row, last year it placed 28th on Asia’s 50 Best Restaurants list, and its Thailand-born head chef and co-owner Bongkoch “Bee” Satongun was named Asia’s Best Female Chef in 2018. In late 2018, an offshoot sprung up in the Laotian city of Luang Prabang, and now a third iteration has opened in the Southern Highlands town of Mittagong.

Opening in a relatively sleepy town more than an hour and a half south of Sydney might seem like a strange move – but Satongun’s husband and business partner Jason Bailey is a local. He fell in love with Thailand and its cuisine on a holiday in 1996 and ended up staying for seven years, delving into Thai gastronomy before opening a Thai restaurant in the Southern Highlands upon his return to Australia. He and Santongun – who trained at Bangkok’s prestigious Blue Elephant Thai cooking school – met when Bailey was on one of his research trips to Thailand. After another eight years living in Australia, they returned to Bangkok and opened Paste in 2012.

Paste is renowned for its modern approach to traditional Thai recipes, with Santongun leading the kitchen and Bailey working in research and back of house. The couple have spent years travelling across Thailand, digging up old recipes, learning from the country’s minority populations and foraging ingredients from forests, riverbanks and beaches. The resulting cuisine is textural and original, complemented with one of Bangkok’s best wine lists.

That inventive ethos is equally apparent in the Mittagong iteration of Paste. Expect recognisable Thai dishes with creative twists, such as satay chicken wings with Mekhong (a Thai spirit) and pickled cucumber sauce; pad thai with Australian blue swimmer crab and dried scallop floss; and massaman curry made with lamb rather than the usual beef.

A watermelon salad with ground salmon, fried shallots and galangal powder has been brought over from the Bangkok restaurant; the restaurant says it was first served at the inauguration of King Rama II in 1809. And a dish of roast duck on rice crackers with coriander, curry paste and nutmeg was inspired by a Thai cookbook from 1968.