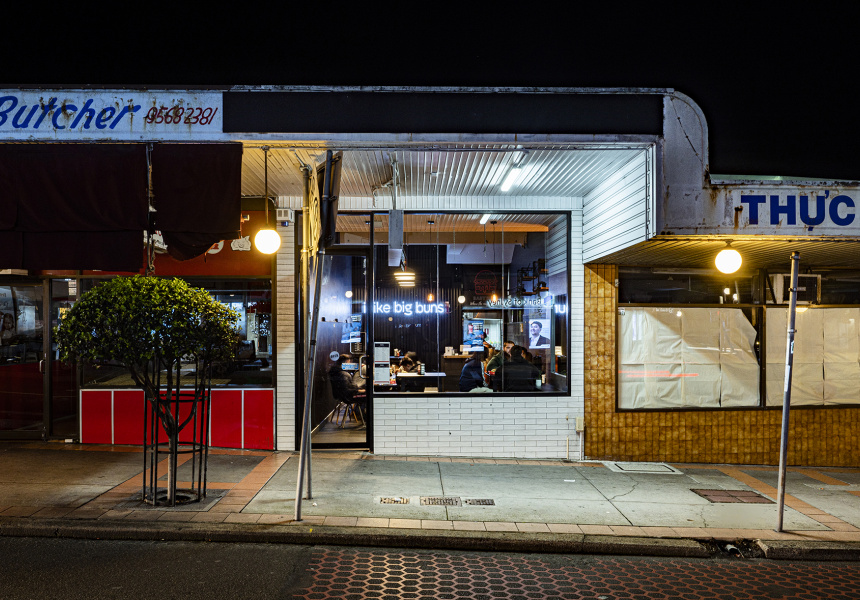 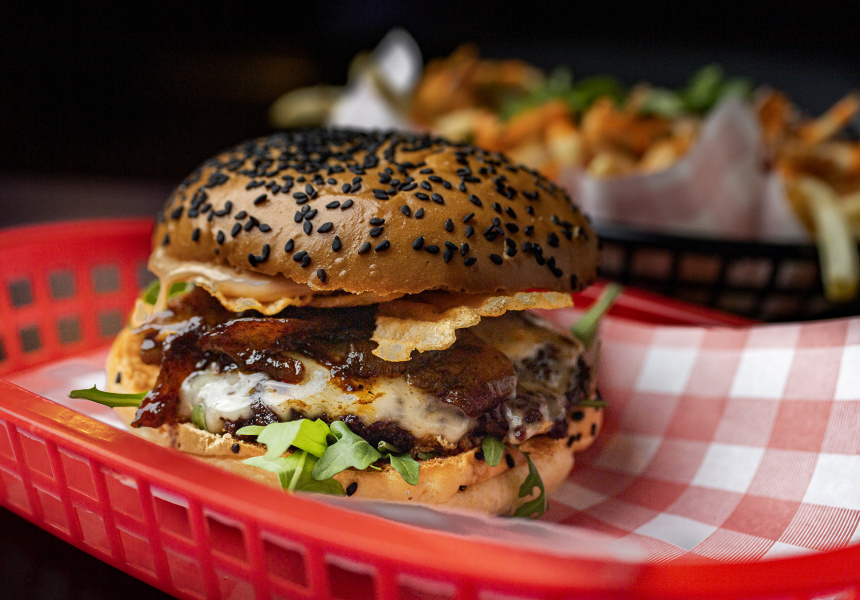 Towing a food truck from location to location is a hard slog. Just ask the brother-sister duo behind Baby Rey’s Burgers, Rey Tesalona and Donna Ward, who did it for about four years. In the early days they popped up at various locations around Blacktown, Croydon and Dulwich Hill. This was followed by a two-year residency at Marrickville’s Stockade Brew Co.

The siblings then quietly transitioned into the kitchen of small Marrickville pub The Crown & Emperor Hotel at the end of December 2019.

After laying low for a year, Baby Rey’s moved into its own permanent space down the road in mid-2021. Just like the truck, the space sticks with a no-fuss, all-over-black aesthetic, a popping “I love big buns” neon sign and a bright-red Baby Rey’s logo.

With its larger kitchen, Baby Rey’s is able to serve its full range of American-style burgers, including the popular beef Donald Truff with rocket, caramelised onions, garlic mushrooms and Havarti cheese, and the Koo-Koo, with buttermilk-fried chicken, slaw and maple-sriracha sauce.

Burgers aside, there are pho fries loaded with sriracha mayo, hoisin and fried shallots; mac’n’cheese balls; and cheeseburger spring rolls. The kitchen is also doing smoked meats – it might be brisket or ribs, depending when you visit – on Friday and Saturday nights.