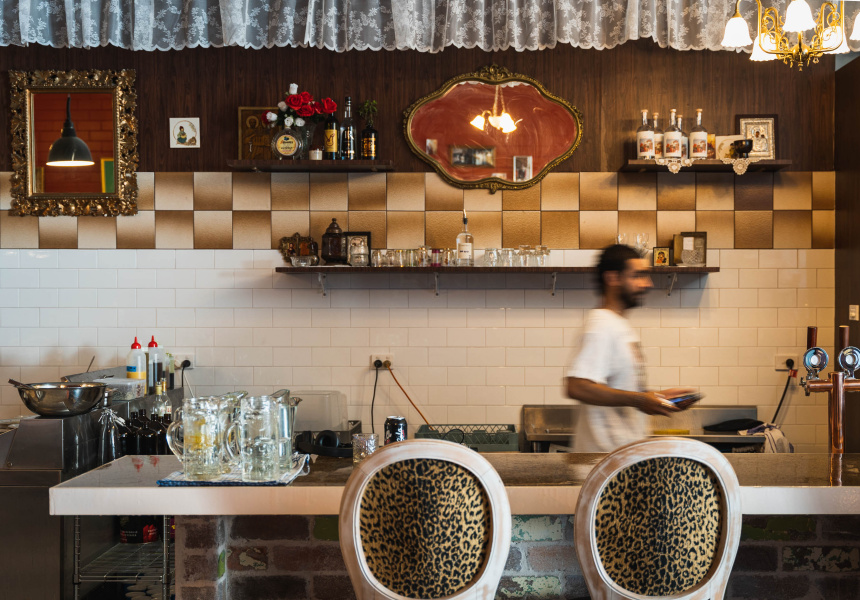 From behind the roller door of an industrial warehouse in Marrickville, Baba’s Place dishes up a diverse range of influences from Sydney’s suburban immigrant communities.

Some of those experiences might come in the form of house-made labne using culture from Lebanon; citrus schnitzel with lemon butter, charcoal-chicken sauce and fermented celery; and sous-vide octopus cooked over charcoal and served with curly endives and raspberry. There’s also a nod to Sydney’s large Chinese community: hand-pulled Shanghai noodles dressed in prawn and bacon XO-style sauce, smoked koji, lamb ragu and prawn-head stock.

The concise drinks list centres around the Balkan spirit rakija, made by Sydney’s DNA Distillery. Try it neat or mixed in a cocktail, such as the house Negroni with Punt e Mes, chamomile tea and fresh pineapple.

To create the energy of a suburban home, Baba’s Place is strewn with family heirlooms and keepsakes, plus items sourced from op-shops and Facebook Marketplace. There are bar stools upholstered with leopard-print velvet, mismatched chairs at the plastic-covered dining tables, a pebbled countertop and ’80s-style wall tiles. Turkish rugs complement a fire-engine-red wall hung with old family photos.