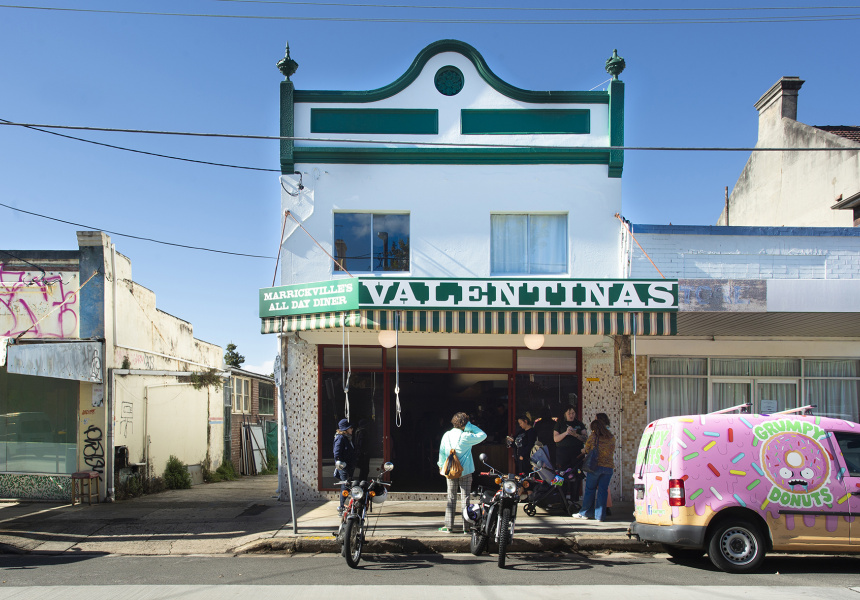 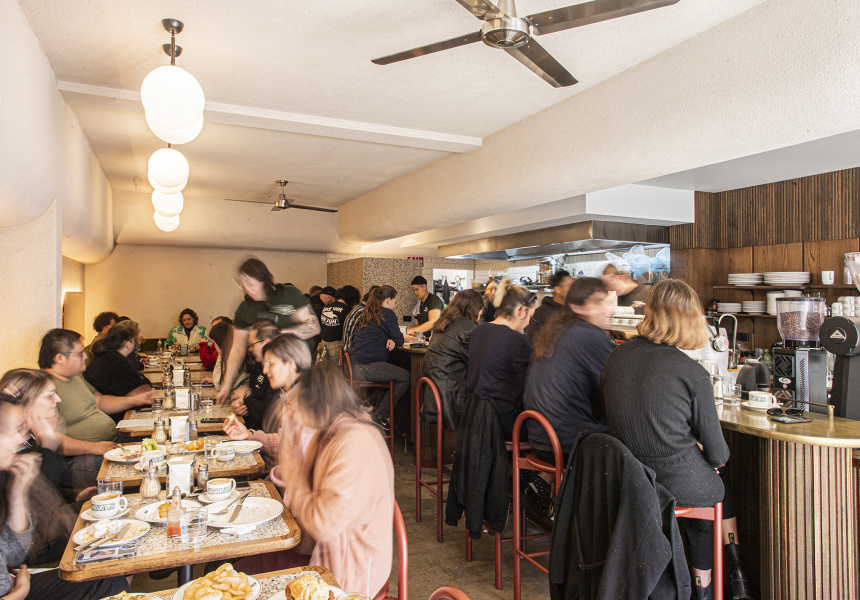 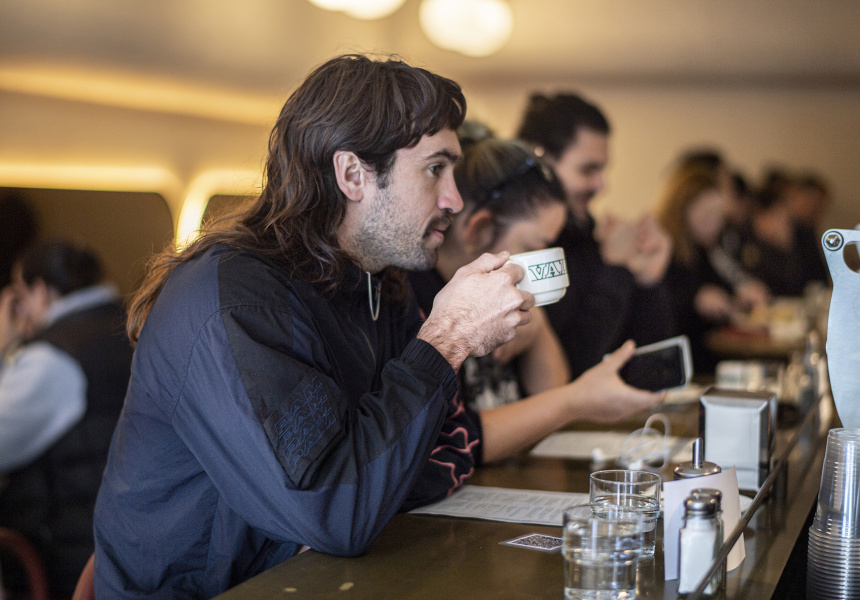 Valentina's is an all-day diner by the owners of Grumpy Donuts.

But here, the Camperdown doughnut shop’s trademark fluoro pink and green has been traded for a rich palette of burgundy, deep sage and timber. It’s a sophisticated, confidently understated contrast to Grumpy’s celebration of colour and confection.

The menu is inspired by American food. But it isn’t a greasy spoon. When developing the menu, co-owner Scott Clark’s aim was to strike a balance between simplicity and attention to detail.

Stand-out dishes include the fried mortadella sandwich with crisp potato chips on thick white toast; a sandwich filled with jus-dipped roast beef; and vegan sloppy joe. There are also fish-finger sandwiches, a range of breakfast sandwiches (including sausage, egg and cheese) and slices of pie. Coffee is by Artificer.

The focus on detail finds its way into all elements at Valentina’s. Its aesthetic is consistent, from the fit-out to the branded retro order pads used by staff. Curves also dominate the architectural design, with hand-rendered, chalky-white curved walls, an elegantly rounded timber counter, curved edges on the tables and chairs, and wide-wale corduroy upholstery on the banquette seats.