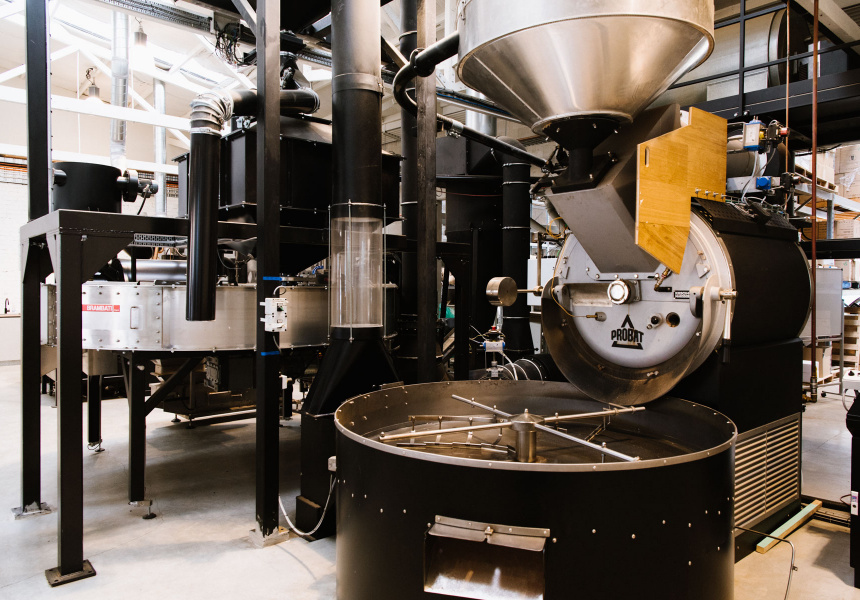 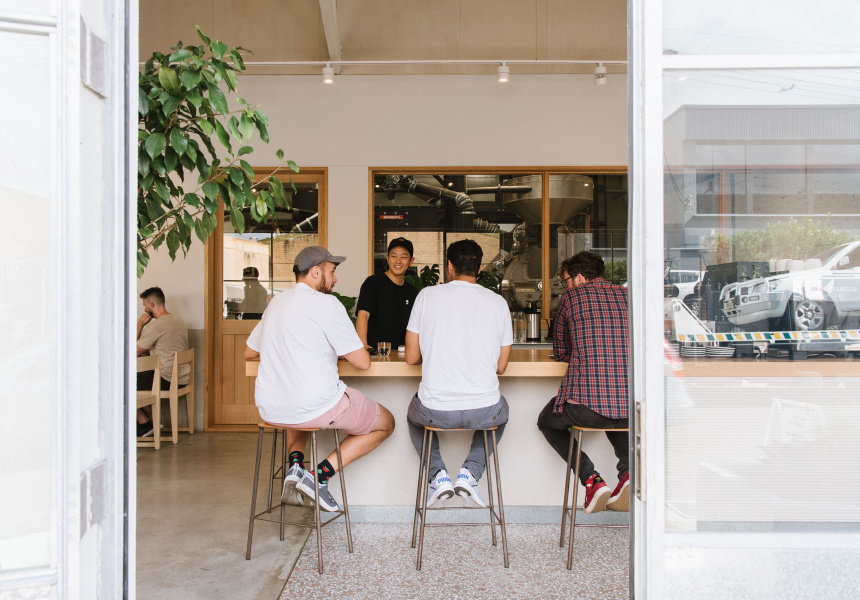 Deluca takes its morning brew seriously – it’s only open till 11am on weekdays (and 1pm on weekends). It’s Marrickville residence is the coffee roastery’s second outpost – and flagship – in a light-and-bright warehouse on backstreet. But unlike the original (which opened in Banksmeadow in 2011) it’s coffee – and only coffee – on the menu.

Choose from full cream, oat or black. For milk-based coffees, there’s Sweet Spot, Deluca’s core blend that uses beans from Colombia and Indonesia. The beans for black coffee, however, vary depending on what the team manages to get its hands on. One week it might be serving La Maria La Fosa from Colombia, which has notes of dry prune, papaya and red apple. The next it could be washed coffee beans from Guatemala or Ethiopia.

Just like the menu, the space is minimalist. Designed by Cameron Krone, co-founder of Sydney studio Smith and Carmody, the venue features clean lines, natural timber and a neutral colour palette throughout. Streams of natural light are let in by the floor-to-ceiling windows at the front, while the espresso bar is front and centre of the cafe. Behind the espresso bar are large glass windows that frame a hunky German cast-iron Probat G90.

All the beans, which are roasted on-site, are available to purchase in-store. If you’re unsure which is right for you, Deluca’s advice is to just ask the barista.