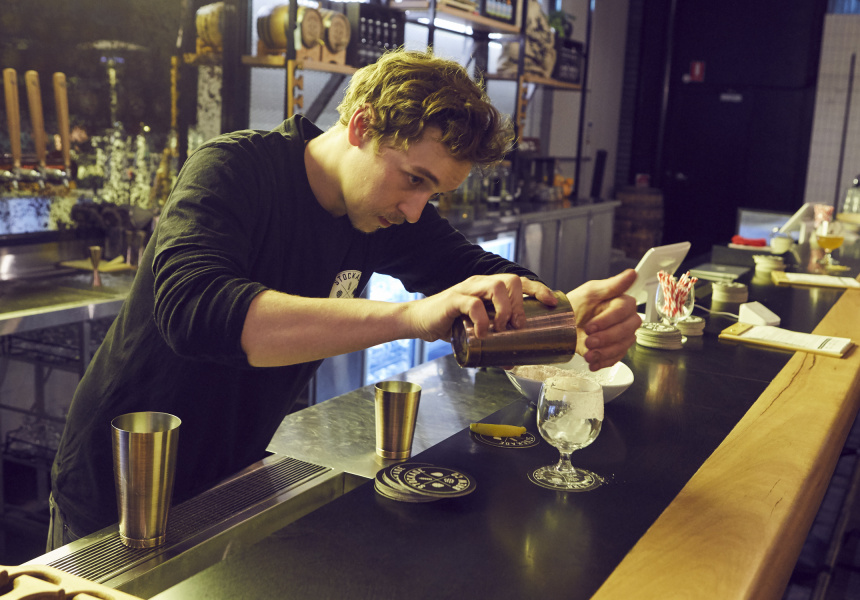 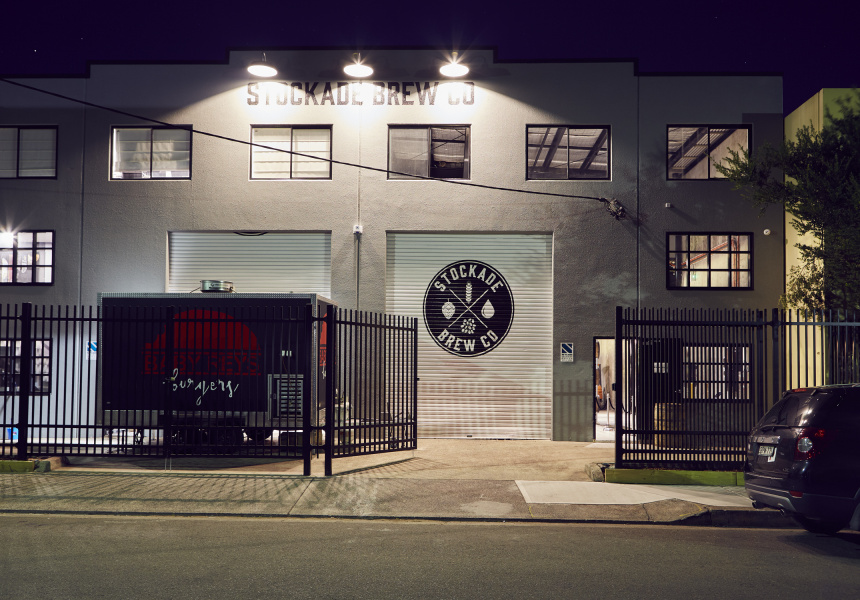 The bar and dining space has Art Deco elements and industrial touches. The large space accommodates 250 guests, and has an intimate tasting room for 14 people.

The bar is made out of repurposed barrel staves taken from barrels previously used for Stockade’s beers, and there are customised light-box menu boards and LED lighting.

Alongside a core range of four beers – 8 Bit, Chop Shop, Duel and Hop Splicer – there are limited-edition brew taps from the likes of fellow Marrickville locals Bucket Boys and Melbourne’s Hop Nation, plus a rotation of four barrel-aged beers made and aged on-site.

The brewery works with Urban Winery Project and Australian craft distilleries on its list of non-beer drinks. Wines are blended on-site and aged in Stockade beer barrels. And spirits are infused with Stockade hops for cocktails such as the gin-based Hop Scotch or Old Money Brandy Balloon.

Food-truck aficionados Eat Drink Collective sort out the line-up of collaborations that will change monthly.

Tasting sessions, brewery tours, even butchery and cocktail masterclasses run during the week.