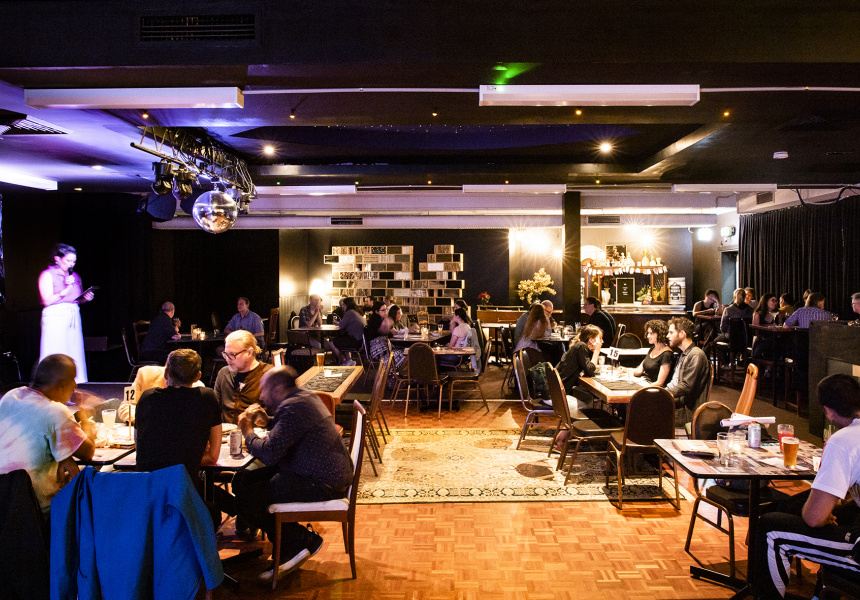 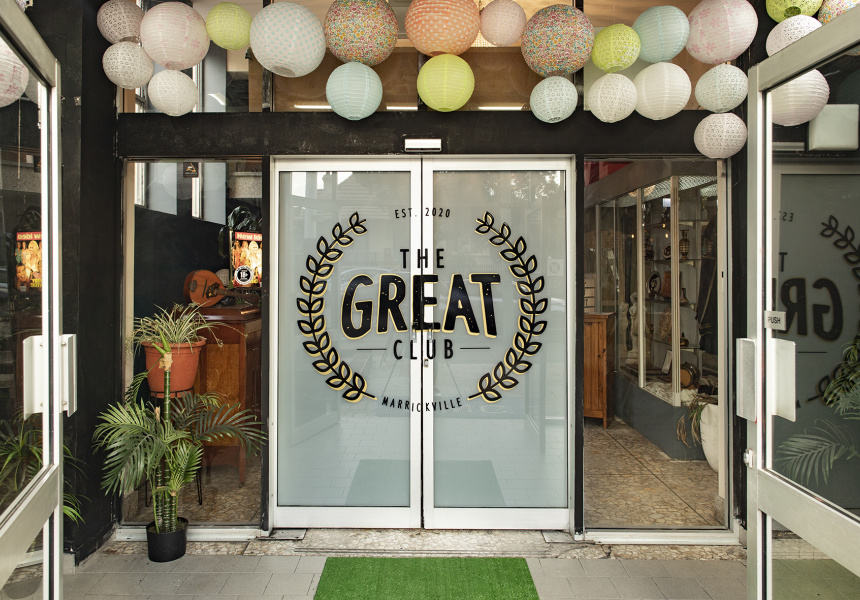 Before it was The Great Club, the 1950s landmark building on Livingstone Road was previously the home of Marrickville’s Greek Macedonian Club. The address lay dormant for two years, until local music veteran Alison Avron (who previously ran The Newsagency) revitalised the building in 2021. Today, it’s thoroughly in line with the area’s other community-driven live-music venues, including The Gasoline Pony and Lazy Bones Lounge.

At 300 seats, it's also the biggest of the area’s venues – making it an appropriate pitstop for larger touring acts as well as emerging local talent. On any given night, you'll find a bill of contemporary styles ranging from pop and jazz, to acoustic and experimental music. Also, the occasional comedy act and weekly trivia.

The club’s kitchen sends out classic burgers (with a vegan option available), nachos, a tight menu of pizzas and a handful of desserts. Behind the bar, it’s crowd-pleasing cocktails, including three different Margaritas and a selection of fruit-laced house creations.

While the stage and sizeable bar are undeniably the venue’s main attractions, the small museum of Greek garb and artefacts owned by the Greek Macedonian Club are worth admiring. It's proudly displayed in a glass cabinet at the building’s entrance.