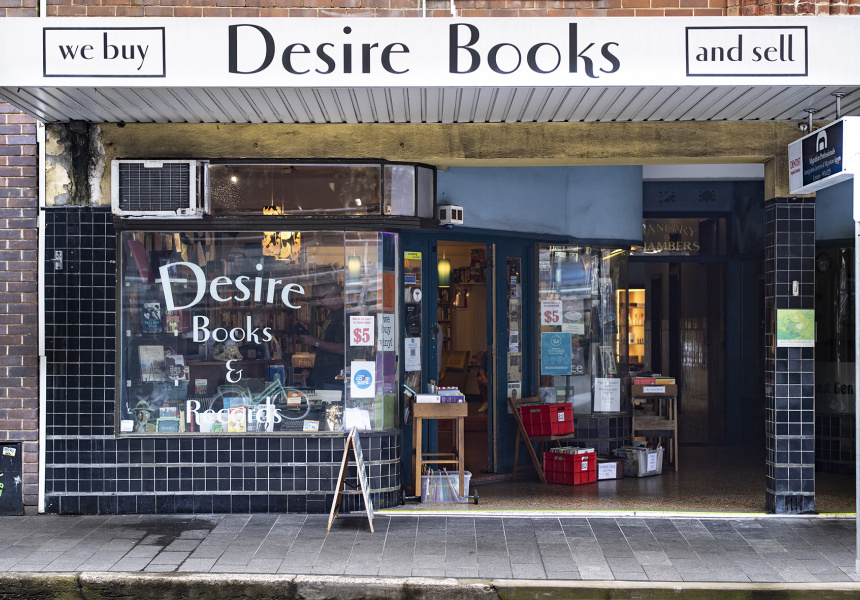 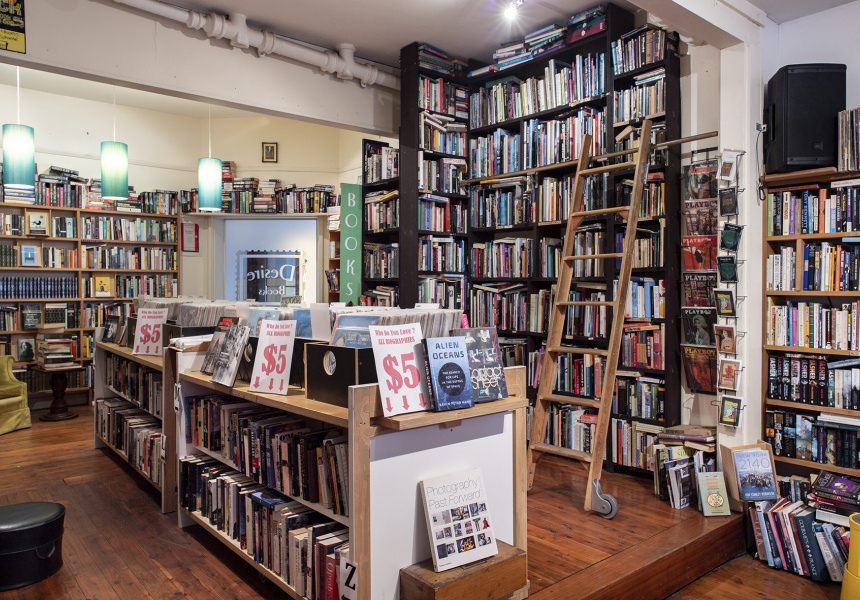 Desire Books and Records in Manly is a quirky and weird shop, admits co-owner Julia Wilson. It’s punctuated by the literary gems she finds in small town op-shops while touring as a stand-up comedian. And there’s no in-store catalogue for any of it. Between Wilson and her four creative co-owners (a stage manager, a film maker and two writers), someone will be more than happy to scour the shelves with you and be surprised by what’s on-hand.

The five friends took on the store in 2014 after the previous owner bowed out. And if they hadn’t ponied up, this cherished local bookshop would have been fated to become another cafe off the Manly Corso.

Now it’s full of personal touches, jam-packed crates of second-hand vinyl and – of course – a desirable selection of second-hand books, with a notable lean towards philosophy and psychology.

Like many independent bookshops of its ilk, this one is heavily engaged with the community. It exhibits the work of local artists and hosts open mic nights, cultural conversations, and a community choir delightfully named Choir at Desire.