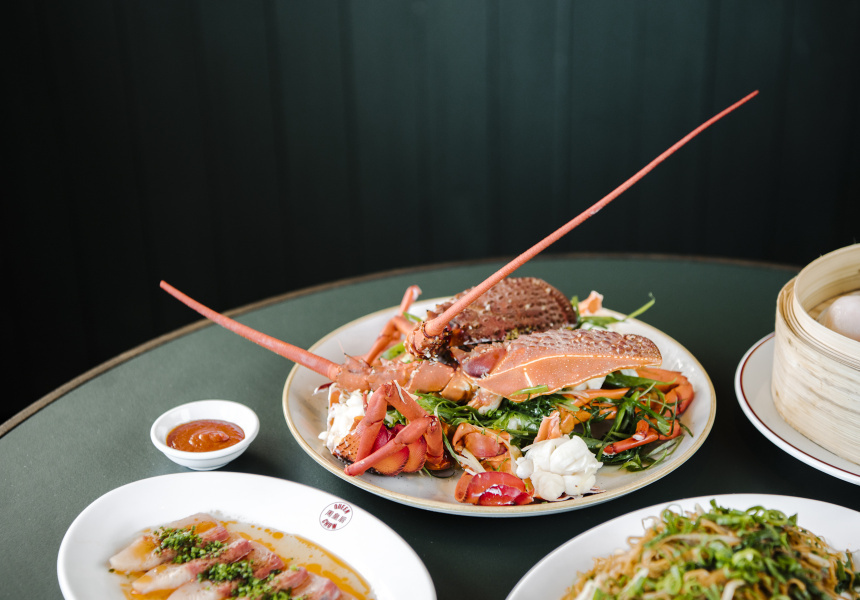 Queen Chow in Manly is bigger than the Enmore original (inside Merivale’s Queens Hotel) and has a much stronger focus on seafood.

This Queen Chow, which opened in July 2018, has a dedicated oyster bar, live-seafood tanks, lazy Susans on large-group tables, million-dollar views and a dark-green colour palette that makes it feel refined and modern.

The seafood offering is a deft balance between traditional and Westernised Chinese food. Mud crab, lobsters and pippies wok-fried in XO sauce sit alongside honey king prawns. Much of the menu is inspired by Hong Kong’s dai pai dong, open-air food stalls. There are barbeque Peking duck pancakes with cucumber, leeks and hoisin sauce, and a warming soup of handmade wontons.

Enmore favourites such as barbeque platters of roast duck and char siu pork are also on the menu, as is an exemplary dim sum offering. Choose from pork and prawn shumai; pork xiao long bao; wild-mushroom dumplings; and wobbly, yellow egg tarts.

There’s a 200-strong wine list with a strong focus on organic and biodynamic wines, rieslings and lighter reds such as pinot noir. Herbs and fruits used in the food are also incorporated into the cocktails, such as the Chow Dynasty with Wyborowa vodka, lychee, yuzu, passionfruit and sake. And the Silk Route with Beefeater gin, lemongrass, citrus, apple and orange bitters.