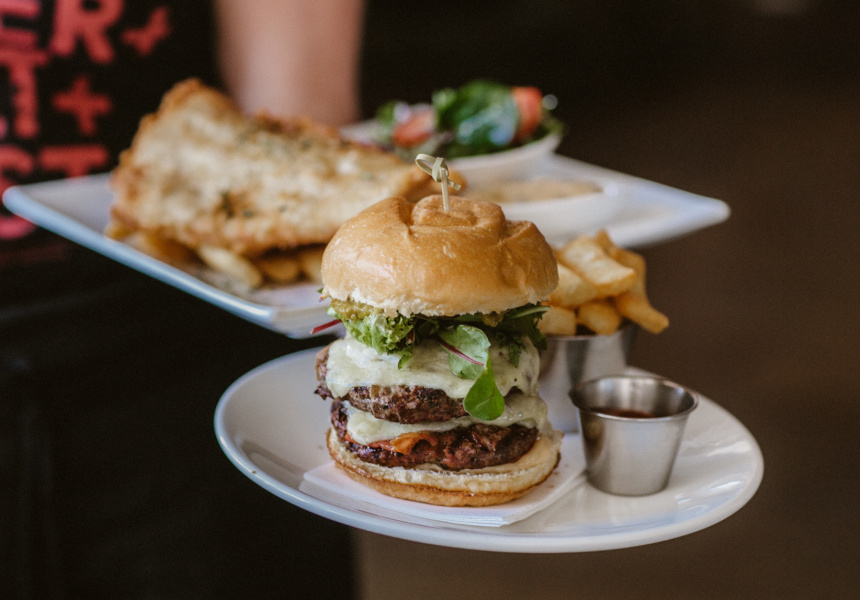 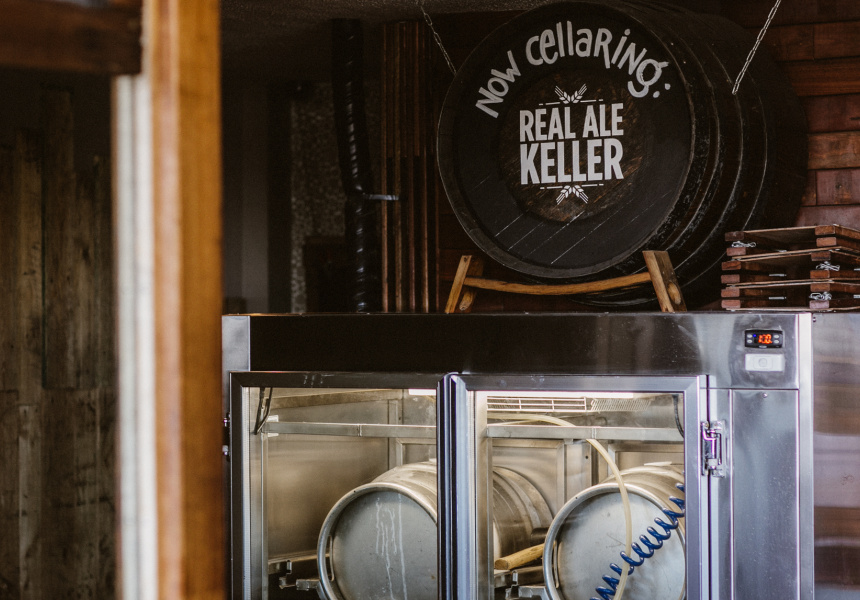 Consider this wharf-side venue the genesis of 4 Pines, one of Australia’s most successful breweries. So successful that it was snapped up by AB InBev, the world's largest brewing company, in 2017.

Since Jaron Mitchell launched 4 Pines in 2008 with a pale ale and a kolsch, the company has grown to include two community-focused venues and a wide-ranging selection of beers, including the experimental Keller Door range.

Upstairs has remained unchanged since opening in 2008. The original microbrewery is the visual centrepiece. Then there’s a large bar and taps pouring the 4 Pines core range and two Keller Door options. Staff ferry about staple pub meals such as massive burgers, fish and chips and beef pies cooked with 4 Pines stout.

After a short-lived stint as a separate venue (known as 4 Pines Underground), the downstairs became The Keller Door in 2017. It’s a much more communal affair. The menu centres around Spanish- and Mediterranean-style shared food. Slivers of buttery rump steak with chimichurri, or an octopus, chorizo and avocado mousse salad might precede a whole suckling pig, cooked for 72 hours.

The downstairs taps offer only the Keller Door range – that is, the more experimental beers such as the polarising coconut-and-cherry brown ale, or a fruity rooibos-infused ale. It is produced in 50-keg bursts 50 to 60 times per year.