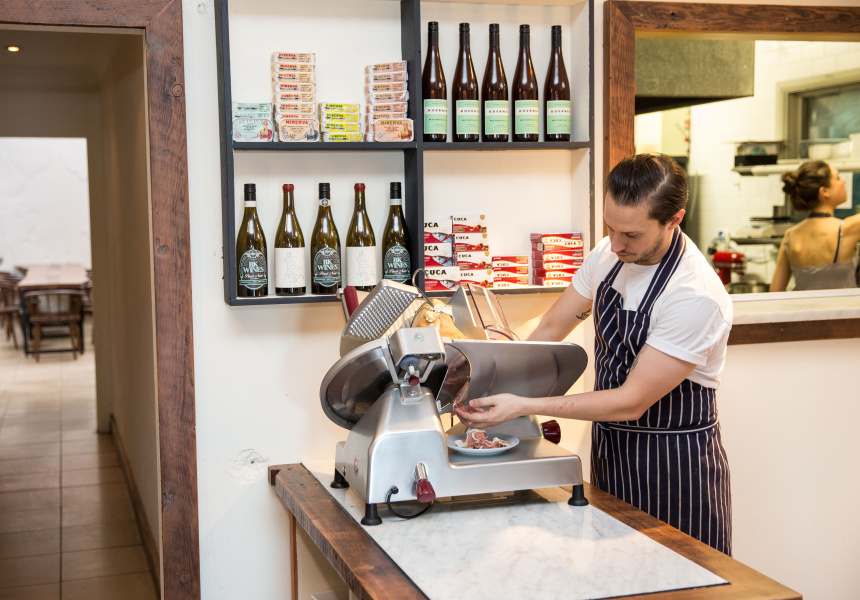 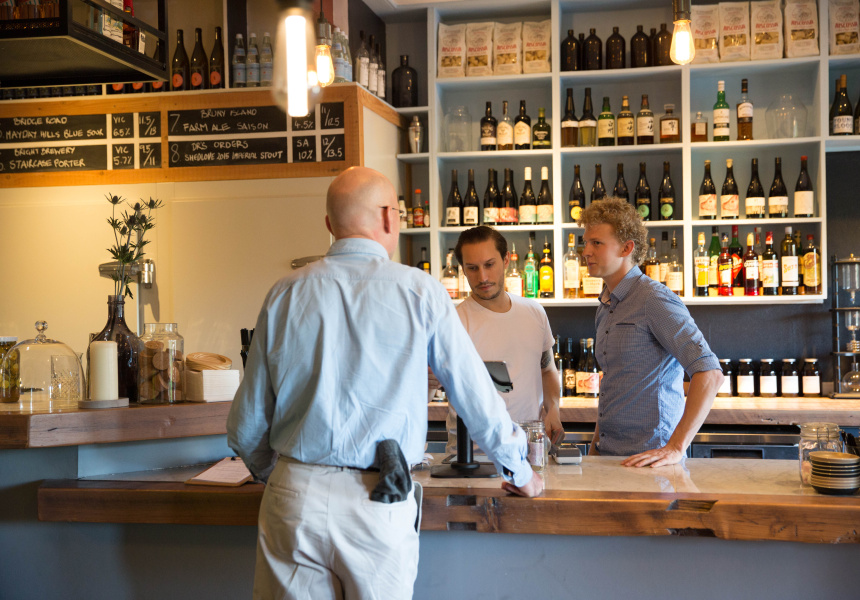 The first thing you’ll notice at Creek & Cella are the fridges. The fluorescent, white-tiled glass cabinets display locally sourced produce as artfully as a still life painting. On any given day cured NSW smallgoods from De Palma and Quattro Stelle Salumi might hang, with a washed rind by Tarago River and raw milk cheese from Bruny Island stacked below.

The menu is a tour-de-force of local goodness. Case in point: the Reuben sandwich. It’s stuffed with pastrami from Sydney-based Challenger Smallgoods, pickles by Westmont Picklery and packaged in a dense rye from Pyrmont’s Pioik bakery.

The place has a refined, easy-going charm. And that’s exactly what Edwards and King had in mind when they opened here in late 2016; a contemporary European eatery, serving lazy sundown wine, charcuterie plates and something more substantial, too. It’s a well-travelled relative to the storied Italian restaurants that share the strip, if you will.