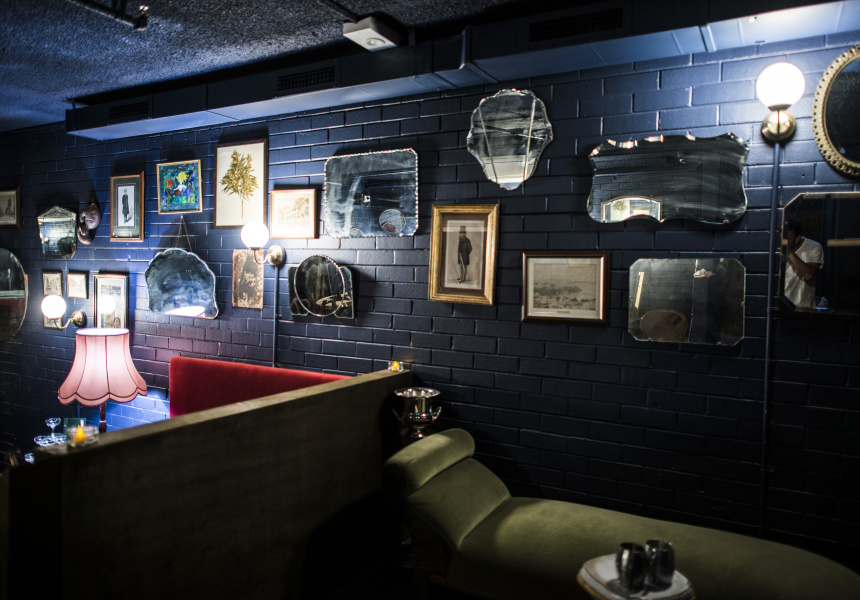 The Great Depression might have been a major theme of the 1930s, but for Sydney it was, in part, a time of celebration inspired by the opening of the Harbour Bridge and artistic, intellectual and social change. It’s this vibe that Dulcie’s King Cross channels.

The 60-person basement drinking parlour – which once served as a popular strip club and a rumoured heroin dispensary – has been named after Sydney’s queen of bohemia, Dulcie Deamer, who was also a novelist, poet, thespian, journalist, founder of the Fellowship of Australian Writers and the first female boxing reporter. At 74 she was told by the doctor to stop doing the splits on bars because she’d had a heart attack.

The venue features decadent fabric, rugs and antique furniture. Old portraits of Deamer, posters of old maps and photos of Sydney before the Harbour Bridge was built hang on the walls.

The stage is used for tarot reading, burlesque, cabaret and monologues. At 1am on Friday and Saturday nights there are live shows.

Dulcie’s is also serving only Australian wines, spirits and produce.

Most of the wines are from South Australia, with the odd riesling from Canberra’s Mallaluka Wines. You could pair it with a toastie. Flavours change depending on the meats and cheeses available.