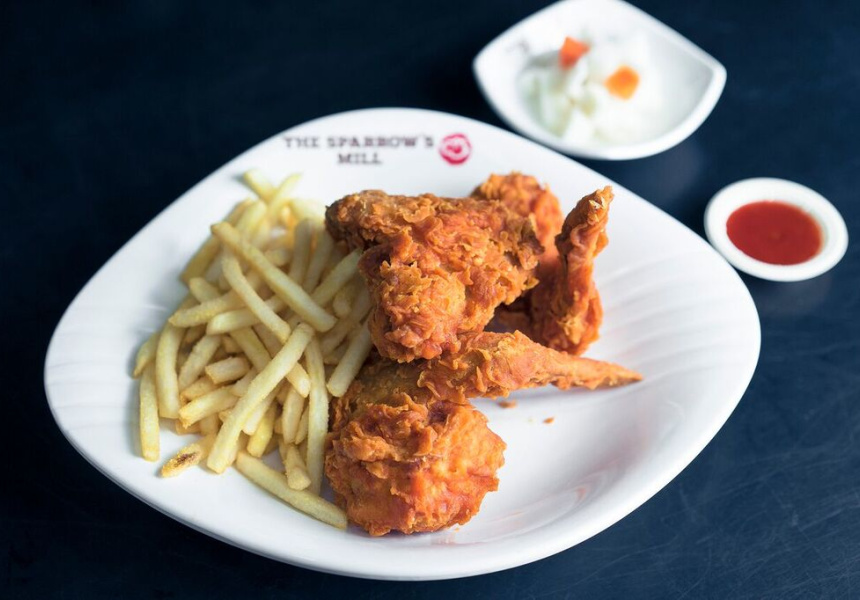 In Korea, fried chicken is available like kebabs or hamburgers are here. You can get it quickly, everywhere, and more often than not, you’ll get it with beer. This is the idea behind Sparrow Mill Express: the smaller, faster version of one of Sydney’s best fried-chicken restaurants.

It’s the offspring of Red Pepper Bistro, the fried-chicken hub revered among Strathfield’s Korean community. The express food-court stall serves the same 12-hour-marinated, twice-fried chicken as its mother restaurant. But here it’s not restricted to massive three-person platters – the chicken is sold in pieces. You can still get enormous plates of snow chicken (the crispy one with the cheese in it); soy sauce chicken; or the classic crispy stuff. There are also mini one-person take-out boxes with drumsticks or wing-dong (the wing with extra arm meat).

It also serves a number of drinking-friendly Korean single dishes and classics, such as bibimbap, beef bulgogi and soft-tofu stew.

While Sparrow Mill Express doesn’t sell any drinks directly, there’s an old-school range of bottles and cans at the food-court bar.