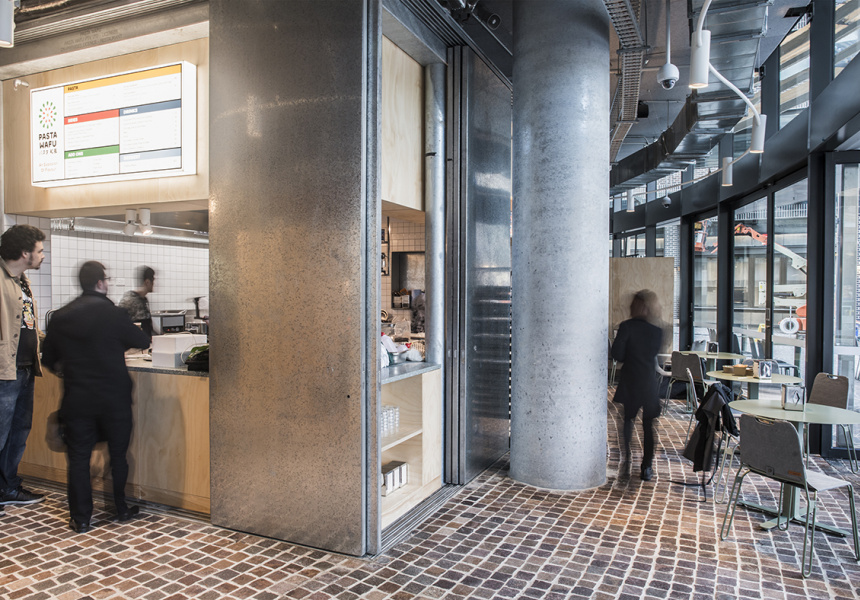 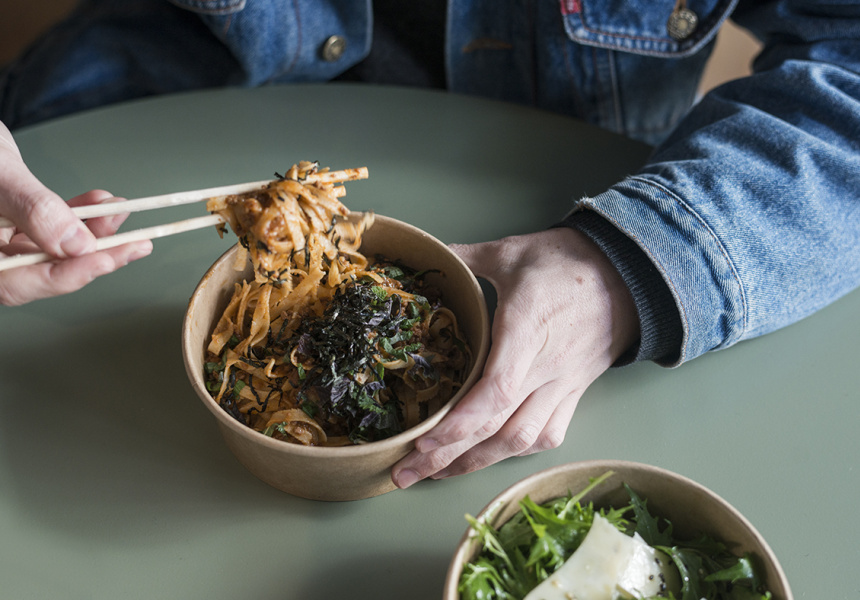 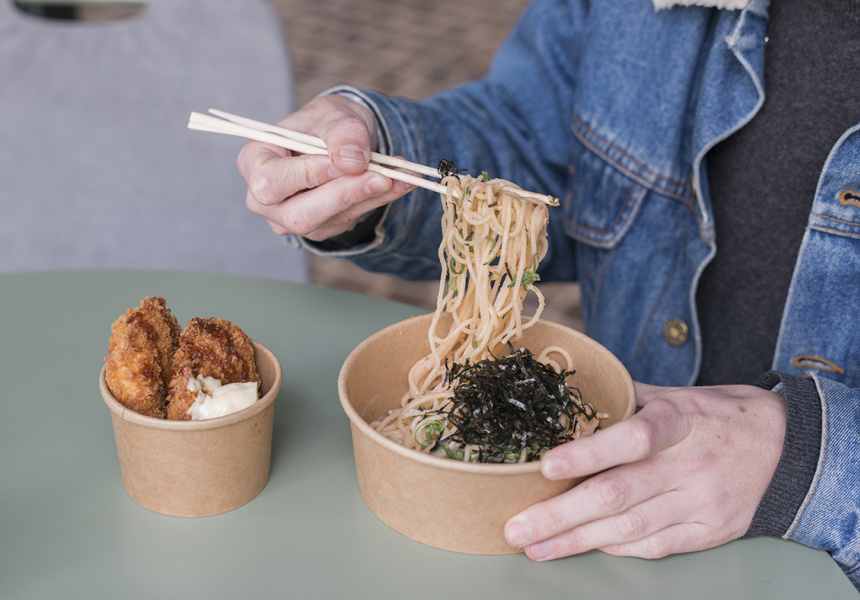 Pasta Wafu is about fresh pasta made every day, inspired by wafu traditions – the Japanese reinvention of Western recipes.

There are five options, all $14 or under. Some of them, like the mentaiko spaghetti with marinated cod roe and nori, are just like what you’d find in Japan. Others – such as the miso-enriched bolognaise topped with fresh shiso, and the kinoko spaghetti with miso-butter mushrooms and a buttery shio-koji (a seasoning made from salted and fermented rice) sauce – are more loosely Japanese-inspired.

All of the pastas are simple and petite, and there’s an eight-strong list of sides such as parmesan, nori, onsen egg and bacon to add extra texture, punch or mass. There’s also Tabasco and shichimi (a Japanese seven-spice blend, usually with chilli).

It’s reminiscent of the spicy fried noodle dish mee goreng, just far more nuanced. That’s because of the softness of the house-made fresh pasta, the comparative dryness (they’re way less saucy than most Sydney pastas), the simplicity, the savouriness and the lack of cheese – just like a good pack of Indomie instant noodles.

Pasta Wafu is one of the flagship eateries in Darling Square’s Maker’s Dozen Food Hall within the striking six-storey Exchange, the Kengo Kuma-designed Haymarket building that looks like a hurricane made of wooden ribbons. Everything is takeaway, and you can have your pasta with a serve of potato croquettes, karage chicken and sake.