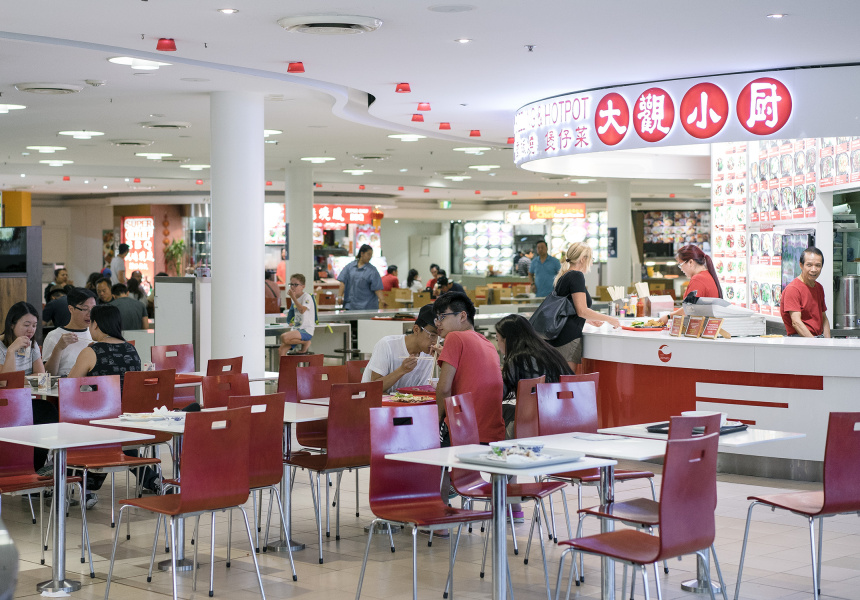 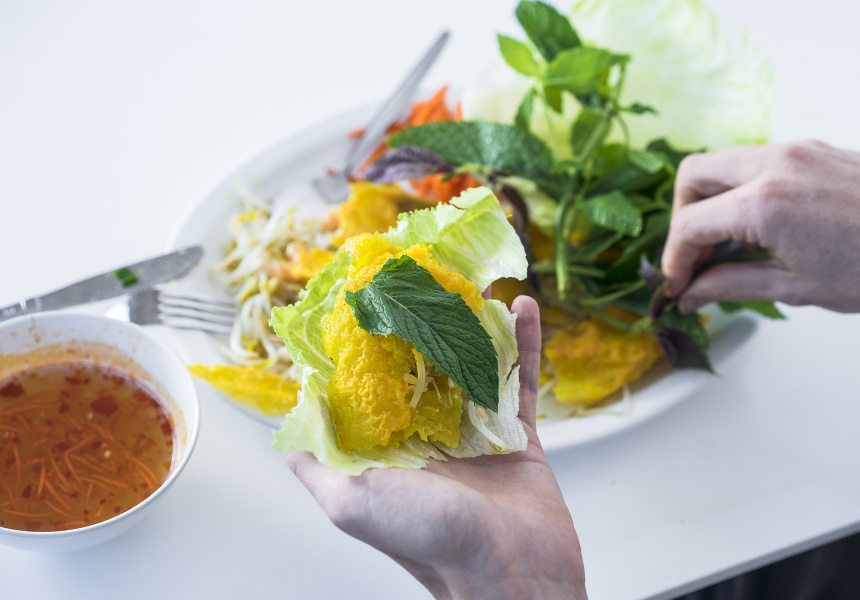 Every now and then someone walks into the Market City food court, sees a stall named Bò 7 Món Thanh Tâm and stops in surprise. Bò 7 Món Thanh Tâm wasn’t always a food-court stall. In the ’90s it was one of Bankstown’s most popular Vietnamese restaurants. Before that it was serving Surry Hills’s resident phở, bánh xèo and vermicelli salad – an early Crown Street hotspot from 1985.

It was only after the building was sold, almost 10 years later, owner and chef Phuoc Hoang moved to Bankstown. It was there he got his reputation. Not long after his restaurant opened, news spread that Hoang’s food was just like the cuisine of Saigon, especially the chargrilled meats and his bò tái chanh, a Vietnamese raw-beef salad. The beef is semi-cured in lime juice with fresh herbs, ground peanuts and prawn crackers riddled with black sesame. In Saigon it’s usually a street snack or served as an accompaniment to beer in cheap bars.

Although he serves a vegetarian menu for his Buddhist customers, Hoang says meat is his specialty. Specifically, as his restaurant’s name reveals, beef done seven different ways. Bò 7 Món is a common Vietnamese wedding tradition and in 2005 Hoang left Bankstown for a bigger site in Canley Heights to cater for Vietnamese weddings. It never worked out. His landlord deceived him and he was bankrupted, losing both his business and home.

At Market Street food court he’s slowly building both his business and his reputation back to its former glory. Thirty years later, he’s still making the same bò tái chanh, phở, bánh xèo, chargrilled meats and Vietnamese drip coffee just as he did from day one in Surry Hills.