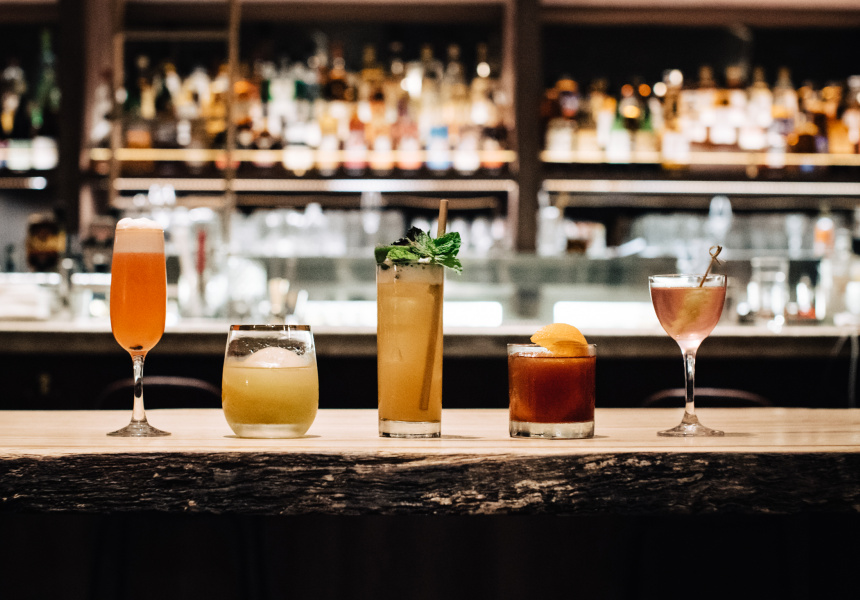 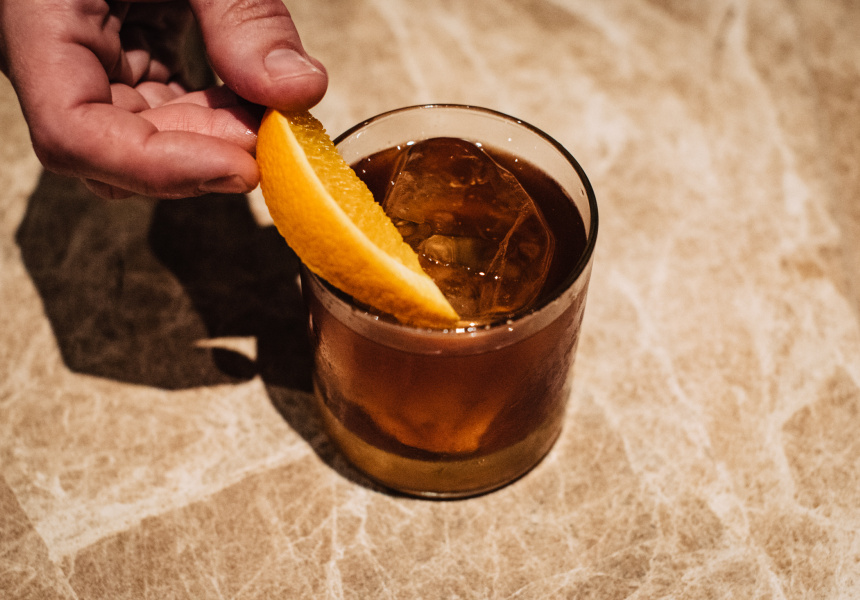 Before Tokyo Bird opened in a Surry Hills back alley in 2014, the owners Jason Ang, Tina Wing Kee and Yoshi Onishi were considering Chinatown. They felt there was nowhere in the area to go for a good drink – and wouldn’t it be cool to smash a Manhattan or a Gin Fizz before a plate of dumplings? But they couldn’t find a space. In 2018 they managed it.

The result is a cocktail and kushikatsu bar by the name of Banchō in the Ultimo Hotel building on Thomas Lane (kushikatsu are fried things on skewers). Thomas Lane – which was all too recently sprawling with rats, and is still host to the occasional unidentifiable odour and lost UTS student – is also home to the Prince Centre, the mirror-filled arcade with magnificent tenants such as Caysorn, Menya and, perhaps the most famous of all Sydney’s cheap dumpling hang outs, Chinese Noodle House – otherwise known as the one with the grapes on the roof.

It’s a surprising place to find a slick whisky-heavy cocktail bar that wouldn’t look out of place in a fancy New York burb. Check the high ceilings, the marble bar backed by hundreds of backlit crimson liquor bottles, the benches made from repurposed and uncut tree trunks, and the upstairs lounge, which has dark leather couches and a reserve liquor section with invisible price tags in the hundreds and thousands.

There is certainly nothing like it in Sydney’s Chinatown.

The bar is run by Chad Choulai (ex-Lobo Plantation) and Luke Hanzlieck (ex-Victoria Room). The main menu is split into five categories: light and refreshing, sours and tropics, featured classics, decadent and spirit forward, and market store (a rotating list based on what’s in season from nearby Paddy’s Markets).

Like the team’s original venue, Tokyo Bird, there’s a grand selection of Japanese whiskies, but also a few American and local spirits, too. There’s a growing sake list and a solid choice of Japanese beers: craft by the bottle and Asahi on tap.

Kushikatsu was born in Osaka and is meat and vegetables battered and stuck on skewers (the batter is different to tempura). Banchō includes fried spaghetti sticks and panko-crumbed prawns, as well as crab baos, pork sausages, lotus chips and pork crackling, as well as.