Immune to Sydney’s occasional chaos, Erksineville sets a slightly slower pace. In partnership with realestate.com.au, we explore what makes this evolving town so good in our Greater Sydney series which features up-and-coming suburbs.

Erskineville is poised at the barrier to Sydney’s sprawling inner west and carves out the city’s edge. Once a borough for market gardeners, brick makers and leather tanners, it was very much an industrial suburb until the early 20th century. Greek and Macedonian migrants settled in the ’50s because it was affordable and close to the city. Erskineville is also etched into showbiz history: Priscilla, Queen of the Desert was filmed at a local pub and Hugh Jackman starred in indie film Erskineville Kings right before he first played Wolverine. Now the creative set has settled among the area’s laneways and steeped rows of charming small-scale terraces.

Along Erskineville Road – the suburb’s vibrant, leafy high street – is a collection of cafes, bars, restaurants and timeless pubs. Erskineville is a place for sunlit brunches, long lunches, lazy afternoon cocktails and laid-back dinners. While the area rests just outside of NSW’s lock-out laws, late-night bar hopping isn’t Erskineville’s chief draw card. The closure of the troubled Imperial Hotel earlier this year, and plans for a more relaxed future for the venue, are probably more in tune with the cool, peaceful nature of a suburb, popular with both singles and maturing families.

Rather than a list of the next big things, for the most part, Erskineville’s restaurateurs, store and cafe owners have inhabited the area for years. We speak with some locals who have watched the suburb evolve, and who are dedicated to supporting it.

A Taste of Things to Come
“Erskineville is special to me because I grew up in this area; I’ve been here for more than 20 years.” Kevin Cheung has very recently launched a pop-up concept, A Taste of Things to Come, on Erskineville Road. To develop the business, Cheung spoke with locals about how best to use the former restaurant space. “I really wanted this business to be involved with the local community. While calls for a butcher tallied high, locals were most interested in a relaxed eatery with a reasonable price point. For now, you’ll find a varied menu by chef Brian Villahermosa, which includes Mediterranean fare alongside steak and smoked mash and a lamb neck and mushroom pie. The cafe-bistro hybrid may soon include a rooftop bar.

Fleetwood Macchiato
“The suburb is great. It's like a friendly, approachable offshoot of Newtown,” says Jai Pyne, co-owner of Erskineville Road cafe Fleetwood Macchiato, and frontman of Sydney band, The Paper Scissors. “It’s like Newtown's less-scary and less-intense little sibling.” Opened in 2012, Pyne’s light-filled cafe has a no-fuss approach and is a solid part of the local community. “In the last three years we've made friends, met lots of new people, said farewell, worked on projects with neighbours, drank beers at the local and just loved the neighbourhood. We feel really fortunate to have a cafe in this suburb.”

Revolve Records and Relics
Jon Orden moved into the area to open his second-hand record emporium, Revolve Records and Relics, 11 years ago. The store is a vibrant assemblage of everything from easy listening to seriously rare collectables (Orden is currently negotiating on a rare U2 recording on white coloured vinyl worth a cool $7000). “When people come to the shop they’re really surprised at how beautiful the village is,” he says with a smile. “They always feel like staying and going to have a coffee, wine or beer. It has a pretty tranquil feel about it.”

Tom Bass Sculpture Studio School
“We love Erskineville because it’s such a vibrant and friendly community, family focused with many residents interested in the arts,” says Tom Bass Sculpture Studio School’s manager, Melanie Watkins. Founded by celebrated Australian sculptor Tom Bass in 1974, the sculpture school shifted spaces and made its home in Erskineville in 1998. The aim of the school is to impart Bass’ sculpture fundamentals – technique, form and concept. Relaxed and social, regular workshop classes run for 10 weeks, with students attending one three-hour workshop per week.

The original outpost of Sydney’s Shenkin Cafes is on Erskineville Road. Fill up on the Haikin family’s distinctive and delicious Israeli fare.

Although technically within the Alexandria postcode, owner of relaxed French-Australian gourmet grocer and cafe Bitton, David Bitton feels more a part of the Erskineville community.

To explore the suburb in more detail, visit the Erskineville suburb profile at realestate.com.au. 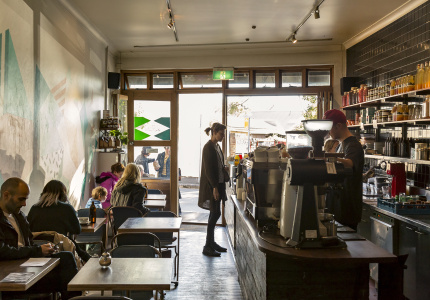 Housemade everything and seasonal coffee from the city’s best roasters. 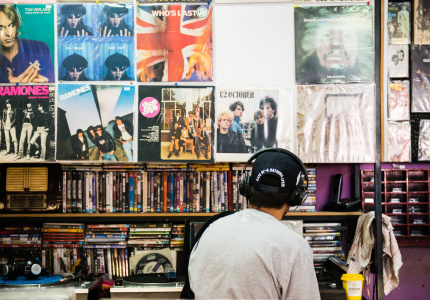 If it's been pressed to vinyl, this shop will stock it. If it's not made with love, Shenkin won't make it. Bitton has steadily become a staple in the little industrial suburb of Alexandria. 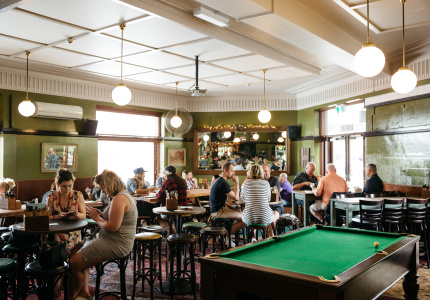 A classic pub amped up with real-deal American barbeque. 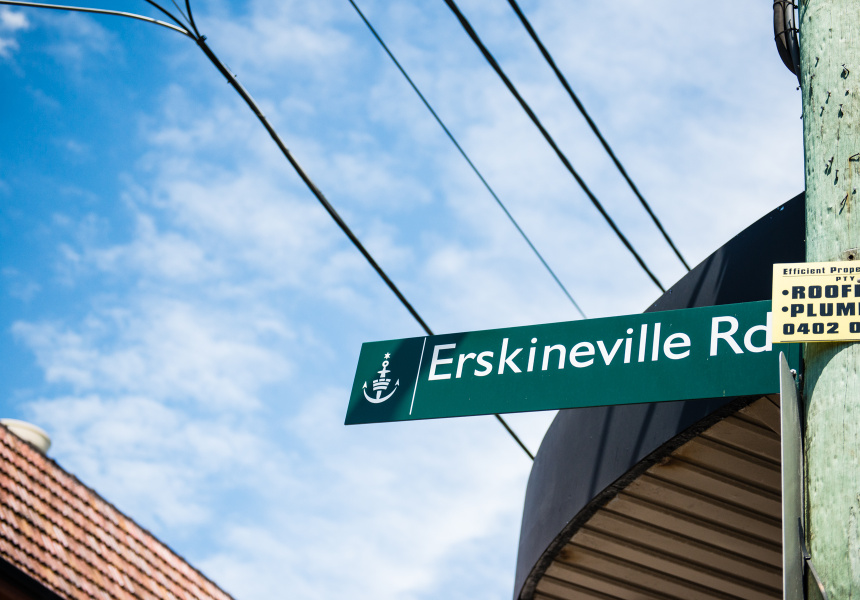 Mamak's buttery rotis and spicy sambals are just the tip of the iceberg.