Yum cha is a Cantonese term. It translates literally to “drink tea”, but it also describes a beloved Southern Chinese tradition – a morning meal centred on tea, dim sum (many different kinds of snacks usually served in steamer baskets), family and friends.

It came to Sydney in the mid-70s with the Mandarin Club in the CBD. Yum cha has since spread to almost every major suburb in Sydney, becoming a weekend fixture for thousands of families and revellers seeking Sunday-morning rejuvenation. Along the way, the yum cha concept evolved too. In Sydney, and in Australia more widely, the idea of yum cha has become synonymous with one particular style of yum cha – dim sum via trolley cart.

These are the best trolley cart yum cha services in Sydney. The restaurants in this guide have the best quality dim sum, the biggest variety of choice and the quickest trolley services. They may not be the cheapest (if you’re after value, try Royal Treasure in Burwood or Vinh Phat in Cabramatta), but they’re the cream of the crop.

This is the busiest yum cha spot in an area with one of Sydney’s highest concentration of yum cha restaurants. Its popularity is down to the range and consistency of the dim sum. Pay particular attention to the cheung fun (silky rice-noodle rolls), and the pork-blood jelly doused in a peppery gravy. 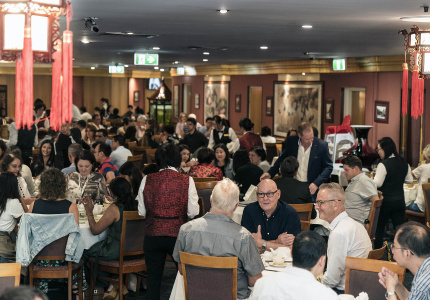 A CBD stalwart with an incredibly consistent fare and heady, atmospheric hustle-bustle. There’s less variety than Golden Sands or other suburban options (shout out to the Dynasty in Belmore), but they make up for that in speed and service – an incredible feat considering how packed this place usually is. 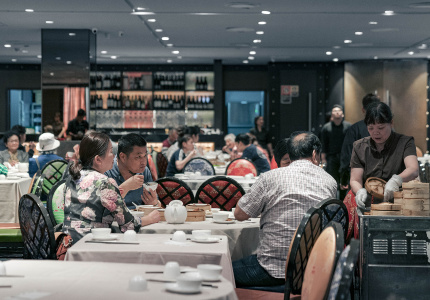 This is no several-decade-old veteran, but rather a slick, modern and slightly more pricey experience. The Eight started in 2011, opened by the owners of Zilver (another quality CBD yum cha) with a mission to show off the diversity of China’s cuisine. While the dim sum menu is solidly Cantonese territory, it’s incredibly expansive with more than 100 options. A Sydney Taoist vegan institution serving yum cha and a big menu of dishes to share.

Whatever you’re doing on your day off, there’s plenty of food and drink to fuel it. 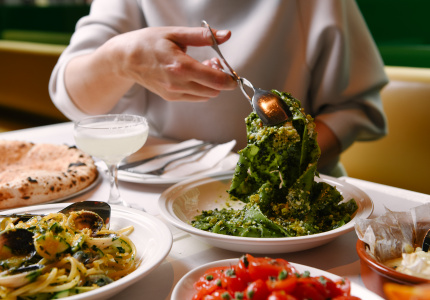 After a Refurb, Merivale’s Bar Totti’s Is Bigger and, For the First Time, Serving Its Signature Pastas How to Throw an Italian-Inspired Summer Feast