It’s tough to say exactly when the taco landed in Sydney. Its arrival can probably be traced back to the advent of the Old El Paso “taco kit” in 1984. And for a while, that’s probably what the form represented to most: a helpful yellow box with (mostly) unbroken hard-shelled tortillas, silver sachets of a mysterious, spicy sauce and taco “seasoning”. Add a cooked protein of choice, grated cheddar and – if you could be bothered – some shredded iceberg to achieve taco nirvana. Thankfully, we’ve come a long way since then.

Today, tacos in Sydney resemble their Mexican counterparts more closely than ever. From where and how they’re sold, such as out of stalls and carpark trucks; all the way down to the traditional ingredients and cooking methods used to make them. (Fresh pineapple and raw onion on carnitas are in, as are imported chillies, and nixtamalised corn tortillas.)

We’re also taking tacos to new places, such as the pub. And it’s increasingly common to see unusual vegan fillings and flavours from other cuisines, such as Japan and Korea, getting a go on the tortilla.

Both styles, authentic and new school, can be found right here in Sydney. 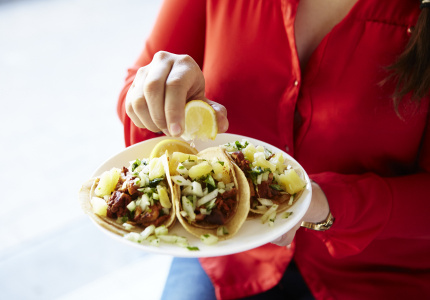 Formerly a roaming catering gig, Rosa Cienfuegos’s permanent location is Sydney’s most legit tamaleria and Mexican general store. The taco with carnitas (pulled pork), pineapple, raw onion and coriander, in a doubled corn tortilla, is as pure an expression of Mexican street food as you’ll find in Sydney. 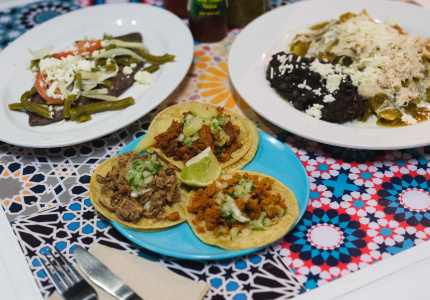 There’s an emphasis on seafood at this Kings Cross Mexican joint. But not as much on the taco front. A vegetarian edge sees cactus, mushroom, and roasted sweet potato make notable appearances, alongside meatier classics. Taco pro Toby Wilson, formerly of Ghostboy Cantina and Bad Hombres, operates two outposts of Rico’s: one at Gelato Messina’s Rosebery carpark and the other at The Grifter Brewing Company in Marrickville. Both sport the kind of pared-back taco menu you’d find at a Mexican roadside eatery. 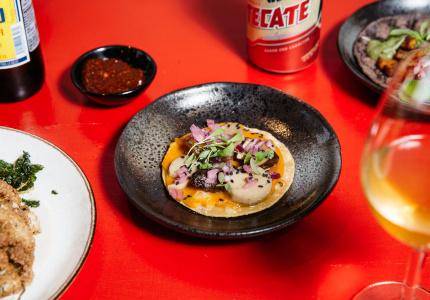 This “Mexican-inspired” diner has an entirely plant-based menu, and it’s all the better for it. The rotating weekly taco list is determined by what’s in season. Plus there’s natural wine and sangria for days. 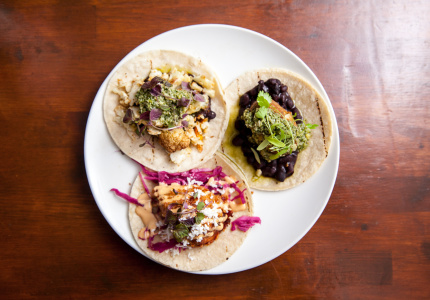 This Glebe mainstay pairs corn tortillas with vibrant, modern fillings. The taco list might include something like prawns breaded with bamboo and activated charcoal, and paired with rainbow slaw, chipotle crema and corn salsa. 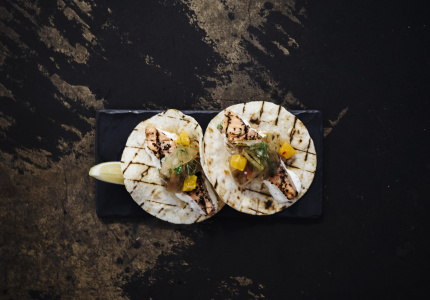 A market-to-table ethos informs the tight little taco list here. There’s usually meat and fish options, but a vegetarian take might involve asparagus, black bean hummus and chiltomate (tomato and chilli) salsa. Don’t forget the outstanding house guacamole – it gets made right at your table. A SoCal take on Mexican cuisine. Enter for fresh and light tacos with fillings such as soft shell crab, crisp prawn or raw tuna, paired with plenty of lime and green chilli. 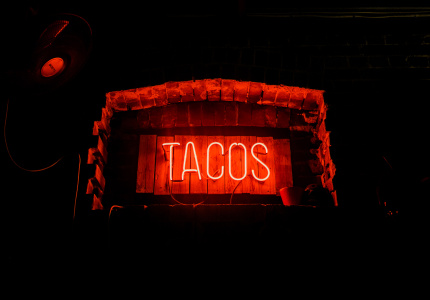 Inventive tacos and big energy hiding at the back of a little arcade off the Manly Corso. You might see modern-style tacos filled with crispy brussel sprouts, beetroot hummus and Oaxaca cheese. But you can bet on the classic Baja fish with cabbage, coriander and lime. 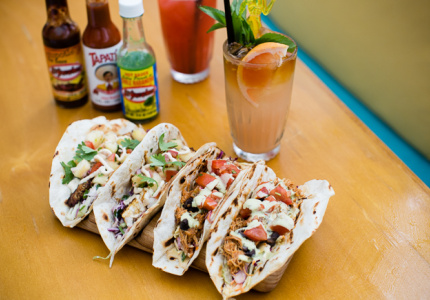 As the name implies, SoCal nails southern Californian-style Mexican. Tacos here are all about light flavours, with a bit of borrowing from Asia and some American fast food know-how. A proper smokehouse handles the low-and-slow meat fillings. 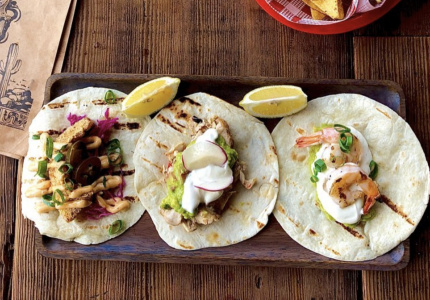 Balmain’s answer to modern Mexican has a stacked list of tacos. It’s one of the few spots in Sydney that regularly features lamb barbacoa on the menu. Go for the taco flight if you’re after some of the greatest hits. 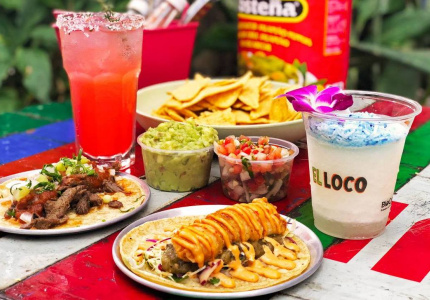 This Merivale bar is home to the tacos secretos – a sort of lucky dip for tacos, where the filling is a surprise until it reaches to your table. Secretos or not, each taco is around $7. We recommend the DIY platters, which are better value for money (and more fun). Try fillings such as baked eggplant and soy-chilli bean sauce or sirloin steak and chimichurri. Sister restaurant to the popular Bondi eatery, located next door to a motorcycle wrecker in Sydney’s south west. There are more than forty types of tequila pouring here, to go with tacos stuffed with crisp prawn or beef barbacoa. 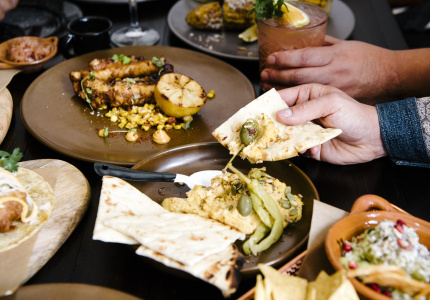 Hacienda of the DIY taco: you select the wood-fired fillings and assemble the taco yourself. It’s so simple, but so fun and practical – not unlike the space itself. The simple white walls, dark timber furniture and Mexican textiles do well to inspire Mexican coastal villa vibes. The tacos chingones (literally “bad-ass tacos”) menu is the star here. Options might range from flat-iron steak to wild mushrooms with zucchini flowers. It’s all made with the flair and elegance you’d find in Mexico City’s thriving restaurant scene, with the space to match. A faithful homage to Mexico’s vibrant cantinas, just above Newtown station. Palm-sized tacos arrive flat and topped with chunky ingredients (think beans with pico de gallo and feta, or pork with pineapple and chopped onion). A bunch of house-made salsas – all made from imported dried chillies – round out the menu. 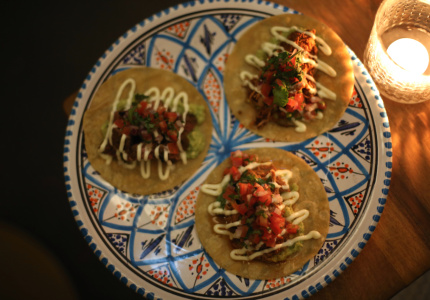 Where tacos are made the traditional Aztec nixtamal way: soaked corn is stone-ground into masa, then flattened and cooked. Stick with recognisable fillings such as fried-market fish or spicy black beans. Or hazard the cheeseburger taco – it sounds wild, but it works. Same goes for the space itself – it’s a Mexican speakeasy with art deco sensibilities. High-end tacos in a heritage-listed, former print shop. Tacos al pastor are filled with slow-cooked pork from the charcoal-flamed vertical rotisserie. And those outstandingly soft tortillas? They’re made in-house with a traditional press imported from Guadalajara, Mexico. Best paired with a shot from the incredible tequila and mezcal selection. There are usually about five tacos on the menu here, hovering around $10 each. Visit for fillings such as cactus with salsa roja and pickled jalapeno, plus a couple slow-cooked meat options. If you’re in a group, stay for the Margherita “tree” – a stand that can hold up to 10 drinks. 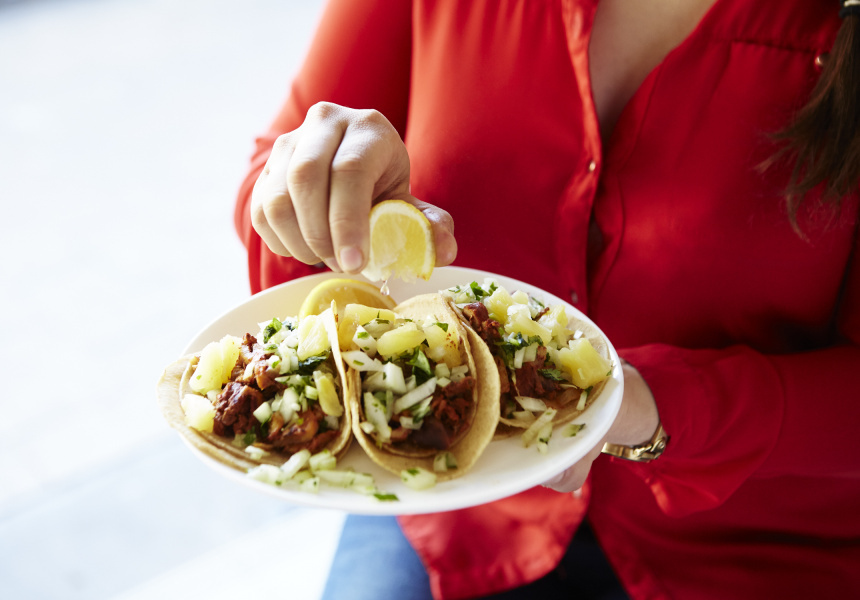 Sprawling beaches with towering surf, hidden away inlets for secluded swims, and plenty of coves with picnic-perfect squeaky white sand. ...